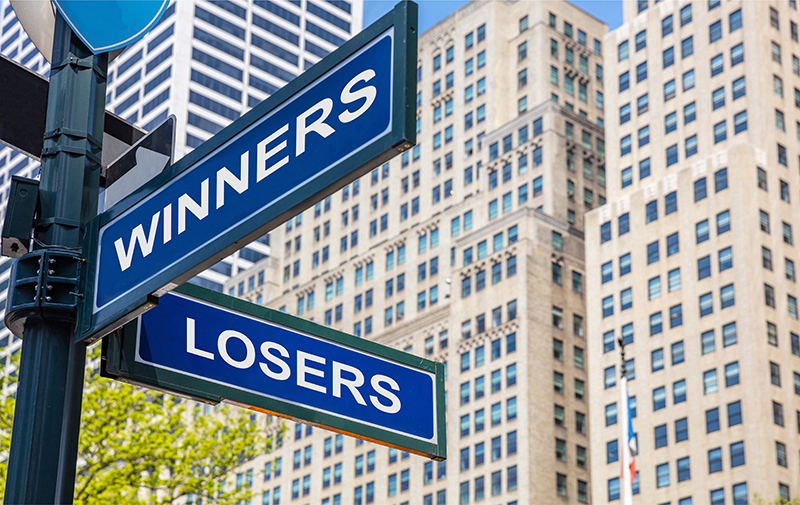 The U.S. government has recently retreated on two fronts regarding the reform of the H-1B program (for college grads, mostly males from India) and for reforms in the Au Pair program (for young women, often from Europe, part of the J-1 program).

In both cases, the government took the industry's position that reforms already made in these programs be abandoned; in both cases they made it easier for employers to hire low-cost alien labor instead of hiring from the pool of some 40 million unemployed Americans. (Each of these cases started long before the virus crisis.)

Hopes that the Trump administration would use the explosion of American unemployment as a rationale to reform abusive foreign worker programs were thus dashed, at least in these two instances. While the losers in both cases were unemployed U.S. workers, the winners were the upper and upper-middle class families who employed au pairs as child watchers, and the big outsourcing companies in the H-1B field, often run by South Indian billionaires. Neither decision stirred up much press attention.

Nor are the programs of comparable size. Pro Publica estimates that there are about 17,500 au pairs in the country, while the size of the H-1 worker population, at any given time, is probably close to one million.

Au Pairs. This decision appears to be an unforced error (to use the tennis term) by the State Department. According to a Law360 article (behind a partial paywall), "the U.S. Department of State will issue the proposed changes to the program, which allows young foreigners to work as child care providers in the U.S. as part of a cultural exchange program, to be 'consistent with the department's longstanding position that the existing au pair regulations preempt state and local law'."

Sounds all very neat and orderly, doesn't it?

It turns out that back in 2014 the then Massachusetts Attorney General, Martha Coakley (D), fought to uphold the state legislature's decision to raise the minimum wage for au pairs to $12.75. There is a pending controversy on this point in the federal courts.

The new wage level would be "a significant increase from the stipend that they had been paid". according to the article.

In the bad old days of the 1960s and 1970s, the conservatives fought minimum wage and civil rights issues on the grounds that the feds should leave such issues to the states. In the current case they argue for "federal preemption". (That phrase does not have quite the ring of the late South Carolina Senator Strom Thurmond's thundering for "states' rights".)

H-1B. The surrender in this field was an agreement between the government and the outsourcing industry that killed a federal policy that was threatening the widespread practice of renting IT workers carrying H-1B visas to American employers. As the San Jose Mercury News put it:

The agreement between the government and the ITServe Alliance, which represents firms that place foreign workers at U.S. companies, requires U.S. Citizenship and Immigration to scrap a 2018 policy memo widely seen as a blow to the IT staffing and outsourcing industry. The memo, which according to the deal made this week must be tossed out within 90 days, requires companies placing H-1B holders at third-party firms to provide the government with evidence for the duration of the requested visa term of where the foreign citizens will work and what jobs they will do.

In this case, ITServe and its allies sued USCIS on the grounds that the rigor of the new rule would have made it very difficult for the outsourcers to stay in business. It said that the outsourcers had to specify where and when they would place H-1Bs well in advance of the granting of the visas. The industry, instead, relies on a veritable stockpile of H-1B workers who can be moved from employer to employer as business opportunities come and go. The government may have sensed that it was about to lose the battle in the courts.

The problem was that the attack on the outsourcers had been a ham-handed one from the start; I am all for terminating the access of the outsourcing companies to H-1B workers, but would prefer to use a different approach, relating to either their undercutting wages in the IT field, or the massive loss of jobs by American workers, or the remarkable extent of out-and-out ethnic and age discrimination in favor of young male workers from the southern part of a single nation, India.

But instead, USCIS chose a technical approach that carried none of the emotional overtones of the three approaches I would favor; and that played into the industry's hand.

I would not like to be an industry lawyer who had to tell a judge that my client simply had to hire thousands of young male IT workers from one small section of one nation, but it would be much easier for such a lawyer to say that the rigidity of the USCIS system would put that client out of business.

On Settlements of Court Cases in the Foreign Worker Field. Decades ago, when I was the assistant for farm labor to the then U.S. Secretary of Labor, the late W. Willard Wirtz, I learned a lesson about the utility of court cases to the government agency being sued. The case dealt with some aspect of farm work now long forgotten and had been brought against our department by a poverty law firm, California Rural Legal Assistance, Inc. I complained to the secretary that CLRA was a friend of the administration and it was stabbing us in the back.

He then explained to me that the lawsuit (apparently not a surprise to him) would allow the department to settle with CRLA on better terms than the department would have been able to secure through policy changes of its own. Some weeks or months later, the industry got to a senior Justice Department lawyer who told the press that Secretary Wirtz did not have to make the agreement he had made. But by then the settlement was firmly in place.

Was something like that percolating in the H-1B case just cited? We will never know.