Do the Stimulus Checks Stimulate Immigration? The Samoa Story 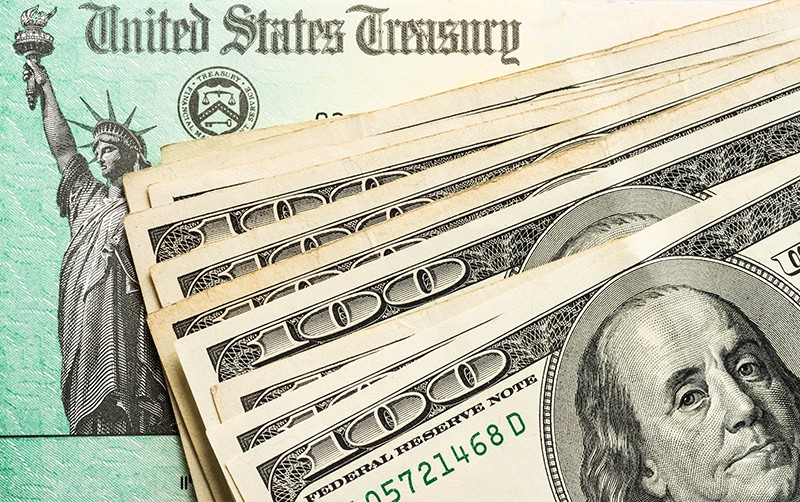 We have long known that whatever the state of the economy or the weather, the Open-Borders types argue that there is a need for more foreign workers. Flood or drought, boom or bust, we "need" more of them they say.

Ten million or more Americans out work because of the virus? They argue we need more foreign doctors and nurses. And more farm workers. That's the macro picture.

The same thing happens in the micro scene of American Samoa, the only U.S. territory that runs its own immigration policy. It is a bizarre story.

As p. 4 of the New York Times tells us obliquely every morning, there is no Covid-19 in the territory. (The paper reports on the incidence of that plague in all the states and in four U.S. territories; there are five of them and the one excluded is American Samoa, which has been immune so far to the virus.)

So is Covid-19-free American Samoa excluded from the $1,400 stimulus checks and other virus-related federal benefits? Well, no. If policy-makers thought about it at all, they probably would have decided:

So, how have the $1,400 checks related to immigration to the territory? Virtually all such migration is from the even more impoverished nation of Samoa (once Western Samoa, and formerly a German, then later a New Zealand colony). Samoa does not have a mother country, as do both French Polynesia and American Samoa, to pay the bills.

American Samoa's employer-friendly migration policy enables the one export industry, tuna canning, to bring in workers from the other Samoa to do the ill-paid and unpleasant job of cleaning the fish. The wage paid to these workers is just a bit over the $5.56 an hour territorial minimum wage, which, like its immigration policy, is set separately from the Mainland minimum wage, according to a recent GAO report. (The Stateside minimum is almost a dead letter at $7.25 an hour.)

So what happens when the $1,400 checks arrived in the bank accounts of those fish-processors who routinely earn some $220 a week? Surprise! Some of them did not show up for work, according to the Samoa News, and this led Star-Kist, the tuna factory, to call for more foreign workers. Thus, in this instance, the stimulus checks lead the Open-Borders types to ask for more migrants.

The company wants the local government to find a way to restore legal work status to people from Samoa who have dropped out of it, and if that does not meet their needs, to admit more aliens on short-term arrangements.

The Samoa News manages to write about all this without mentioning the wage rates offered by the tuna cannery.

When I told my wife about the checks being sent to our Samoa, her sensible response was: "Why isn't some Republican complaining about this?"

The answer is that the only Republican office-holder paying any attention to this issue is the elected (but vote-less) delegate from American Samoa, Amata Radewagen, who is also a member of the Republican National Committee. She is the only GOP member among the non-voting delegates in the House of Representatives from the five U.S. island territories, and she's all in favor of any flow of money from D.C. to her constituents.