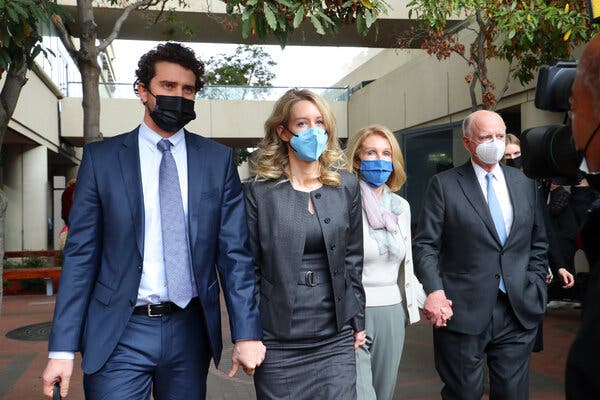 Elizabeth Holmes, the convicted founder and CEO of the failed blood-testing firm Theranos, was (in that role) also a user of the H-1B program.

A California jury found her guilty of four charges of defrauding investors on January 3, while not reaching a verdict on three other charges. Among the defrauded investors were said to be two former U.S. secretaries of State, Henry Kissinger and George Shultz.

Theranos' use of H-1B workers dates back to 2011 and reached its peak in 2016, when it got 33 certifications from the U.S. Department of Labor, and probably secured a dozen or so slots from that year’s lottery. It is generally agreed that employers, because the H-1B program is routinely over-subscribed, usually receive one actual worker for every three certifications awarded.

Although the questionable nature of the firm was first exposed in an October 16, 2015, article in the Wall Street Journal, the firm was granted entry into the H-1B lottery as late as fiscal year 2018. The myvisajobs website does not report any denials.

I saw no mainstream media coverage of the guilty verdict that mentioned H-1B, but Breitbart ran a story titled “Therenos Used ‘Indentured’ H-1B Foreign Visa Workers to Keep Fraud Scheme Operating Under Secrecy”, which reported that:

Former Wall Street Journal [reporter] John Carreyrou cracked the case open in a series of reports at the time and [in] his book titled Bad Blood: Secrets and Lies in a Silicon Valley Startup. In his book, Carreyrou detailed how Holmes and Balwani [Holmes’ boyfriend] used the H-1B visa program to keep their employees quiet and compliant even as the fraud scheme unraveled.

Quoting from the book, the text continued:

For the dozens of Indians Theranos employed, the fear of being fired was more than just the dread of losing a paycheck. Most were on H-1B visas and dependent on their continued employment to remain in the country.

This is yet another reason why questionable employers use the H-1B program.