All while federal OPT and CPT subsidies for its 4,000 foreign students hurt U.S. job-seekers 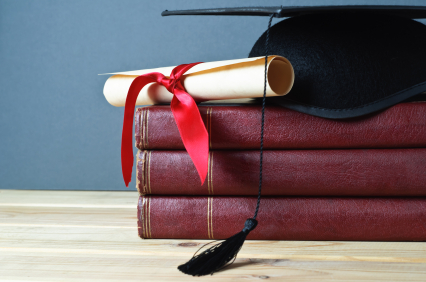 The State of California licenses it as a university, the IRS regards it as a 501(c)(3) charity, and the U.S. Department of Homeland Security permits it to enroll nearly 4,000 foreign students.

Its total revenues, including gifts, investment income, and tuition, came to more than $33.7 million in 2016. Sounds pretty substantial, right?

But if you look a little more closely at the books of Silicon Valley University (SVU) in San Jose, Calif., you will find that, while it paid its faculty no more than $2.1 million in 2016, it "lent" its president nearly $12.5 million in that year.

Was the loan approved by the SVU board? No.

Was the loan agreement in writing? No.

What rate of interest was charged? Probably zero, or close to it.

Had SVU made a prior, $1 million-plus, loan to the spouse of the president? Yes.

Meanwhile, SVU, and hidden federal subsidies available only to employers of current and recent foreign students, took nearly 4,000 jobs from resident workers. SVU is one of hundreds of universities participating in something called Optional Practical Training (OPT), a DHS program that gives the employers of foreign graduates an 8.25 percent tax break for hiring them rather than citizen or green card students. In places like SVU, virtually all students are foreign, and virtually all of them make use of this little known subsidy for aliens, described more fully later.

Did I learn about the massive loan by filching classified records from SVU's finance office? Did I beguile some subordinate to copy them for me? Did I hire a Russian hacker to dig into SVU's electronic files?

No, I simply read a public document online, a document full of damning details that could easily by reviewed by any of the government entities that allow SVU's operations to flourish. It is the IRS Form 990, essentially a report on the income and expenditures of a charitable organization.

Job Losses. The pattern in entities like this marginal college is that the foreign students are virtually all in master's programs, and are thus immediately eligible, as students, for a program called Curricular Practical Training (CPT) (similar to OPT, but for foreign students still enrolled). This allows them to work full-time, and for them, and their employers to be excused from the paying the usual payroll taxes to the Social Security, Medicare, and federal Unemployment trust funds.

Once they graduate, they are eligible for one year or three, depending on their course of studies, for the similar OPT, with the same tax breaks. There is supposed to be a training element in this program, but this is routinely ignored. These tax breaks are available to foreign students and alumni of all universities, top-ranking or bottom-dwelling.

The tax breaks just described are not available either to American students or alumni.

Thus SVU, despite its tangled finances, is, indirectly, taking some 4,000 jobs away from U.S. residents, be they citizens or green card holders. If SVU were not there, these jobs would fall into American hands.

The job loss estimated above is for current students only, those on CPT. An unknown number of former students are also enjoying this subsidy through OPT, and denying jobs to U.S. legal residents. That number presumably is in the thousands.

So the federal government, with one hand, permits a marginal entity like this to exist and to collect tuition from about 4,000 foreign students, while, with the other hand, it is taking at least $9.9 million from programs for the elderly and unemployed (by not collecting payroll taxes) to reward American employers for not hiring American workers.

Strange, but true. We now turn to the internal finances of this institution.

SVU's Remarkable Finances. Let's look at some of the details in the Form 990.

On the first page of this 46-page document we find these figures:

That's a 68 percent profit margin; a profit of 68 cents on every dollar of revenue. That's the kind of bottom line rarely seen outside the drug-smuggling business. It is only because of its remarkable prosperity that SVU was in the position to "lend" its president so much money.

The total revenue, incidentally, was almost all from student tuition payments. There were no gifts to the university in either 2015 or 2016, and, as we will point out later, investment income was almost nonexistent.

Looking at the university's expenditures, we find that (out of the $33 million) "other salaries and wages", that is other than payments to the school's leaders, amounted to $2,051,781 in 2016. All faculty salaries would be in that category, along with some other staff salaries. So you could say that no more than 6 percent of the university's revenues went to the faculty.

Putting it another way, here's a university that spends 94 percent of its income on something other than its faculty. Remarkable.

Further, the then-president and his wife managed to secure "loans" of more than $14 million in 2016, seven times what the university spent on its faculty.

Before we get to the details of the murky "loan" deals, let's touch on three other financial matters that appear worrisome.

Stiffing the Federal Trust Funds. Routinely, American employers, including universities, cover payroll taxes for their employees. The basic rate is 7.65 percent of the payroll, and it goes, along with a similar contribution by the employee, to the Social Security and Medicare trust funds. This is what keeps these two programs, vital to our elderly, funded. Then there is another deduction, usually 0.6 percent, to support the federal part of the unemployment insurance program.

Here is the raw data on this point for three low-ranking universities: SVU, Northwestern Polytechnic University (NPU), and Virginia International University (VIU), all three of which cater almost exclusively to foreign students. The data is taken from the most recent Form 990s of each institution.

Both NPU and VIU seem to be paying reasonable levels of payroll taxes, despite other faults, while SVU is not. The SVU data suggests either a wholesale cheating of the trust funds — by having virtually no employees and lots of contract workers — or a terrible accounting error.

Insurance. While SVU seems to be underpaying payroll taxes, it seems to be wildly overpaying for insurance. Again, let's see how the three low-ranking entities handle that variable.

Why is SVU paying from 3.5 to 11 times the insurance fees that the others are paying? Bear in mind that we are not comparing the SVU experience with some highly respected institution of higher learning dating from the 1800s; the comparisons are with similar marginal organizations.

Investment Income. Let's do one more financial comparison, this time investment income. If an organization is not wasting its funds, it should be able to make several percentage points on its money. Here's the record for the three places we have been following:

So SVU received lots of money, and then mishandled it by substantial margins, even when the comparison is made with two other low-ranked schools.

In this context of SVU ineptness (at best), let's turn to the "loans" to the ex-president and his wife.

SVU's "Loan" to Its Then-President. The records show that Jerry Shiao — a.k.a. Feng-Min Shiao and Feng-Min Jerry Shiao — served as president for many years until January 2017. By August 2, 2017, when the latest Form 990 was signed, the president was Kevin Chang.

The job became vacant again around January 1, 2018, and a help-wanted ad is circulating seeking another replacement.

Shiao's loan is shown (in Schedule L, Part II of the 2016 Form 990) as being $12,451,356. The loan here is noted as not being in default, as not having a written agreement, and not being approved by either the board or a committee thereof. (His wife's loan was approved and there was a written agreement with her.)

Also in the 2016 Form 990, Schedule O, Supplemental Information, we find this note:

One director, former president, took over $12,000,000 and deposited into his personal account. The school is using legal action to recover the fund. For the time being, the amount is recorded as loan to related party.

Note that the name of the individual is not used, nor is there a description of the "legal action", such as the name of a lawsuit brought by the university.

It sounds like there was a dispute in the executive suite and the former president voted himself a golden parachute of more than $12 million.

Several phone calls to SVU, including one to its current CFO, Bonnie Zhu, produced no information on the current status of the loan.

Is Any Agency Doing Anything About This? With all the data shown above, what are the concerned government agencies doing about it?

When the Department of Homeland Security pays attention to marginal colleges, one learns about that because of a raid on the place, as has happened about three times in the last decade, twice in the Bay Area and once in Northern Virginia. No such raid has occurred at SVU. The specific agency charged with the interface between immigration and education, the Student and Exchange Visitor Program (SEVP), part of ICE, which is a subset of DHS, is a consistently sleepy operation, as we have reported frequently.

IRS never talks about its investigations until they are over, but there is no indication that this over-worked, under-funded agency has paid attention to SVU. Besides, the question of whether a charity is really a charity, the problem in this case, may well be low on its priority list.

That leaves the State of California, which is attacking the problem from a totally different point of view and asking for disciplinary action against SVU for a whole series of violations that have nothing to do with anything written above. The state's documentation of its case does not appear to contain a single dollar sign.

It comes as no surprise that, in addition to starving its faculty, underpaying its payroll taxes, and making questionable multi-million-dollar loans, SVU does not handle its educational functions adequately, according to the state agency in charge.

Two days after Christmas 2017, Dr. Michael Marion, Jr., chief of the Bureau for Private Postsecondary Education in California's Department of Consumer Affairs, filed a complaint about SVU, with the support of the state's attorney general, asking that the state's director of consumer affairs hold a hearing that could lead to "Revoking or suspending or otherwise imposing discipline" on the university. The full text of the document can be seen here.

Marion's filing, called an "Accusation", listed 16 different academic problems with SVU, ranging from inadequate filing systems, to hiring outside recruiters, to letting students with inadequate English participate in courses taught in English only.

SVU also was accused of failing to "to indicate that non-resident students of California are eligible for protection under and recovery from the STRF." That is the Student Tuition Recovery Fund, a program that protects students from exploitative universities.

I mentioned the turnover in the SVU's president's office, and the accusation seems to pick up on this issue as well. The Thirteenth Cause for Discipline includes this text:

CIS will share our findings with California's Bureau for Private Postsecondary Education.