Belize: The Central American Nation that Creates Few Problems for the U.S. 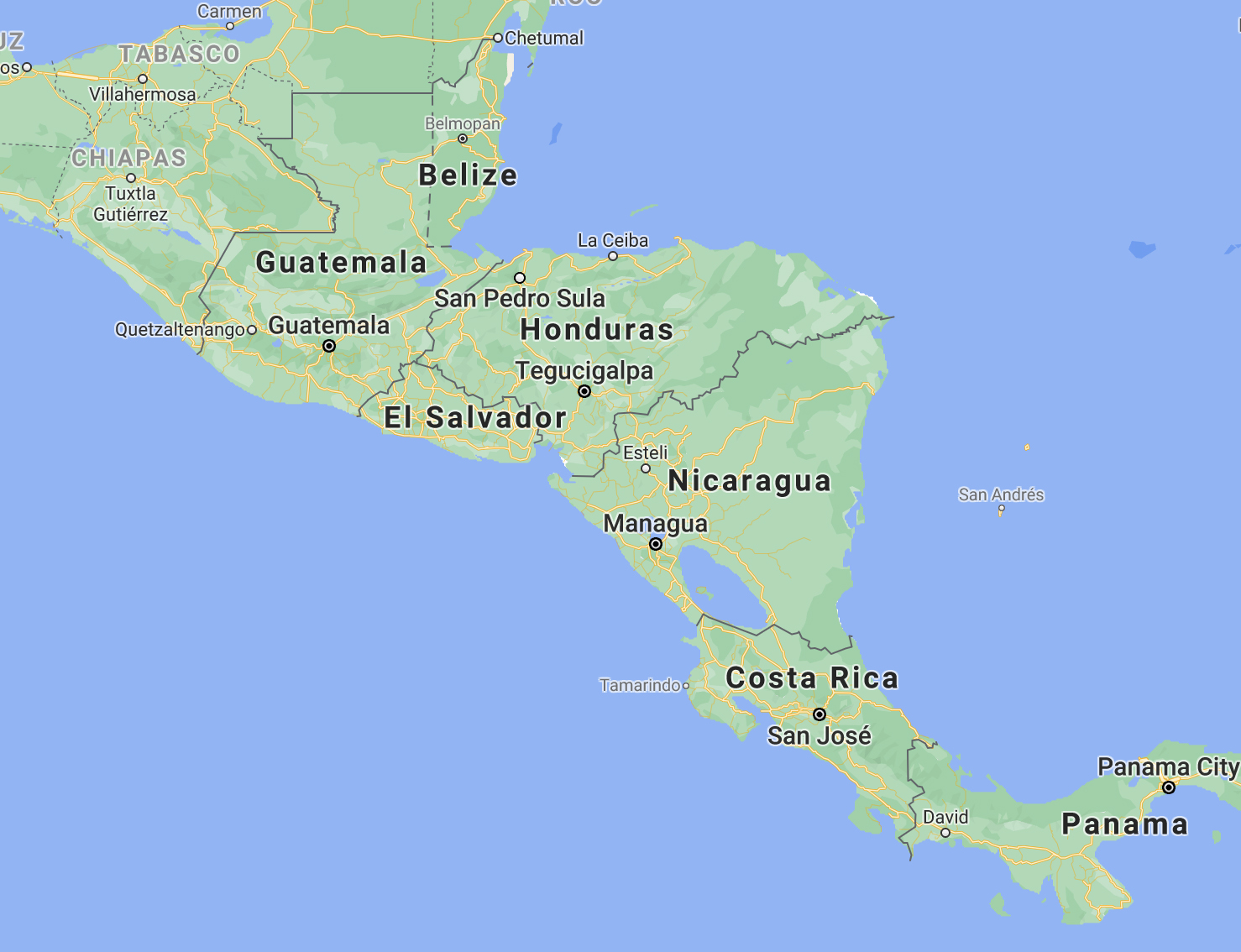 Looking at a map of Central America, one notices that, between Mexico and the troublesome Northern Triangle (NT) nations of El Salvador, Guatemala, and Honduras, there is another nation: Belize.

It is in the same neighborhood, and has roughly the same levels of poverty as the countries in the Northern Triangle, but we never hear about illegal aliens from that nation coming to our southern border, even though it is a bit closer to Texas, than, for instance, El Salvador. Then there is the oddity unknown to most: Mexico borders on two English-speaking nations, the U.S., and, on its southeastern border, Belize, as well as one Spanish-speaking one, Guatemala.

What's going on, or not going on here, and what can that tell us?

Let's start with the basics. The four countries have roughly the same climates. The three Northern Triangle countries threw off Spanish colonial rule about 200 years ago; Belize, once British Honduras, left the British Empire (peacefully) only 40 years ago. There have been revolutions and coups in the other Central American nations, but not in Belize, which routinely has peaceful transitions of power following elections. Third-World levels of corruption are present in all four nations.

The three NT nations are populated primarily by Mestizos (of mixed Spanish and indigenous background) while the dominant population in Belize is Black. Belize is less mountainous than its neighbors, meaning that there is more land, proportionately, for growing crops; Belize's highest peak is 3,681 feet tall, while that of adjacent Guatemala is 11,413 tall.

Do any of these factors of history, ethnicity, and geography bear on the migration patterns? We will get back to that later.

As noted, the poverty levels of the four nations are in the same ballpark. Using a measure called purchasing power parity (PPP), per capita income for the four are as follows:

So Belize, if anything, is more depressed than the NT nations, generally. (By contrast the PPP per capita income in the U.S. is $66,080.)

Given all this, what does Border Patrol data tell us of apprehensions by nation of origin at the southern border? This was what was reported in 2019:

For every Belizean caught by the Border Patrol that year, there were 1,361 Guatemalans.

Population size would seem to be the most important variable, with these being 2021 estimates rounded to the thousands:

Another way of looking at this is to compare the two most recent sets of figures. What percent of these nations' current populations showed up in the Border Patrol's apprehensions data in 2019?

In other words, both the raw numbers of illegals, and the ratio of apprehended illegals to the sending population, show that Belize makes only the slightest addition to the pressures on the border.

Let's look at two more statistical comparisons, both relating to population. First, what is the population density in these four counties, as measured by population per square mile? The differences are enormous.

Finally, what are the total fertility rates (the number of lifetime births expected from the average woman) in the four nations, and in U.S. and in Mexico, with 2.1 being the replacement level. The differences are more modest here, but still significant:

Apparently, the crowding in El Salvador, which is of long standing, has already made an impact on its birthrate, which is lower than I would expect. Belize's rate is higher than replacement, but there is such a small population on so much land that it is a low priority.

Heavily populated, tightly packed Guatemala, with the highest birth rate, and the closest NT nation to the Rio Grande, is of most concern.

The answer is yes, on a long-term basis. We should, of course, as my colleagues have argued, have a sensible short-term policy, including the instant repatriation of children and teenagers to their homes in the Northern Triangle. These trips home should be on nice planes, and should be made only after the kids have been vaccinated, and arrangements made for them to be met by their parents or other relatives.

On a longer-term basis, this data, besides explaining why Belize is not one of our problems, suggests that:

Let me elaborate on the first and third bullets.

I read recently that U.S. policy toward reducing the pressure on the southern border is seriously handicapped by the corrupt nature of the NT governments, but that Guatemala seemed to have less of a problem of this kind than the other two. Faint praise, to be sure. The report was that the Biden White House, for this reason, was thinking of concentrating its migration-reducing activities on that country. Our analysis above leads to the same conclusion, for different reasons.

As to the possible policy of encouraging, with dollar incentives, movements to Belize and Costa Rica from Guatemala, for example, we run into an ethnic quandary with the former country. Lightly populated, Black Belize feels threatened by heavily populated, Mestizo, and adjacent Guatemala, which formally claims more than half Belize's territory. (For years after its departure from the British Empire, the RAF kept a few fighter jets located in Belize, just for that reason. I think they left in 1993.)

Perhaps the movement of a non-Spanish-speaking indigenous population into empty places in Belize would be more welcome by the locals than the transfer of a Spanish-speaking group.

A Memory of Belizeans. About 40 years ago, at a time when the old INS was part of the U.S. Department of Justice, I landed a research contract with it dealing with the staffing of ports of entry. The new head of research and statistics at the time was a protegee of the then-AG, the late Elliot Richards. He had an open mind and welcomed new ideas.

One of the contracts we had dealt with a narrow question: What would happen to the incidence of turn-backs at the ports were the staff to be given as much time as they needed to examine arrivals more carefully? So we sent, with INS approval of course, a picked team of half a dozen examiners (all volunteers for this assignment) to various ports and gave them as much time as they needed to interview (and act upon) a sampling of the new arrivals. They produced about seven times as many turn-backs as the average, a not surprising conclusion.

When I was on the Texas border with that study, I talked with one of our examiners. We were discussing a problem that no longer exists, that of a false verbal claim of U.S. citizenship. In those days a returning American without documents could successfully claim admission.

He said that he ran into this problem from time to time with people from Belize, falsely claiming U.S. citizenship. I asked if their accents gave them away. Yes, he said, and also their walk, which was different than Americans’.