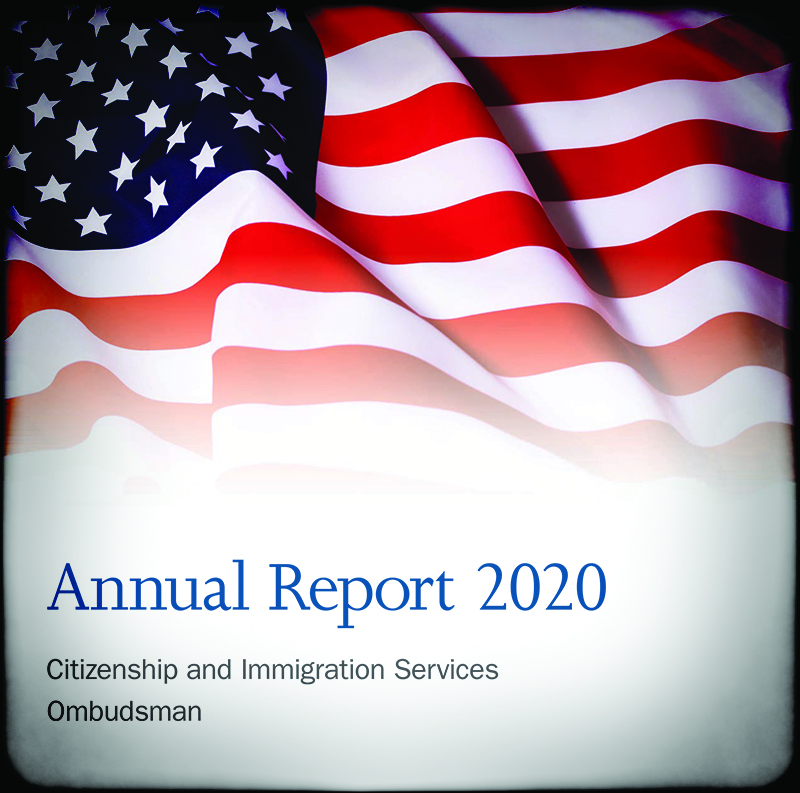 The annual reports of the government-funded agencies critiquing other government agencies, such as those of the Government Accountability Office (GAO), the various inspectors-general, and the USCIS Ombudsman's Office, tend to be worthy, careful, and often dull documents.

But sometimes there's a gem or two hidden therein, which is the case for the recently released USCIS Ombudsman's report.

The office, an unusual one in the federal government, is designed as an appellate system for individuals unhappy with USCIS decisions on certain benefit applications. It also makes recommendations (usually gentle, sensible ones) on how USCIS processes could be improved, which occupies most of the text of its most recent report.

The organization, a small one with 29 employees (as shown on p. 83 of the most recent budget) is a segment of the main Department of Homeland Security, not USCIS (which is also a unit within DHS). It is in Washington and has no field staff.

What I found most interesting, if not necessarily most important, in the report were its accounts of the new denaturalization operation and the government's allocation of resources among some of the programs.

The Trump administration, with a certain fanfare, started the denaturalization effort a couple of years ago, as my colleague Dan Cadman reported at the time; he was dubious of the unit's prospects, as outlined by DHS. The general idea was to look around for past mistakes made by USCIS when it had naturalized people it should not have, and to reverse that process. The unit doing the work is the Benefits Integrity Office (BIO).

According to the p. 36 of the report, there is a full-time staff of 64 working on this problem, it has identified 3,569 cases as worthy of further examination, concluded that 2,563 of them are "potentially subject to denaturalization", and referred 490 of these cases to the Department of Justice, which has started court proceedings in 42 instances, 22 of which have resulted in denaturalization orders.

My sense is that this is much spinning of wheels without many results, and a waste of staff time. The report's recommendations are more gentle, including that the government should:

1 . Inform the public of BIO's standards and review process.

So if 64 USCIS staff members are seeking past errors in the naturalization process, how many people within the Ombudsman's Office are helping individuals who are having problems with current USCIS adjudications? It varied from a low of seven to a high of nine, as the report shows on p. 4. There were 9,804 requests for assistance in the year covered; so each of the folks working on direct people-contact had more than 1,000 cases a year.

The contrast between the 64 at USCIS and the seven to nine in the Ombudsman Office is not made in the report. Nor is the size of the Ombudsman Office's staff, 29, which comes from budget documents. Given the length of the report, the details it covers, and its huge collection of footnotes (583 of them), maybe as many people were employed writing the report as dealing with the agency's clients.

Another resource allocation decision deals with how USCIS handles the Optional Practical Training Program, one of the six subjects given full coverage.

My sense is that there are three problems created by OPT, which provides subsidized jobs for some 200,000 foreign alumni each year, as we have reported frequently:

In the current Ombudsman's report, the first issue is not mentioned and the second is kissed off as something the Office would not deal with, while the third (a genuine problem to be sure) is the subject of detailed analysis, much of it digested from other government reports.

In addition to its focus on denaturalization and OPT, there are long sections of the report on four other matters:

Each of these discussions, as we suggested earlier, are detailed, worthy, heavily footnoted, and not terribly surprising.