Mexico's "Silicon Valley" Willing to Take H-1B's from the U.S. 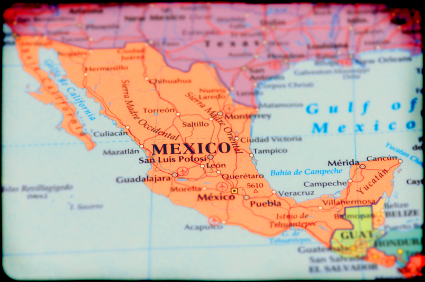 Over the weekend, the governor of Jalisco, Mexico, noted that his state is prepared to welcome individuals from countries like India that live in the United States and are uncertain of the future of H-1B visas.

The H-1B visa program allows people to work legally and temporarily in the United States. The H-1B classification ostensibly applies to persons in specialty occupations that require the theoretical and practical application of highly specialized knowledge.

In an interview with the Spanish outlet EFE, Jorge Aristóteles Sandoval Díaz said, "Given the restriction and threat of President (Donald) Trump to H-1B, the [special occupation visa], Jalisco raised its hand. Listen, they are not wanted there, here [we] do." He added, "We want brilliant people here and if all those who go from India, Japan, China, Israel to the U.S. and Canada are almost half the developers of the main international firms, I say 'come here', here they have everything and are three and a half hours away [from San Francisco]."

Furthering the image of Jalisco as the "Mexican Silicon Valley", Governor Martínez noted, "Many companies are generating their developments in Guadalajara; they already have a base here," including some innovation centers that are in Silicon Valley. Jalisco just hosted its eighth Campus Party, a technology forum where thousands of youths participate in a "Hackathon".

During his campaign, President Donald Trump pledged to end the use of the H-1B visa program as a cheap labor subsidy, and ensure American workers are hired first. To date, the administration's delivery on President Trump's campaign promise has been marginal. The United States Citizenship and Immigration Services (USCIS) issued a press release titled "Putting American Workers First: USCIS Announces Further Measures to Detect H-1B Visa Fraud and Abuse". The announcement outlines a series of measures to be instituted, including taking more targeted visits to H-1B petitioners and worksites of H-1B employees. Additionally, USCIS temporarily suspended premium processing for H-1B petitions in April. Premium processing is a service offered by USCIS for various visa petitions. The applicant pays a fee and USCIS guarantees a decision on the petition in 15 days. Such an expedited process does not allow for much scrutiny. However, last month USCIS announced it will incrementally reintroduce premium processing.

Recently, USCIS also published a decision that now requires those seeking the master's exception in the H-1B lottery to have a degree from an accredited institution. As my colleague David North has noted, this may be the most concrete move to rectify the H-1B program thus far.

Thus far, President Trump has shown only a wavering commitment to reducing legal immigration. So the welcome mat extended to H-1B visa holders and H-1B visa hopefuls from Jalisco's governor may be premature.