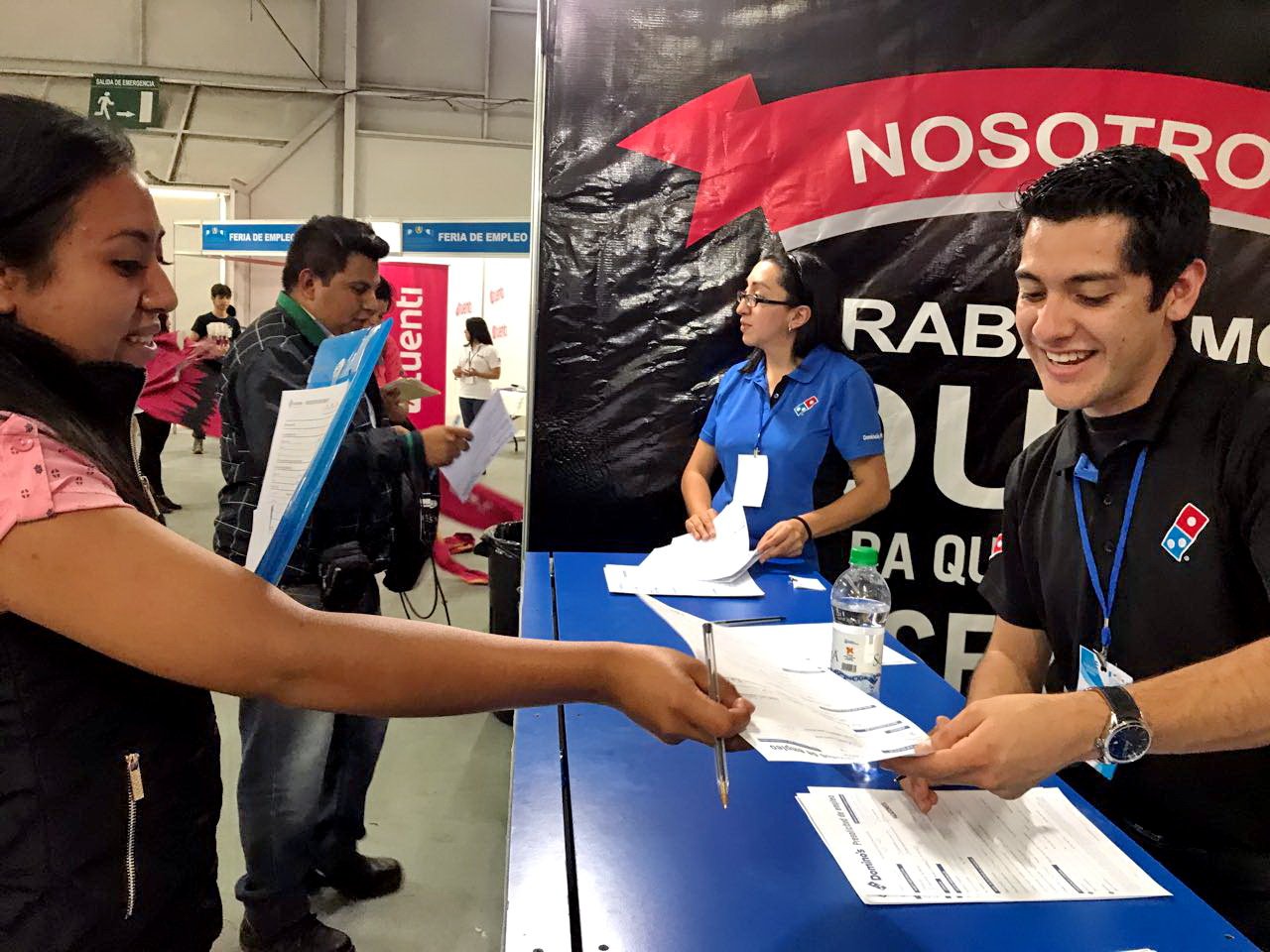 Last week, Guatemala's Ministry of Labor and Social Welfare hosted a national job fair. The tagline for this event was "More Employment, Less Migration". Recognizing the lack of economic opportunities as the primary factor for emigration, the Guatemalan government worked with about 70 companies in the private sector to market approximately 8,000 job opportunities.

According to the Ministry of Labor, over 7,000 individuals attended Monday's National Job Fair. The Guatemalan government holds two national job fairs each year and several others at the local level.

In her remarks, Teleguario introduced the objectives of the job fair. She stated the goal of the event was to create new jobs for Guatemalans so that, "they don't find themselves in need to seek in other countries, what they can't find in Guatemala." She continued: "Because the fundamental reason for migration, according to the International Labor Organization, is the lack of employment." In closing, Teleguario reiterated that job creation is an essential tool to reducing emigration.

Thereafter, Antonio Malouf, as a representative of the private sector, commented on the effects of mass emigration on the family and Guatemala's development:

This is precisely the foundation of our society's progress, the well-being of families. We all want happy, united, and solid homes. And that is why it is necessary to stop migration. It is a tragedy that in Guatemala 9 of 10 migrants leave as a result of economic problems. Our country must retain that talent. ... We cannot continue to see more homes destroyed by this social phenomenon.

Based on Census Bureau data from the 2016 American Community Survey (ACS), Guatemala was among the sending countries with the largest numerical increases of immigrants (legal and illegal) living in the United States since 2010 (up 104,883).

In line with the theme of the event, "more employment, less migration", U.S. Ambassador Arreaga spoke on the educational and economic conditions of Guatemalan youth. Per the ambassador, 1.6 million Guatemalan youth do not attend school. The unemployment rate of youth ages 15-24 is five times higher than the rest of the population that is economically active. As such, Arreaga made the following statement, "My government is committed to continue working so that young Guatemalans have the opportunity to build a better future and have no reason to seek opportunities outside their country."

As the final speaker, President Jimmy Morales emphasized the importance of creating jobs and fostering the skills of Guatemalan youth for the prosperity of the country. He also recognized that the corruption levels in Guatemala do not foster investment, which leads to economic growth. Therefore, the Guatemalan president made a commitment to continue to address employment and corruption issues, in order to limit emigration and retain Guatemala's human capital.

The event made several headlines, such as "Government Hopes to Reduce Migration with Job Fair". This is a severe contrast to headlines in the U.S. mainstream media, which continue to propagate the narrative of "all migrants are fleeing violence" and largely ignore the economic factors that influence Central American migration.