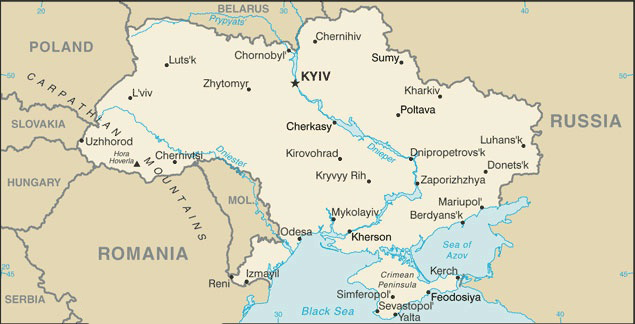 The House of Representatives approved H.R. 7691, the “Additional Ukraine Supplemental Appropriations Act, 2022” last week, and the Senate is expected to pass it as well, despite a delaying effort by Sen. Rand Paul (R-Ky.). According to the House Appropriations Committee press release, the bill will “provide more than $40 billion in emergency funding to support the Ukrainian people and defend global democracy in the wake of Russia’s unprovoked attack on Ukraine.” Despite the seemingly straightforward bill title and statement from Chairwoman Rosa DeLauro (D-Conn.), legislation in Congress is rarely narrowly tailored.

As it turns out, the White House’s funding request included several immigration provisions that have nothing to do with Ukraine. Their attempted inclusion is the latest example of the "never let a serious crisis go to waste" mantra coined by then-President Obama’s chief of staff, Rahm Emanuel.

So what are the unrelated immigration provisions the Biden administration wanted included in a bill being sold to the American public as providing funding and weapons for the Ukrainian government?

Green cards for visa-less Afghans. As part of last summer’s disastrous withdrawal from Afghanistan the Biden administration allowed approximately 70,000 unvetted, visa-less Afghans into the United States. Initially, the Biden administration and its allies in the media assured the public that all the Afghans were eligible for Special Immigrant Visas for meaningfully assisting the war effort. That claim was quickly proven untrue and the messaging apparatus shifted to calling them “Afghan evacuees”.

Having already unlawfully allowed all of these visa-less Afghans into the country through a categorical use of the Department of Homeland Security (DHS) secretary’s parole authority, the Biden administration doubled down on its efforts to ensure they are never returned home. Section 212(d)(5) of the Immigration and Nationality Act (INA) allows the DHS secretary to parole an otherwise inadmissible alien into the country only on a case-by-case basis and for “urgent humanitarian reasons or significant public benefit”. Instead, Secretary Mayorkas indiscriminately paroled in the entire Afghan population on those airplanes in blatant disregard of the narrow statutory eligibility requirements.

By regulation, a paroled alien may apply for a discretionary work permit, meaning the alien is not entitled to it and a USCIS adjudicator could deny the request based on the totality of the evidence presented. As I scooped last September, Biden political appointees at U.S. Citizenship and Immigration Services (USCIS) ordered adjudicators to approve parole-based work permits (which DHS gave out for "free") for these Afghans before lengthy national security and background checks could be run, and “resolve” derogatory information later. As a likely result of this policy decision, a number of these Afghan “parolees” have committed heinous crimes against Americans, including rape.

More recently, the Department of Defense (DoD) Inspector General’s (IG) Office issued its "Evaluation of the Screening of Displaced Persons from Afghanistan", an assessment of how the Biden administration handled the screening, vetting, and transportation of these Afghans. The nearly 30-page report will keep you up at night, as the IG summarizes its findings as, “The United States faces potential security risks.” Or as my colleague Andrew Arthur succinctly put it, the IG report “is a chilling indictment of vetting failures.”

And yet, it is this population that Team Biden wanted to give green cards (and path to U.S. citizenship) to. An unnumbered section in the original legislative text of the Ukraine bill authorized the DHS secretary to “adjust the status” to lawful permanent resident (LPR or green card) of any Afghan parolee allowed into the country between July 31, 2021 and September 30, 2022 (not a typo) provided he or she has maintained parole status for at least one year. The language waives three grounds of inadmissibility: public charge (INA 212(a)(4)); the alien will not negatively impact American workers (INA 212(a)(5)); and the visa requirement (INA 212(a)(7)(A)).

But that’s not all. Any “spouse or child” of the principal alien would also have been able to get a green card at any time in the future if they can physically get into the United States. This was literally an invitation for marriage fraud. The legislation also had a token reference to requiring the alien to “clear[] any additional background checks and screening”, but that language is toothless and, from what I hear from DHS sources, the fraud and national security vetting teams have all but been sidelined by Secretary Mayorkas and the other political appointees.

The good news is this language was struck from the version that the House voted on. But its attempted inclusion should worry any American concerned with national security or immigration integrity. This is also not the first time an Afghan amnesty provision was attempted to be inserted into a funding bill so I suspect this is not the last we’ve seen of this legislative language.

Green cards for Russian STEM graduates. A separate provision from the White House request would have given an unlimited number of green cards to Russians (and their spouses and children) with an advanced degree in science, technology, engineering, and mathematics (STEM). The draft legislative language would accomplish this by amending section 203(b)(2) of the INA to eliminate the requirement that an employer has “sought” out the foreign worker and file the green card petition on behalf of the alien. In practice, this means Russians with advanced STEM degrees, whether earned in the U.S. or the “foreign equivalent”, would be granted LPR status (and a path to U.S. citizenship) without even having to have a job, provided they “are seeking admission to engage in work in the United States in an endeavor related to” STEM. What counts as an “endeavor” is unclear and the DHS definition of STEM is extremely broad and includes a number of majors that a reasonable person would not consider to be part of the hard sciences.

If that isn’t enough, the White House would exempt these Russians from the green card cap for the next four years and require USCIS to approve the petition in less than 90 days. Given the extended waiting time many other alien workers have endured for their employment-based green card, this provision necessarily means they will be further delayed and these Russians will jump to the head of the processing line.

What is the justification for this provision, beyond increasing immigration? According to the White House, “This authority would help the United States attract and retain Russian STEM talent and undercut Russia’s innovative potential, benefitting U.S. national security.” The president’s request fails to explain how doling out green cards to Russians “undercuts Russia’s innovative potential” nor how it benefits U.S. national security.

Like the Afghan green card giveaway, this was struck by lawmakers from the version of the Ukraine bill that appears poised to become law.

“Uniting for Ukraine”. While Republican lawmakers held strong in the negotiations on the two green card provisions, they did agree to put American taxpayers on the hook for the administration’s unlawful categorical parole program known as “Uniting for Ukraine”. As I explained in TownHall, “Uniting for Ukraine” is not humanitarian relief but, instead, is a family reunification program that allows Ukrainians to come to the U.S. who otherwise do not qualify for a visa. The beneficiaries of this program are safely resettled in Europe (where they already have a temporary immigration status, work permit, and free healthcare), and will be allowed into the country if they have a U.S. sponsor. Most sponsors will likely be family members, but the program allows nongovernmental organizations (NGOs) to assist the sponsors.

When DHS was created after the 9/11 terrorist attacks, USCIS was established as a (largely) fee funded agency, reflecting Congress's view that American taxpayers should not have to pay for legal immigration. The allocation of $900 million for the resettlement of these Ukrainians violates that principle. Specifically, the taxpayer money is available through September 20, 2023, for “Refugee and Entrant Assistance” for Ukrainians paroled into the country. If this sounds familiar, that’s because the language is identical to an earmark Congress included in the stop-gap funding bill for the Afghans. Here’s how I described it at the time:

This earmark is a taxpayer-funded bonanza to the immigration groups supportive of the Biden administration. The bill allows Congress to dole it out as grants and contracts to non-profit organizations for “culturally and linguistically appropriate services, including wrap-around services during temporary housing and after resettlement, housing assistance, medical assistance, legal assistance, education services, and case management assistance”. The funds may also be distributed to the states, presumably those that allow the most Afghans to resettle in their jurisdiction.

Just swap “Ukrainians” for “Afghans” and otherwise the analysis holds true. And I cannot underscore enough the use of “entrant” in these provisions as a catch-all to cover all of the aliens who do not actually meet the statutory definition of “refugee”. This is a common ploy of the Biden administration to publicly claim these populations are refugees but then have to insert legislative language that “deems” them as refugees. If they were refugees, no deeming would be necessary. (My colleague Nayla Rush recently examined this expansion of refugee assistance to more and more categories of aliens who are not refugees.)