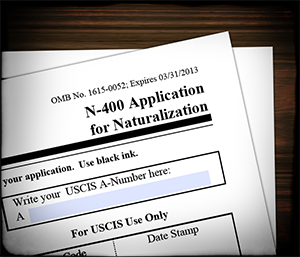 Last month, U.S. Citizenship and Immigration Services (USCIS) announced it was scrapping the just-completed revision to the naturalization civics test (2020 test) and reverting to the previous version (2008 test). I criticized the decision as a baseless political stunt that diminished the hard work of career professionals who devoted several years to revising the test. I also predicted that reverting to the 2008 test in a phased manner would "inject[] uncertainty and confusion into the naturalization process." Based on the questions raised during the March 3 webinar the agency hosted on the test, my prediction was spot-on.

For starters, USCIS still is unable to articulate a sound reason for discarding the 2020 test. Regurgitating the language from February's press release, the communications staffer leading the webinar cited President Biden's Executive Order 14012 directive to "eliminate barriers and make the [naturalization] process more accessible to all eligible" applicants. She then repeated the agency claim that "USCIS determined the 2020 civics test development process, content, testing procedures, and implementation schedule may inadvertently create potential barriers to the naturalization process." While EO 14012 does not define "barriers", it does call for the removal of real, concrete barriers not mere speculative ones. The garbled USCIS "determination" does not align with the EO given its multi-qualifier framing ("may", "inadvertently", "create", "potential"). Instead, the decision is purely political, but the agency's leadership refuses to take ownership of the true reasoning underpinning the move. The result is poorly worded press statements that create a barrier to proper reading comprehension.

Blinded by their animosity toward a test that was developed during the Trump administration, the Biden political team clearly did not think out the operational impact of dumping the test. Under the phased approach, a naturalization applicant falls into three potential scenarios depending on (1) when the applicant filed his or her N-400; and (2) when the naturalization interview is scheduled. By way of example, Applicant A and Applicant B both filed their respective N-400s on the same day between December 1, 2020, and March 1, 2021. They both take the same version of the civics test, right? It is not that simple. For reasons unexplained on the webinar or anywhere else, USCIS has decided that April 19, 2021, is the magical interview cutoff date for which version of the test an applicant may take. Under my hypothetical, Applicant A's interview is scheduled for April 18, 2021, while Applicant B's is scheduled for April 21. According to the USCIS plan, Applicant A may choose which version of the test to take (2020 or 2008) while Applicant B, who filed the N-400 on the same day as Applicant A, gets no choice and must take the 2008 test. Any naturalization applicant who files the N-400 after March 1, 2021 (again no justification for this cutoff date), similarly has no option and must take the 2008 test.

To make the options visually appealing, USCIS even created a table that maps out each option ahead of the webinar. Straightforward? Apparently not. Nearly every question that was fielded during the "Q&A" segment was some iteration of "which test" does an applicant take under various scenarios. Sensing the confusion and constantly repeating the three different scenarios, a USCIS representative offered up, "Hopefully this chart is helpful." Additionally, the representative went into great detail describing the different colored flashcards the agency makes available for each version of the test. Interested in using the USCIS app to study for the 2020 test? You're out of luck; it only contains materials for the 2008 version.

For a leadership team that claims to be focused on "customer service", Biden's USCIS appointees may have some very dissatisfied "customers" over the next two months. This would be amusing if not for the fact that the stakes are so high — naturalization is the most significant immigration benefit the agency offers. The agency representatives who influenced the decision, none of whom were political appointees, again confirmed the Washington Times' reporting that the 2020 version of the test has a higher pass rate (95 percent) compared to the 2008 version (91 percent). It will be interesting to see what happens to the pass rate in the next two months as the prospect of an applicant studying for the wrong version of the test is very real. Ironically, it may be the Biden administration's decision to scrap the 2020 civics test that erects a barrier to naturalization.