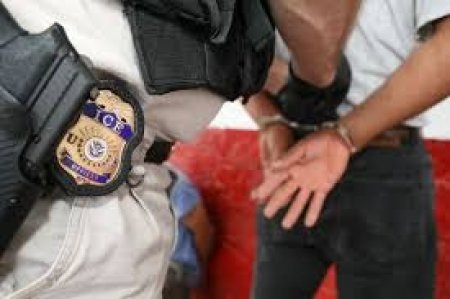 ICE agents recently conducted enforcement operations in Philadelphia and in the Midwest states of Iowa, Nebraska, Minnesota, South Dakota, and North Dakota. In all, ICE agents arrested 127 individuals, the majority (93) of whom had prior criminal convictions or pending criminal charges.

Iowa, Nebraska, and Minnesota all have counties or cities with anti-enforcement sanctuary policies. The Midwest operation led to the arrest of 78 individuals, 62 of whom had criminal convictions. Most of those arrested came from Mexico (35), Guatemala (11), and Honduras (10).

The crimes associated with those arrested in the Midwest are particularly heinous, including rape, sexual assault of a child, and prostitution-hiring of a child under the age of 16.

Thirty-one of these individuals had been previously deported and subsequently re-entered the United States, demonstrating the relative ease with which deported aliens can return to the interior of the United States following deportation.

In a separate operation, ICE agents arrested 49 individuals in Philadelphia, which the Department of Justice identified in 2106 as one of the worst sanctuary cities in the entire country. Of those, 31 had criminal convictions or pending charges and six had re-entered the country after a previous deportation.

ICE previously issued detainer notices for 14 of these individuals in local custody. Instead of honoring the detainers, Philadelphia officials released them back into the community, forcing ICE to make potentially dangerous at-large arrests, which can endanger agents and bystanders.

ERO Philadelphia Acting Field Office Director Gregory Brawley remarked that "some of these dangerous individuals had been released to the streets instead of being turned over to ICE on our detainers, which compromises the safety of the homeland that ICE officers strive to protect every day."

In each of the news releases, ICE pushed back against criticism that its agents indiscriminately target random aliens. Rather, "[these] operations targeted public safety threats, such as convicted criminal aliens, gang members, and individuals who have violated our nation's immigration laws, including those who re-entered the country after being deported and immigration fugitives ordered deported by federal immigration judges. Reports to the contrary create panic and put communities and law enforcement personnel in unnecessary danger. Any groups falsely reporting such activities are doing a disservice to those they claim to support."

This continues ICE's growing list of successful large-scale operations throughout the country targeting criminal aliens. Many of these occur in sanctuary cities, where routine immigration enforcement is purposely hindered by local jurisdictions. As long as sanctuary communities continue to shield criminal aliens from ICE, its agents will be forced to continue engaging in large, targeted operations such as those in Philadelphia and the Midwest.