By Preston Huennekens on November 3, 2017 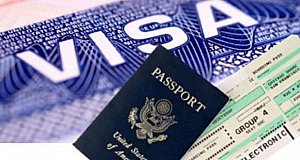 The Immigration Act of 1990 permanently established the Diversity Visa category. The program benefits individuals from nations that send relatively few immigrants to the United States. Eligibility is straightforward: One needs only a high-school education or two years of work experience in certain jobs to qualify. Millions of people apply every year for the 50,000 green cards distributed by lottery, which does not take age, skills, language ability, or connection to the United States into account.

The recent terror attack in New York City reignited the debate surrounding the Visa Lottery. Sayfullo Saipov, the perpetrator from Uzbekistan, arrived in 2010 to the United States as a result of the lottery. Pundits from both sides of the aisle began to ask the same question: Why does the United States distribute 50,000 green cards in such a random manner?

In considering that question, it is imperative to keep in mind a striking fact: Far more than 50,000 immigrants benefit from the Visa Lottery each year.

This is because of chain migration, a topic that my colleague Jessica Vaughan addressed in September of this year. Chain migration — where legal residents or naturalized citizens bring relatives from abroad — is the main driver of immigration, and has been since at least 1981. A Princeton University study found that between 1996 and 2000, initiating immigrants (that is, the first in a family to come to the United States) sponsored an average of an additional 3.45 relatives through chain migration.

Congress established the Visa Lottery in order to grow the immigrant populations of "under-represented" nationalities. That would not be possible without chain migration. Using the immigration multiplier (3.45), we are able to see the number of additional immigrants each Visa Lottery winner may have brought to the United States since 1994, the last year that the State Department published a total count of diversity visas in its yearly reports.

When accounting for chain migration, the Visa Lottery may have brought in more than 3.8 million people in total since 1994. Despite its supporters' assurances that the Visa Lottery is responsible for only 50,000 immigrants in any given year, chain migration means that the program actually accounts for perhaps 165,000 new immigrants per year because of earlier lottery winners sponsoring their relatives. In addition, the multiplier for Visa Lottery immigrants could be even larger than other green card categories because the per-country caps and long waiting lists that slow down immigration from the main sending countries like Mexico and the Philippines would not apply to applicants from lottery source countries, since they are by definition getting fewer green cards overall.

This is far more than the advertised 50,000 people per year, and its implications certainly warrant discussion in the broader debate of the Visa Lottery's future.