How successful was I in predicting the Supreme Court’s decision in Biden v. Texas and the Fifth Circuit’s Decision in Texas v. U.S.? 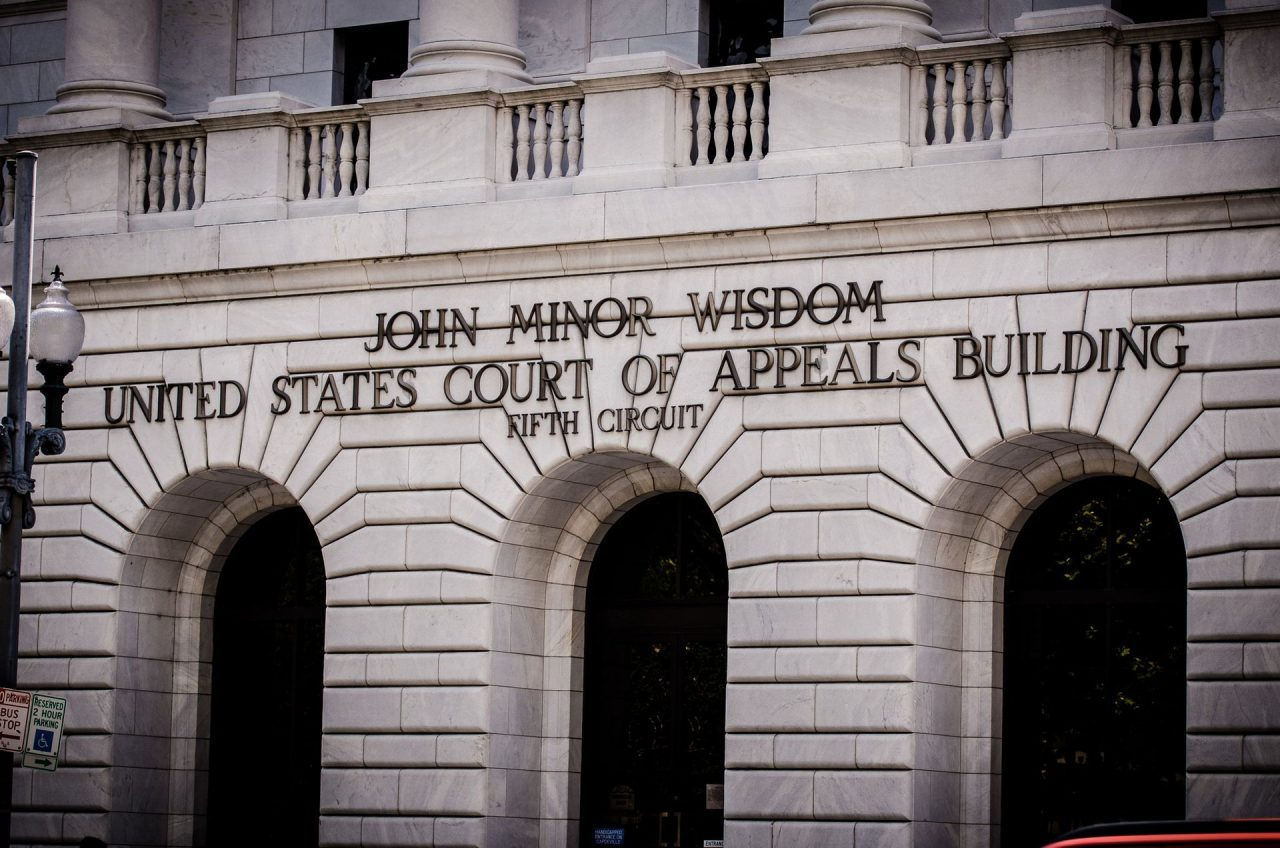 On June 30, the Supreme Court issued its somewhat unexpected ruling (given the Court’s new conservative makeup) in Biden v. Texas that “the contiguous-territory return authority in section [235](b)(2)(C) [of the Immigration and Nationality Act (INA), which is the statutory basis for the Migrant Protection Protocols (MPP)] is discretionary — and remains discretionary notwithstanding any violation [by the Biden administration] of section [235](b)(2)(A) [mandating the detention of not clearly admissible aliens].” And on October 5, the Fifth Circuit Court of Appeals in Texas v. U.S. issued its somewhat expected ruling affirming the District Court for Southern District of Texas’s vacating of DHS Secretary Janet Napolitano’s 2012 memo creating the Deferred Action for Childhood Arrivals (DACA) program (for illegal aliens who came to the U.S. as minors, whether with their parents, with smugglers paid for by their parents, or on their own accord).

A week before the Court’s decision in Biden v. Texas, I wrote about another of its landmark decisions:

[I]n the case of Garland v. Aleman Gonzalez, the Supreme Court issued a tremendously important and long-overdue ruling that will enable the next presidential administration that actually wants to take care that the immigration laws be faithfully executed to actually do so — to vigorously enforce the law without each and every new enforcement initiative being stopped at the starting block by a lower federal court hostile to immigration law enforcement. However, what are the implications of the Supreme Court’s ruling for another case currently before the Court in which lower federal courts blocked the Biden administration from terminating the [MPP]?

In that post, I also made some predictions. First, I predicted that the Supreme Court would overturn the injunction against DHS Secretary Mayorkas’ memo terminating the MPP. I reasoned that:

It seems clear that injunctions cannot survive ... Garland v. Aleman Gonzalez[, in which] the Supreme Court rejected contentions ... that §242(f) [of the INA, providing that “no court (other than the Supreme Court) shall have jurisdiction or authority to enjoin or restrain the operation of the provisions of [the INA dealing with the inspection, apprehension, examination, exclusion, and removal of aliens] other than with respect to the application of such provisions to an individual alien against whom proceedings under such part have been initiated”] does not prevent courts from issuing injunctions “requiring” DHS to enforce the provisions at issue. As the Court stated in Aleman Gonzalez, “requir[ing] officials to take actions that (in the Government’s view) are not required by [it] and to refrain from actions that (again in the Government’s view) are allowed by [it]. ... interfere with the Government’s efforts to operate” the relevant provision and are thus prohibited by § 242(f). ... [T]he ... injunction prohibiting DHS from implementing or enforcing Secretary Mayorkas’ ... memorandum terminating the MPP cannot stand.

The Supreme Court, as I predicted, ruled in Texas v. Biden that:

As we recently held in Garland v. Aleman Gonzalez ... section [242](f)(1) “generally prohibits lower courts from entering injunctions that order federal officials to take or to refrain from taking actions to enforce, implement, or otherwise carry out the specified statutory provisions.” ... The District Court’s injunction in this case violated that provision.

In their dissent, Justices Alito, Thomas, and Gorsuch also agreed as to this issue:

[We] agree with the majority that the injunction ... exceeded its “jurisdiction or authority to enjoin or restrain the operation of” the relevant statutes[, which] follows from a straightforward analysis of the text of §[242](f)(1), as recognized by ... Garland.

So far, so good (for my predictive powers).

I also wrote that “I believe that ... the Supreme Court will uphold the district court’s vacatur” of the MPP termination memo. I noted that §706 of the Administrative Procedure Act (APA) provides that a court “shall ... hold unlawful and set aside agency action, findings, and conclusions found to be ... arbitrary, capricious, an abuse of discretion, or otherwise not in accordance with law [etc.]”, and that the longstanding understanding of “set aside” when the APA was enacted encompassed vacaturs. (Emphasis added.) I cited some D.C. Circuit Court of Appeals decisions and Mila Sohoni’s conclusion that “the term ‘set aside’ means invalidation — and an invalid rule may not be applied to anyone.” I also noted that “it is still an open question to the Supreme Court as to whether § 242(f) bars ‘other form of relief that is ‘practically similar to an injunction’, including class-wide declaratory relief’”, as the Court stated in Garland that “we have no occasion to address this argument.”

Well, it turns out that the Supreme Court ducked the issue again in Biden v. Texas, stating that:

At our request, the parties briefed several additional questions regarding the operation of section [242](f)(1), namely, whether its limitation on “jurisdiction or authority” ... extends to other specific remedies, such as declaratory relief and relief under section 706 of the APA. We express no view on those questions.

As Justice Barrett stated in dissent, the Court “avoids a position on whether §[242](f)(1) prevents a lower court from vacating or setting aside an agency action under the [APA]”. Fine enough, but then, why did the Court make the parties brief the question?! In any event, the Court sort of hinted that it does believe, as I predicted, that the INA allows courts to grant non-injunctive relief (such as a set-aside/vacatur under the APA):

So, is that a win, a loss, or a draw for me? In any event, the Fifth Circuit has just offered me some solace. In Texas v. U.S., it ruled that:

§[242](f)(1) does not apply to vacatur. The Supreme Court has cautioned that, “[b]y its plain terms, and even by its title, [§242(f)(1)] is nothing more or less than a limit on injunctive relief.” We have declined to extend the statutory bar to vacatur because of this admonition and the “meaningful differences between injunctions and vacatur. Vacatur is “a less drastic remedy.” “Apart from the constitutional or statutory basis on which the court invalidated an agency action, vacatur neither compels nor restrains further agency decisionmaking.”

Thank you! However, I do need to point out that, yes, a vacatur does compel and restrain agency decision-making. The federal government had told the Supreme Court that:

[The States] claim[] the government “asserted that vacating the June Termination would not require [DHS] to reimplement MPP,” ... That misrepresents the record. The government [merely] observed that MPP had preserved line-level immigration officers’ discretion not to return individual noncitizens to Mexico, and thus “[r]einstating MPP would not require DHS to return anyone to Mexico.”

For those of you not keeping score as to my Supreme Court prognostications, why does any of this matter? Why does it matter if lower court injunctions are disallowed but lower court vacaturs are allowed? Is this a distinction without a difference? It does matter, because as I wrote in June:

I was a counsel on the House Judiciary Committee’s Immigration Subcommittee in 1996, privileged to assist Subcommittee Chairman Lamar Smith in the enactment of IIRIRA. His intent to bar lower court pre-merits injunctions is at last being honored through the Supreme Court’s long overdue decision in Garland, and his intent not to bar post-merits injunctions is being honored in a de facto fashion, and will continue to be so unless the Supreme Court surprises me in the future and bars lower court vacaturs.