Busing Illegal Immigrants from the Border: A Tale of Three Cities 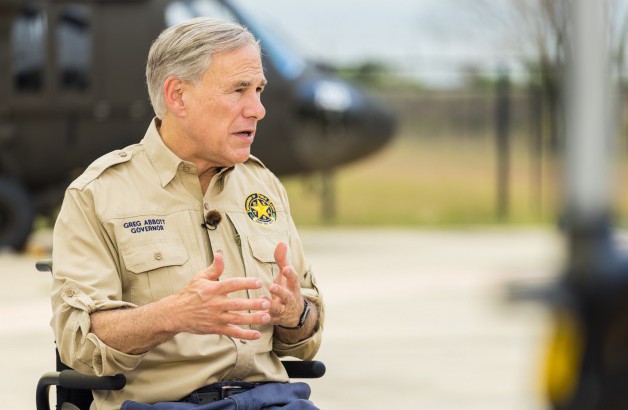 To continue providing much-needed relief to our small, overrun border towns, Chicago will join fellow sanctuary cities Washington, D.C. and New York City as an additional drop-off location [for illegal migrants released by DHS]. Mayor Lightfoot loves to tout the responsibility of her city to welcome all regardless of legal status, and I look forward to seeing this responsibility in action as these migrants receive resources from a sanctuary city with the capacity to serve them.

In December 2016, the New York City Council adopted a “[r]esolution affirming that despite president-elect Donald Trump’s senseless threats, New York City will remain a Sanctuary City for immigrant residents”. The resolution stated that:

New York City was built by immigrants and draws its economic and cultural vibrancy from the extraordinary and diverse mix of individuals who call the City home. ... City services are available to all residents regardless of immigration status. ... The Council has passed multiple local laws to limit the City’s cooperation with U.S. Immigration and Customs Enforcement [ICE] and shield immigrant communities from draconian immigration enforcement actions that needlessly tear families apart [, and our laws] have thwarted thousands of needless deportations. ... In response to the humanitarian crisis of unaccompanied Central American children seeking refuge here after fleeing terrible violence in their home countries, the Council created [an i]nitiative ... provid[ing] free legal services to refugee unaccompanied minors and families facing expedited deportation proceedings ... [and] comprehensive social services to ensure critical access to education, health and mental health services. ... The Council stands firmly behind these programs and will continue to support and provide sanctuary for our immigrant community. ... New York City will remain a Sanctuary City for immigrant residents.

And this July, NYC Mayor Eric Adams proclaimed that “New York has been and will always be a city of immigrants that welcomes newcomers with open arms. This value has made our city a beacon of freedom for people around the world and the economic and cultural powerhouse that it is.”

It would thus seem that NYC would welcome as many busloads of illegal migrants as it can get in order to bolster its economic and cultural vibrancy and give it an opportunity to provide sanctuary and all the legal services, comprehensive social services, and quality healthcare the migrants could desire. NYC needn’t worry about the cost because the Cato Institute assures us that “immigrants are less likely to consume welfare benefits [than native-born Americans] and, when they do, they generally consume a lower dollar value of benefits” and “Illegal immigrants are not eligible for welfare except for rare circumstances like emergency Medicaid.” And American Progress tells us that “5 million undocumented immigrants ... are keeping the country moving forward as essential workers.”

But where are the open arms? Adams said that “This is horrific when you think about what [Abbot] is doing,” and his spokesman said that Abbot’s “continued use of human beings as political pawns is disgusting, and an embarrassing stain on the state of Texas[]”. As to his open arms, Adams stated that:

In order to both meet the legal mandate as a right-to-shelter city and provide high-quality shelter and services for those who enter our system, New York City needs additional federal resources immediately. If we do not get these urgently needed resources, we may struggle to provide the proper level of support our clients deserve, while also facing challenges as we serve both a rapidly growing shelter population and new clients who are seeking asylum. We are calling on the federal government to ... provide financial and technical resources.

I guess NYC’s arms are only open as needed to grasp a check from American taxpayers nationwide to cover the costs of its illegal immigrant “clients”.

In November 2016, Washington, D.C., Mayor Muriel Bowser issued a statement “reaffirming the District’s status as a sanctuary city” and noted that “We celebrate our diversity and respect all DC residents no matter their immigration status.” And in January 2017, the D.C. City Council passed a resolution providing that:

The Council finds that: the current political climate has produced public displays of xenophobia, racism, Islamophobia, homophobia, transphobia, disparagement of people with disabilities, misogyny and violence against women, and other forms of hatred, bigotry, and violence that threaten the rights enshrined in D.C. law, the Constitution of the United States and the Universal Declaration of Human Rights.

The District of Columbia welcomes and embraces refugees, immigrants, people of color, women, disabled individuals, people of all faiths or no faith at all, and lesbian, gay, bisexual, and transgender people, and celebrates the diversity of human existence.

We remain committed to our status as a Sanctuary City, and will seek to strengthen those policies to ensure that the District government will not participate in any federal immigration enforcement strategies that endanger the rights and well-being of our residents, workers, and visitors.

We welcome refugees and those fleeing violence and persecution to the District of Columbia. [Emphasis added.]

It thus surprised me earlier this summer when Bowser urgently pleaded with the National Guard to send troops: “‘We need space, and we need the federal government to be involved,’ [said Bowser] ... calling the busloads of migrants seeking U.S. asylum who have been arriving at Union Station ‘a humanitarian crisis that we expect to escalate.’” I would have thought she would consider the arrivals a humanitarian bonanza, allowing D.C. to welcome and embrace refugees and immigrants.

Chicago Alderman John Arena added at the time that, “You mess with one in Chicago, you mess with all of us. We are a sanctuary city. We'll stand by that. We will stand by every single citizen, every single resident of this city, regardless of your status. This is your home. That is our declaration.”

The City of Chicago says in explaining why it is proudly a sanctuary city that “partnering with ICE would go against our mission to make Chicago the most immigrant friendly city in the country. ... Chicago’s status as a welcoming city for immigrants is not and will never be shaken.” And just a few days ago, current Mayor Laurie Lightfoot said (in response to the arrivals from Texas) that:

This is such an important moment for Chicago as our city has been a sanctuary for thousands of newcomers. We are welcoming them and we will not turn our backs on those who need our help the most. We understand that many are fleeing violent, traumatic, or otherwise unstable environments. We will respond with essential services while these individuals navigate the next steps of their journey.

[W]e need to make sure that the memory that they have of Chicago and of the United States is favorable. Regardless of where their life journey takes them, I want them to feel like in this moment that they came to this city, and we wrapped our arms around them, loved them and supported them.

I was thus surprised by Lightfoot’s other reaction:

[“]Governor Abbott has confirmed what many of us already knew. He's a man without any morals, humanity or shame.” Mayor Lightfoot called Abbott's actions a manufactured humanitarian crisis, adding that what's happened to the migrants inhumane and a political stunt. “His point is to try to humiliate the President, to humiliate democratic cities, led by Democratic mayors. His point is not to do the right thing in any shape or fashion,” Lightfoot added.

Doctor Jekyll and Ms. Hyde? Shouldn’t Lightfoot be profusely thanking Abbott for giving her the opportunity to wrap her arms around the new arrivals, love them, and support them?

Lightfoot’s office said that “This is not new; Chicago welcomes hundreds of migrants every year to our city and provides much-needed assistance.” Well, OK, but in its short tenure, the Biden administration has released along the southwest border over one million apprehended aliens — hundreds of thousands into Texas alone. My colleague Andrew Arthur astutely writes that Abbott’s bus line is “prompting recriminations and pleas for federal cash from the Democratic mayors of ... erstwhile immigrant-friendly cities. Those mayors, seemingly unwittingly, are making the governors’ point — that the administration has created a disaster at the U.S.-Mexico line”.

This is all giving me a sense of déjà vu all over again. During his administration, President Trump stated that:

“We'll give [California] more [detained illegal aliens]. We can give them a lot. We can give them an unlimited supply, and let's see if they're so happy. They say, ‘We have open arms,’” Trump said. The president took to Twitter earlier ... to say that Democrats have been unwilling to change immigration laws, prompting his administration to consider “placing” such immigrants there. He returned to the issue ... calling on Democrats to change the nation's immigration laws. “If not, Sanctuary Cities must immediately ACT to take care of the Illegal Immigrants,” he tweeted.

It thus struck me as odd when Nancy Pelosi’s office responded with such vitriol:

“The extent of this administration’s cynicism and cruelty cannot be overstated,” said Pelosi spokeswoman Ashley Etienne. “Using human beings — including little children — as pawns in their warped game to perpetuate fear and demonize immigrants is despicable.”

Now, the legal hitch with the proposal was that the money Congress had appropriated to ICE was for the goal of removing from the U.S. aliens who had been ordered removed — it was hard to convincingly demonstrate that transporting aliens to their desired destinations within the U.S. was furthering this goal. Thus, “ICE officials balked at the notion of moving migrants to detention facilities in different areas, insisting that Congress only authorizes the agency to deport immigrants, not relocate them internally, according to DHS officials.”

Today, the minutia of appropriations law is no longer an impediment. The Democrat-controlled Congress used the FY 2022 Consolidated Appropriations Act to allow ICE to use its appropriated funds in exactly this manner:

[ICE’s] Transportation and Removal Program [shall] provide[] the safe and secure transportation of noncitizens who are subject to final orders of removal or require transfer within the United States, which may ultimately include transportation to the noncitizen’s final destination if ICE determines in its discretion that such transportation is necessary.

DHS may take the Democrats up on their offer. NBC News reported that:

[DHS] plans to transport migrants awaiting immigration proceedings from U.S. cities along the southern border farther into the interior of the country, beginning with Los Angeles. ... The plan would alleviate overcrowding along the border, where record numbers of border crossers have overwhelmed the capacity of shelters in some cities, at times leading ... CBP, to release migrants on the street to fend for themselves. ... The new model would use federal funds to send migrants to shelters in cities farther inside the country before they go to their final destinations. Internally, DHS officials have jokingly referred to the model as the “Abbott plan[.]” ... Now, the official said, DHS is taking a page from Abbott’s book. ... In a statement, a DHS spokesperson said “no decision has been made” about moving migrants to interior cities.

At least DHS is open to good ideas, even if they come from Governor Abbott! Well, as another Lightfoot — Gordon — croons “Carefree highway, let me slip away on you.” Governor, I think you have a jingle! But to which city should Abbott or DHS be sending illegal migrants — NYC or Chicago or L.A.? Well, As Randy Newman has written:

Hate New York City. It's cold and it's damp. And all the people dressed like monkeys. Let's leave Chicago to the Eskimos. That town's a little bit too rugged. ... From the South Bay to the Valley. From the West Side to the East Side. Everybody's very happy, ‘cause the sun is shining all the time. Looks like another perfect day. I love L.A. (We love it). I love L.A. (We love it).