The AP Shills for Criminal Aliens 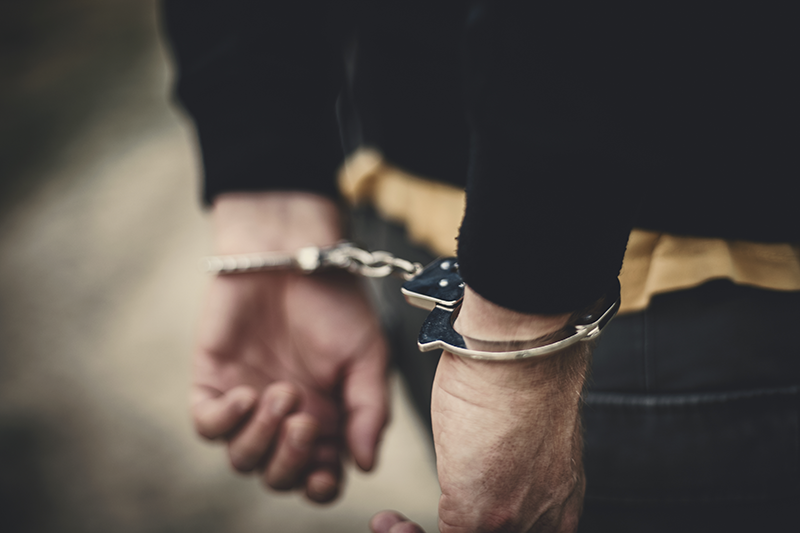 The Associated Press (AP) published an article decrying the potential deportation of illegal aliens from the United States without informing readers that the individuals highlighted in the piece have criminal backgrounds. The entire premise is explained in the article’s headline: “Immigrant detentions soar despite Biden’s campaign promises” . The reporter, Philip Marcelo, failed to explain in any detail the reason behind the alleged “surge” in detention and entirely avoided the criminal histories of the illegal aliens he promoted with sob stories. It was left to the Center for Immigration Studies’ Art Arthur to point out, in a quote, that the small increase in detention is primarily the result of arrests of recent border-crossers by Customs and Border Patrol (CBP) agents — amid the mass influx of illegal immigration at the border being encouraged by the Biden administration — and that arrests of illegal aliens in the interior of the country by Immigration and Customs Enforcement (ICE) officers are quickly dwindling. But because the reporter did not explain that the illegal aliens highlighted in his article are public safety threats, readers were led to conclude that ICE is acting unjustly. As explained below, the individuals cited by the reporter are probably not people you would want in your neighborhood.

As of this writing, there are 25,526 aliens in ICE detention, 82 percent of whom were arrested by CBP as they came across the border. There are only 4,555 aliens in ICE detention as a result of ICE arrests (and most of those arrests likely occurred under the Trump administration). Of that ICE-arrested population, nearly all have criminal records: 3,881 have criminal convictions on their records and another 426 have pending criminal charges. Many of these people are likely specifically required to be detained under federal law because of the seriousness of their crimes. But that’s not of any interest to the many anti-enforcement groups quoted in the article.

Is it the AP’s position that the White House should be able to encourage mass illegal immigration and then not detain any of the illegal aliens pouring across the border, even those with disturbing criminal records? If the reporter and his editors are aware of the criminal histories of the aliens promoted in this article, then it’s hard not to conclude this is the case. Alternatively, it’s possible the reporter and his editors did not spend any time digging into the cases they’ve cast in a sympathetic light and took the claims of advocacy organizations at face value.

The piece sympathetically quotes two illegal aliens, the wife of another illegal alien, and four non-governmental organizations. Three of these organizations are hostile to the enforcement of immigration law; the fourth organization quoted was the Center for Immigration Studies. While I appreciate that the AP came to us for a quote, this unbalanced ratio contributes to the public’s disapproval of the state of media today. It’s also problematic that my colleagues and American citizens who are concerned about the Biden administration dramatically curtailing ICE’s mission and preventing the arrest of most illegal aliens are described as “immigration opponents”. It’s the reporter’s opinion that Americans who believe foreign nationals should abide by the laws of the land are “opponents” of immigration across the board. In the same article, the reporter refers to the organizations fighting against detention and deportation as “President Joe Biden’s pro-immigration allies”.

Shockingly, the reporter is apparently upset that an illegal alien convicted for rape who escaped a Brazilian prison might be deported home. The Brazilian government has been trying to locate this criminal fugitive, Flavio Andrade Prado, since 2008. The reporter doesn’t mention this criminal history and offers no explanation as to why ICE might want to deport him. That information is easy to find as it’s been publicly reported. See, e.g., “Convicted rapist who escaped Brazil prison arrested in Brockton”. If anything, this would be an opportunity for the reporter to praise ICE officers for their work and then question why it took so long to find the fugitive. Was it a lack of resources? Did sanctuary policies play a role? That might be an interesting article.

Instead of providing readers the basic criminal information, the AP’s Philip Marcelo provides a full-screen picture of Prado’s purported wife looking sad, another photo of her looking despondently at photographs, and a photo of the escaped rapist holding two young children. The reporter got a quote from the woman — “There is no easy way to talk to my kids about what’s going on and when Dad is coming home” — and sent a professional photographer to her home.

But the reporter couldn’t do a simple internet search and inform readers exactly why ICE officers are doing their jobs? The reporter either didn’t do basic background research before writing up this piece, or he is aware of the damning information but chose not to include it because the goal was to intentionally make ICE look bad and discredit basic immigration enforcement. Whether anyone at AP knows it or not, the news outlet has sided with an illegal alien rapist-turned-prison escapee over U.S. law enforcement.

The reporter also quotes Jean Claude Wright, another criminal illegal alien, without providing any background on why ICE officers are seeking to remove him (or even mentioning that he’s a criminal). The detainee claims that ICE detention is “worse than prison” and the reporter does not question the validity of this claim. The reporter also doesn’t tell you that the alien has apparently been convicted of two counts of first-degree robbery, one count of second-degree possession of a handgun for an unlawful purpose, one count of third-degree terroristic threats, and two counts of fourth-degree aggravated assault. Again, one must ask: Why is the AP publishing context-free articles that operate as anti-enforcement narratives on behalf of criminal aliens who pose a threat to U.S. residents?

Finally, the article also sympathetically quotes illegal alien Alexander Martinez, a person the federal government believes is an MS-13 gang member. Martinez claims to have been treated poorly in detention, but the AP provided no evidence of the claim. Does he have any criminal history? The reporter should have asked.

Readers are just supposed to accept the notion that each of these individuals are wonderful people who should not have to abide by the laws of the land put in place by the American people through our democratic processes.

One last thing: In his anti-detention zeal, the reporter noted that the Biden administration closed two “controversial ICE detention centers” and complained: “But no other facilities have lost their ICE contracts.” Who says these detention facilities were “controversial”? The reporter simply presented the activist argument as factual knowing full-well that the claims against the facilities are mere allegations.

One of the facilities shuttered was the C. Carlos Carreiro Immigration Detention Center, a portion of the Bristol County (Mass.) Jail used by ICE for detention. Care to guess who created an air of “controversy” by making unsubstantiated complaints against the Bristol County sheriff’s office before the Biden administration closed it down? None other than Flavio Andrade Prado, the escaped Brazilian rapist. The criminal alien joined a handful of other criminal aliens in a lawsuit against the sheriff’s office; the First Circuit found their claims to be “without merit” in March 2021. Here’s how the court described the aliens:

Da Graca has been convicted of carjacking, domestic violence offenses, drug possession, and trespassing. Prado has an outstanding arrest warrant in Brazil, where he was convicted of rape. He had escaped from Brazilian prison before coming to the United States. An immigration judge rejected his claim that his rape conviction was tainted and found that he was a danger to the community. Lewis has been convicted of carrying a dangerous weapon, reckless endangerment, criminal trespass, and possession with intent to sell a controlled substance. Among other things Amado has been convicted of felony armed robbery, aggravated assault with a firearm, felony burglary, and, most recently, carrying a firearm without a license. Kayitare has been convicted of two counts of assault and one count of unlawful sexual touching.

How long until the AP publishes another context-free article telling readers that these other criminal aliens are also wonderful people who should be allowed to go free in our communities?

Meanwhile, this anti-detention, anti-deportation article has been picked up by hundreds of newspapers across the country. The AP is directly responsible for contributing to widespread misinformation about federal law enforcement.