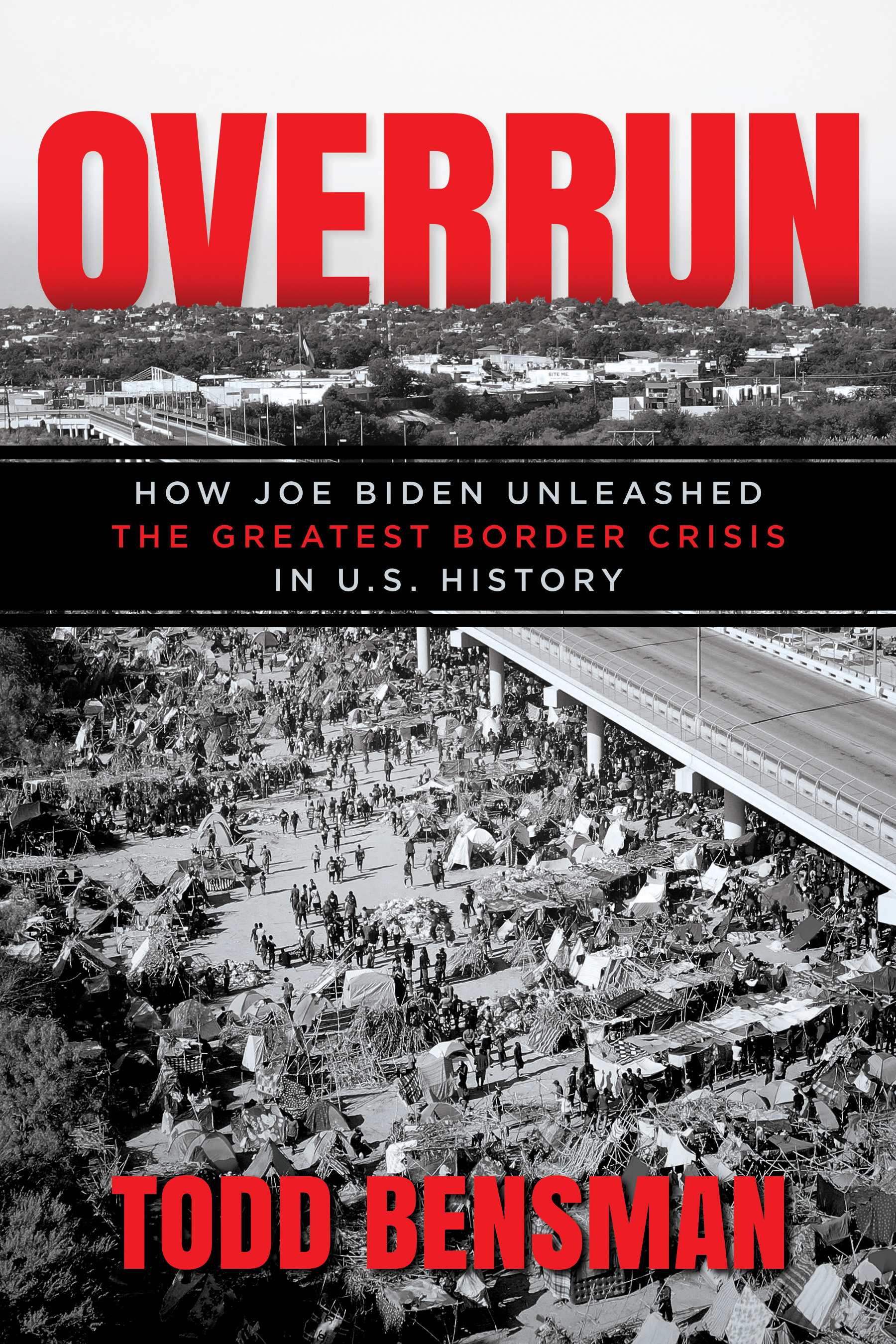 The time has come to acknowledge and comprehend that America is weathering the worst mass border migration event in the nation’s history. Millions of foreign nationals have overrun the southern border, starting on Inauguration Day in 2021, and millions more will cross over by the end of President Joe Biden’s term in 2024. This event is historic by all measures, exceeding even the storied chronicles of Ellis Island, and portends the same permanent change for the nation. Unfortunately, a fog of a fierce partisan information war obscures that it is even happening as well as basic truths Americans desperately need to have about this historic event. "Overrun" breaks through the fog and explores the causes of the mass illegal immigration event, the most severe in recorded American history, by highlighting Bensman’s on-the-ground field reporting among the migrants involved throughout Mexico, Central America and all along the American border.

But American citizens must reclaim their say. This book provides what is needed now: reporting-based analysis that will lay bare this crushing ongoing emergency’s causes, dimensions, and chaotic impacts so as to finally illuminate the pathway out of it. Here is ground zero of the human tsunami that smashed into America and is still washing into all fifty states with permanent consequences. It is a true story that can be found nowhere else because it comes from the author’s frontline reportage throughout the borderlands and all along the migration trails in Central America from its first days. Its primary sources are not “experts,” politicians and media pundits, but the witnesses to this history, the immigrants at its core.

“Someone needed to finally document how the administration of Joe Biden threw away the most secure border in modern history and left America increasingly open and vulnerable to a vast and complex set of threats from outside its borders. The U.S. media has abdicated its solemn duty to acknowledge, let alone report, the devastating truth behind the worst border crisis in our lifetime. But thankfully, Todd Bensman finally brings people right into the heart of what happened and is still happening. I know Bensman’s border reporting. The nation needs to know it too so that the next generation of elected leaders has a roadmap to end the destruction.” – Mark Morgan, Acting Commissioner of U.S. Immigration and Customs Enforcement, July 2019-January 20, 2021.

“When we look back at this time during the history of immigration in America, Todd’s work reporting, researching, observing, and chronicling what is actually happening on America’s southern border will go down as the gold standard. While others work on hyperbole and political opinion, Todd is reporting what is taking place at major border crossings, why the border is experiencing border swells, and how immigration patterns change based on U.S. policy. Everyone interested in border security should read his book.” — Kristina Tanasichuk, Executive Editor, Homeland Security Today

“The U.S.-Mexico border is an opaque landscape populated with human traffickers, international terror suspects, migrant children and American law enforcement agents. No one truly understands how it all intersects: from the marbled corridors of power to the arid smuggling routes of the desert. Bensman is as close as it gets. With boots on the ground, Bensman paints a portrait that is as thrilling as it is outrageous. Written with a sharp pen, this is a must-read for anyone trying to understand one of the most important issues of our time.” — Pulitzer Prize winning former New York Times reporter Charlie LeDuff, host of the No BS News Hour podcast

“I have been involved in immigration enforcement and border security since 1984 and have closely followed Todd Bensman’s work… He tells the truth about illegal immigration and how it is not a victimless crime. With immigration issues being front and center for the American people now, his book is an absolute Must Read.” — Thomas Homan, former Acting Director of U.S. Immigration and Customs Enforcement January 2017-August 2018

“Todd Bensman is one of the only journalists in America who has been willing to spend significant time on both sides of the border, chronicle and analyze events with an unflinching eye, and tell the truth about what’s happening. His reportage on the historic and ongoing border crisis is essential right now not just because so few media outlets will cover it, but because if the American people aren’t told the truth, we won’t be able to stop it.” — John Daniel Davidson, senior editor, The Federalist

“Todd Bensman presents the astonishing story of how the administration of President Joe Biden has allowed pragmatic policy to be canceled by ideological forces of the open-borders left that now dominate the Democratic Party. Bensman takes his readers into the world of the migrants who are being drawn — hundreds of thousands every month — to the southern border of the U.S. by what some glowingly call Biden’s “invitation.” His book is a public service for every American who wants border policies that are based in an understanding of the difference between generosity and recklessness, between reasonable limits and chaos in the name of boundless compassion.” — Pulitzer Prize-winning reporter Jerry Kammer, author of the the book Losing Control, How a Left-Right Coalition Blocked Immigration Reform and Provoked the Backlash that Elected Trump