The Tunnels Under Hungary's Fence Are Inconsequential

A few dozen get through, versus hundreds of thousands before 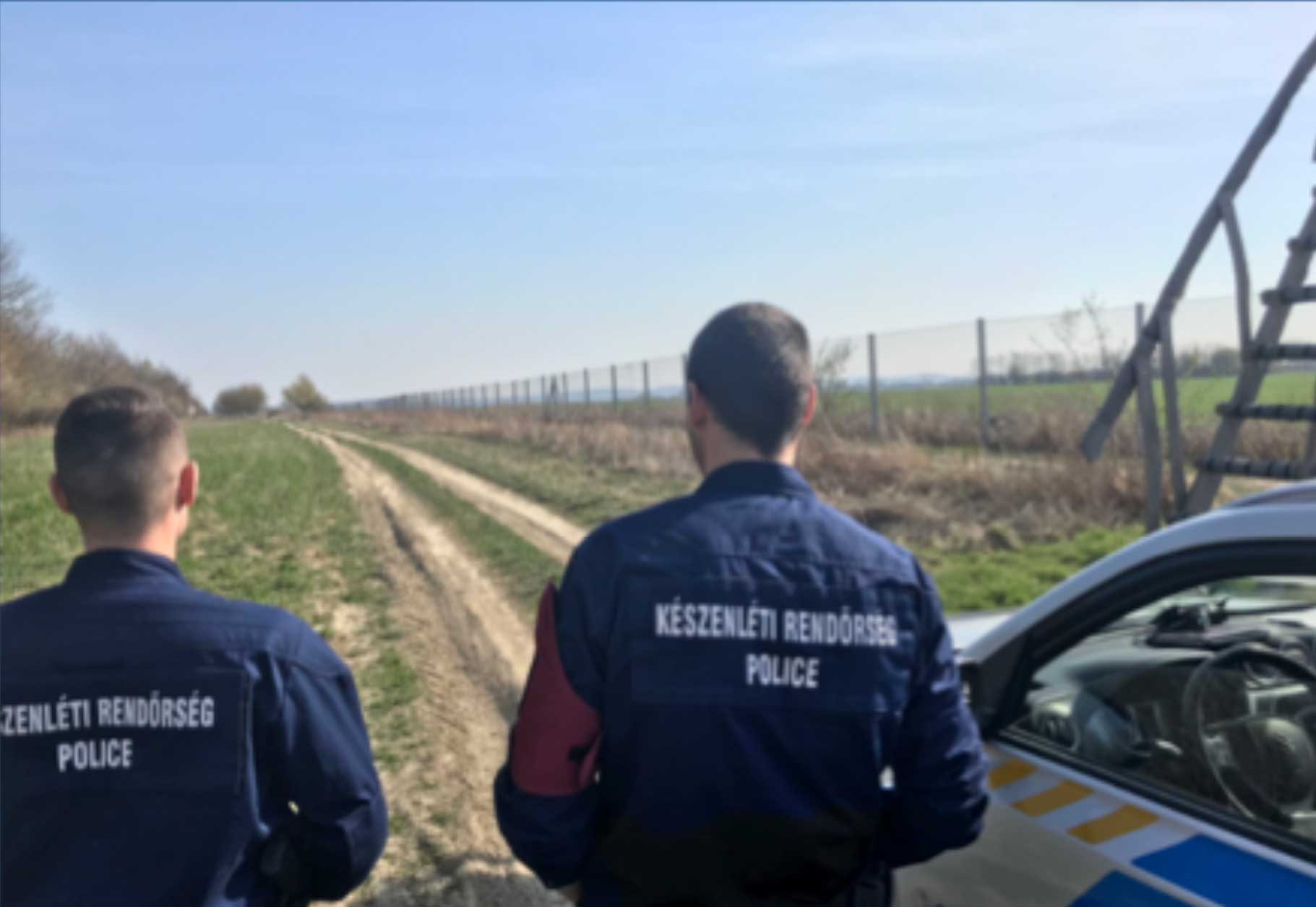 Hungarian border patrol along a quiet portion of fencing on the Croatia border, March 2019. Photo by Todd Bensman.

Skeptics about border enforcement often scoff at physical barriers, saying something like, "Build a wall 10-feet high and they'll just come with 11-foot ladders, or dig under it." The message is that building walls is fruitless as long as there are ladders and tunnels, so why bother?

Along those lines, there's a certain amount of glee in social media right now in response to the news that the European Union nation of Hungary, which infamously built a barbed-wire-rimmed steel fence barrier along its southern border in 2015 to stop mass-migration from the Middle East, just discovered two hand-dug tunnels full of migrants. One tunnel under the Hungarian-Serbia border fence was 112-feet long and the other 71 feet. Both burrowed about 20 feet under the fence.

But wall naysayers must not have seen Center for Immigration Studies reporting last March, from Hungary's fence and in interviews with the senior Hungarian officials who ordered it built, which documents a broader achievement of this border fortification that stands fast despite tunnels. Hungary's steel fence instantly halted wave after wave of mass migration and continues in that blocking capacity despite any comparatively fractional seepage enabled by ladders and tunnels. If anything, Hungary's experience foretells of similar achievement waiting for completion of walling on the U.S. southern border, especially if all of the segments can be married up one day.

In the year prior to Hungary's decision to build its border barrier, more than 400,000 migrants from Muslim-majority nations had surged from Serbia and Croatia over Hungary's border along the so-called Balkan route, which started in Greece. Most had no intention of staying in Hungary; they were bound for the more economically generous environs of Germany, France, and the Netherlands.

But Gynorgy Bakondi, senior advisor to Prime Minister Victor Orban and a primary architect of the fence, told me the migrant volume had created widespread havoc for the small, landlocked country. Crowded roads and railways clogged up the economy, and the humanitarian needs strained the national budget and upset the population of 10 million, to name just a few of the problems.

"It's the same thing we're seeing right now at the Mexican-American border, in the same way," Bakondi told me. "How many hundreds of thousands of Salvadorans, Guatemalans, Nicaraguans, at the very same moment, got the idea to suddenly move to the United States? In 2015, the number of migrants arriving in Europe we were estimating at one-and-a-half to two million people. They didn't obey any laws, any rules, anything."

So he carried out President Orban's orders to fence them out. He put up a barbed-wire-rimmed steel fence on the Serbian border where the vast majority of migrants were caravanning through. As they flooded past, the military and convicted prisoners put it up in four months for about $100 million and announced the border closed, to widespread condemnation from among Hungary's EU partners, but to Hungary's great relief.

After a few violent melees at the newly closed border, the migration flow ended almost completely in that area, but naturally shifted westward to Hungary's Croatia border. So the fence was quickly extended there, too, for a total of about 330 miles. The flow shifted westward still, toward Slovenia and Austria, which also built fencing.

And then the worst of it, the hundreds of thousands of people coursing through, was all over. In March, the government was reporting that about 25 to 30 migrants a day were apprehended now. CIS toured the fencing at the Serbia and Croatia borders, interviewed residents and border guards, shot video, and found a prevailing quiet. Wherever fencing went up in Hungary, apprehension numbers even fell to below pre-crisis levels. The Balkan route all but closed and remains closed to this day.

Only a relative few migrants downstream have bothered to attempt it since, and most have ended up bottled up in Bosnia, with most ways forward blocked for anyone who isn't a brave Olympian athlete able to climb high or risk unreinforced tunneling.

Importantly, the Hungarians didn't just build a wall and leave it. They reinforced it with policy that the American government may want to consider. Among these were new laws criminalizing damage to the fence, assaulting any border patrol officer, providing financial assistance to migrants, and human smuggling or any conduct encouraging migrants to rush Hungary's border. All came with stiff prison sentences. Actual prosecutions followed to set the deterring example.

Hungary augmented these laws with heavy patrolling and a "push-back" policy, which means that anyone caught coming under, through, or over the fence gets a one-way ticket back to the other side. They're free to apply for asylum in "transit zones" on the other side — but must await adjudication there and not inside Hungary.

The Hungarian "transit zone" model is worth considering as the United States policy of sending migrants back to supposedly "safe third countries" comes under challenge from those who argue the third countries are not actually very safe.

According to the reporting about the tunnels that Hungary found, maybe a few dozen migrants used them to get under the fence. There are probably more to be discovered. But, collectively, it's doubtful they will ever invite a return of the hundreds of thousands of migrants the fence was built to stop. Lately, Turkey has been threatening to open the exits of massive migrant camps and unleash the human wave again on Europe. The numbers apprehended in Hungary and returned over the line are up a little but still well under a thousand per month.

If Turkey opens its floodgates, it's a safe bet they won't be coming through the Balkans again because of the fence, even with some tunnels. It worked and is still working.