Nicaragua Ministry of Tourism: ‘They are lovers of volcanoes. They don’t have volcanoes’ 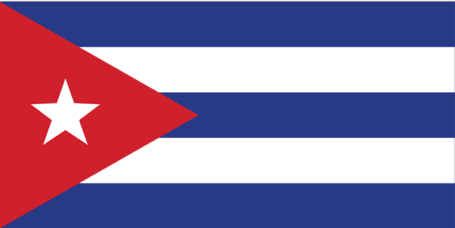 Cuba and Nicaragua have opened a new air passageway to the American southern border and thousands of U.S.-bound Cubans have poured through the short-cut while tens of thousands more are reportedly lining up daily in Havana for tickets, according to Spanish-language media reporting.

One March 22 BBC Mundo story quotes a Cuban migrant named Carlos, who made it to Miami from Nicaragua, describing how Cubans are selling houses and everything they own to “line up for miles in front of agencies waiting to see if there is a ticket”.

The Biden administration is now preparing to manage a powerful anticipated surge of as many as 18,000 migrant crossings a day, or 540,000 per month after May 23. That is the date it’s scheduled to lift the last vestiges of the Trump-era “Title 42” pandemic containment policy, which has required somewhat deterring instant expulsions to Mexico of some 1.7 million illegal immigrant border-crossers, including Cubans, and barred them from accessing the coveted deportation-defeating American asylum system.

The visa-free air route to Managua and then the overland journey through Central America and Mexico to the southern border replaces the dangerous sea routes Cubans typically took to South America. This isn’t the first time that air route was working, by the way. In 2019, I discovered and reported from Mexico that the Cuban government was allowing citizens to fly to Managua if they could pay for expensive exit visas. That program must have gone by the wayside. The two governments cut the new deal for visa-free travel in November, and huge crowds are lining up for the limited seating.

The November Havana-Managua deal neatly aligns with a major spike in U.S. Border Patrol apprehensions of Cubans at the Southwest Border, although it’s unclear how many flew the route.

For more than a year before the deal, apprehensions of Cubans were well under 5,000 per month, public CBP apprehensions data show. But apprehensions nearly tripled from October’s 5,893 to 16,550 in February. March numbers are expected to be out soon, and they’ll go much higher now that Cubans have a May 23 date for when they can go over the line and find more of a welcome than they might get with Title 42 in place.

Even with the alluring, enticing promise of an immediate future without Title 42, a major surge involving Cubans already was underway. Cubans are well represented among migrants who in recent weeks have “completely overwhelmed” transportation, medical service providers, law enforcement personnel, and holding facilities in the Yuma and Del Rio Border Patrol sectors, according to Washington Post reporting.

One reason DHS is so overwhelmed is because the agency has felt compelled to release most Cubans into the country on special humanitarian parole slips. The effect of this? Even more Cubans coming to cash in for one, which lures more Cubans for more humanitarian paroles, which draws greater numbers ... and so on.

Even more weirdly, the American government is serving up these narcotic humanitarian parole inducements even amid indications of other secretive American efforts to have foreign proxies undermine the Cuban flights and flow far south of the border. But it’s not working.

For instance, Mexico has suddenly and mysteriously decided — as though on its own volition — to begin air-deporting some Cubans back to Havana. Mexican police and soldiers have started rounding up Cubans and putting them on deportation flights to Havana from the northern Mexican city of Piedras Negras, just before they could cross the border into Eagle Pass, Texas. Also all of a sudden in early March, Colombia started requiring transit visas for Cubans aboard flights hopscotching from Cuba on multi-stop trips to Nicaragua, and so did the Costa Rican government. And at the same time, the government of Panama mysteriously required transit visas for Cubans to board flights to Nicaragua and the Panamanian airline Copa Airlines suspended all ticket sales to Nicaragua. These moves carry the mark of American meddling.

None of this apparent American meddling seems to be working very well because (forehead slap) the American handouts of humanitarian parole slips keep generating irresistible enticement. And so whatever diplomatic moves the Americans might make with other countries to undermine the Havana-Managua flights, the almost guaranteed fantasy outcome of humanitarian release at the U.S. border has got Cubans arriving by air in Nicaragua eager to pay $10,000 per head to get themselves smuggled out of Nicaragua through Honduras, Guatemala, and Mexico.

Last week, Border Patrol Chief Raul Ortiz noted that 1,500 Cubans were apprehended in a single day, double the daily average in February, the Associated Press reported on March 29. The Cuban arrivals are not going to stop.

So the Mariel Airlift Continues

Because there’s been so little coverage of the Havana-Managua flights in American media, Jorge Duany, an expert on migration at Florida International University, characterizes the size of this growing exodus to the media outlet EFE as “a kind of silent Mariel”. The reference was to Cuban President Fidel Castro’s 1980 decision to allow all interested Cubans to board boats to the Florida coast. The first 125,000 Cubans, among them inmates from Castro’s emptied prisons and mental hospitals, reached Florida the next day as “asylum seekers”, creating a major political and humanitarian catastrophe for President Jimmy Carter and the overrun immigration system.

It’s too early, of course, to know anything about the criminal and mental histories of this rapidly expanding “Mariel Airlift”, as I’ll call it, or even how many of the ones now reaching the southern border got here through Managua.

And there’s every reason to believe that far more are about to add themselves to the miles-long lines in Havana, now with an eye to May 23 and access once again to the “Remain in America” deportation dodge provided by the American asylum system.

Whether they planned it this way or not, the bilateral agreement for the flights and long lines for tickets at a sensitive time like the end of Title 42 certainly puts Nicaragua’s Daniel Ortega and Cuba’s Mario Diaz-Canel Bermudez in a strong bargaining position should they want to make demands of Biden. Are the two leaders “weaponizing” mass migration? We don’t know, but poor U.S. relations with those roguish nations predating President Biden leave him with little leverage to shut down that flow with their two leaders, who are broke.

Look for signs of new “diplomatic activity” that might end with aid packages or some other valuable considerations.

In perhaps one sign of Nicaragua’s poke-in-the-eye attitude about what the deal is doing to the Americans, a spokesperson for Nicaragua’s Ministry of Tourism swore to the French EFE media outlet, probably even with a straight face, that Cubans would not use Nicaragua as a springboard to the U.S. southern border because they were really just volcano tourists.

“They are lovers of our volcanoes. They don’t have volcanoes, so it is impressive for them that we have that volcano with an active lava lake and that they can see it up close,” she said, probably in reference to the Masaya Volcano.

But given Biden’s strategy for handling mass migration in the greatest magnitudes ever, any visits by Cubans to the Masaya Volcano will amount to very brief pit stops on the way north.

Rather than array forces to stop, block, deter, and take asylum off the table, Biden’s DHS appears to be marshaling resources — people, transportation, housing, and medical services — to expand its capability to usher in all comers as smoothly as possible, vaccinate them against Covid-19, and then release them on humanitarian paroles into the American interior as eventual “asylum seekers” asked to self-report later to an immigration office.

Expect the exodus-by-air from the economically troubled island nation of 11 million to fully fill a lane of the post-Title 42 superhighway now under construction to America’s border.