A Most-Wanted American Jihadist Caught in Mexico Was On His Way to Egypt, not the U.S. Border 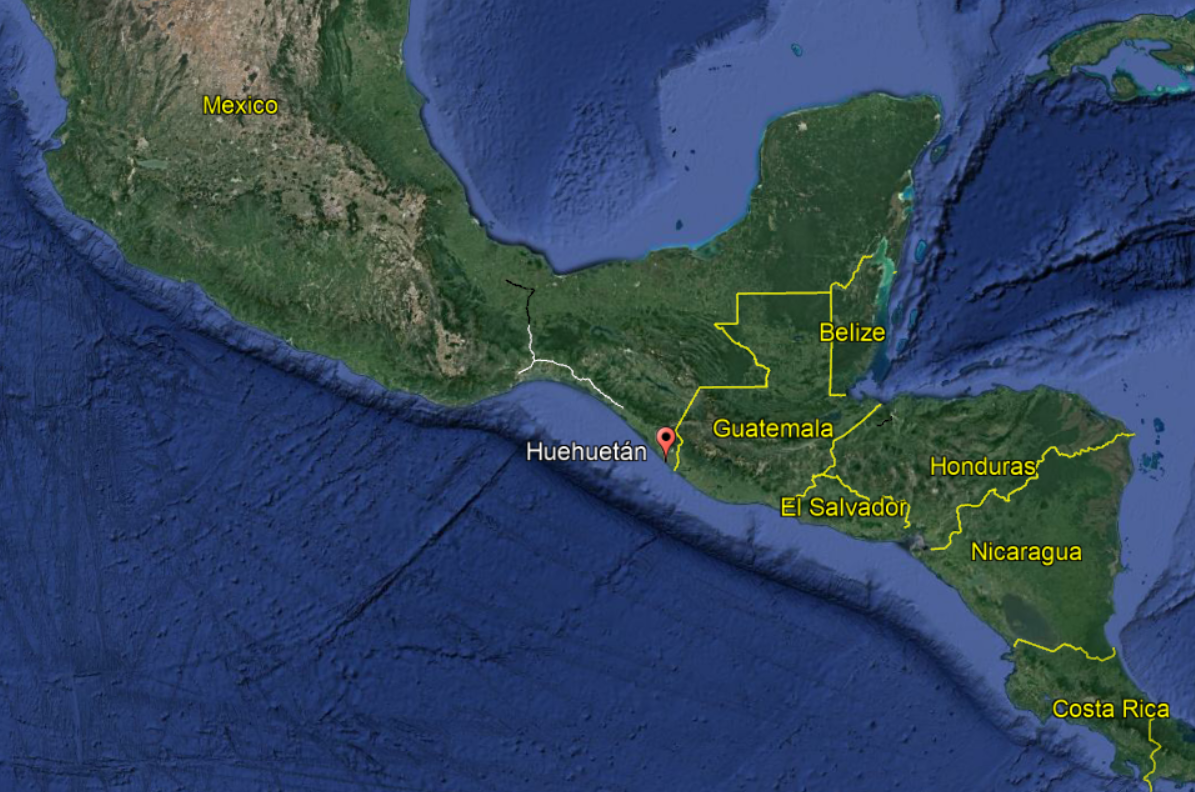 On or about August 16, Mexico's Federal Ministerial Police issued a rare and most curious public announcement: Mexican immigration had apprehended an American citizen who was wanted on an Interpol "blue notice" warrant on suspicion of supporting violent jihad and radical Islam on digital platforms.

The man, identified by Mexican media as "Mohammed Azharuddin Chhipa", was found and arrested at a migrant detention center in the town of Huehuetan, just a few miles north of a heavily trammeled Guatemala border crossing for northward-moving U.S.-bound immigrants. Interpol blue notices are put out for international travelers that law enforcement suspects of involvement in a crime.

The U.S. national security concern about Chhipa was such that Mexico deported him by air to Washington D.C., no doubt into the hands of FBI counterterrorism investigators.

Absent further detail, an observer with just this knowledge might guess Chhipa was clandestinely returning home to America on the migrant trails from the Middle East battlefields of ISIS posing as a migrant, as did many dozens of European citizens to reach their home countries. But that is not the case, according to reliable intelligence community sources.

I was told that Chhipa actually was outbound from the United States and on his way toward a foreign jihadist group to join them, at least initially to Egypt. The reason Chhipa was traveling southward away from the United States was because he was on the American "no-fly" list and couldn't depart from an American airport. He decided to find one somewhere unnamed in Latin America where no fly lists are not a thing, sources told me.

Little else about the suspect, his itinerary, or the FBI investigation could be learned, not even whether the suspect's name is real.

But while the idea that violent Islamic jihadists crossing into the United States at the southern border has inspired significant homeland security investment and programs, American jihadists have also sought to escape no-fly list restrictions and law enforcement detection by traveling southward over the same border to get to the jihad overseas.

For example, on October 4, 2016, two Milwaukee, Wisc., men on the no-fly list were arrested near San Angelo, Texas, on their way to Mexico as part of an alleged plan to join ISIS. Authorities who had been tracking the two as they traveled south to the Mexican border arrested Islamic converts Jason Michael Ludke and Yosvany Pedilla-Conde, a Cuban national, on U.S. Highway 87 in Tom Green County. The arrests occurred on the final leg of a car journey from Milwaukee to El Paso, where the men allegedly hoped to cross to Juarez, Mexico, and acquire fraudulent passports, possibly to fly from Brazil to reach ISIS in Raqqa, Syria, then travel to ISIS-held Mosul, Iraq.

The two men are among many publicly known cases in which U.S.-based Islamic extremists attempted to avoid law enforcement detection assured at airports by crossing the land border into Mexico instead, from where they could travel undetected to join Islamic terrorist groups such as ISIS.

In April 2015, seven Minnesota men of Somali descent were arrested in San Diego and in Minnesota for conspiring to fight with ISIS in Syria by crossing the California-Mexico border, but were arrested prior to some of them crossing, court records show. According to their May 2015 federal indictment, the group discussed obtaining false Mexican passports from another friend already in Syria. The plan was to fly from Mexico to Turkey and then to Syria.

Also in April 2015, after returning from Syria, Iraqi-born Texas resident Bilal Hamed Abood was arrested for lying to the FBI that he had not pledged allegiance to ISIS. Two years earlier, Abood crossed the Mexico land border, boarded a Mexican airline to Bogota, Colombia, and got to Syria, where he falsely claimed to have fought with the Free Syrian Army instead of ISIS, to which he had pledged fealty.

In July 2012, Somali-born citizen Liban Haji Mohamed drove from his home state of Virginia to the Texas-Mexico border, slipping his FBI surveillance team along the way, and crossed into Mexico. He then flew to Somalia via Mexico to join the terrorist group al-Shabaab and was later placed on the FBI's Most Wanted terrorist list. The transitional Somali government arrested him in in March 2015.

There are other cases like this. If you're a known terrorist trying to go somewhere else, striking out on a southward route to any of 20 Latin American countries with international airports — and not much intelligence-sharing with the United States — makes good tactical sense.

And while we still don't know much about which American city this suspect called home or how his life came to this, it's safe to assume the FBI had this man on its radar for quite a while before realizing he was gone. Hey, it happens.