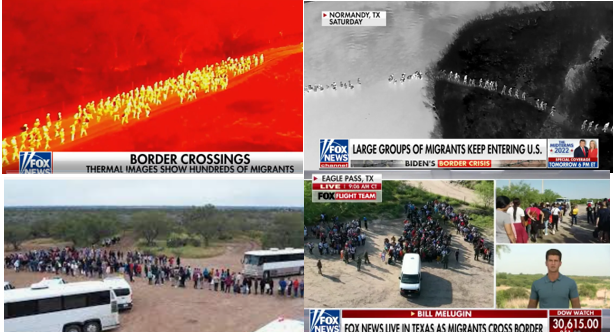 EL MORAL, Mexico – Just across the Rio Grande from this tiny farming village is where Fox News drones shot the video footage that provided America with perhaps the most iconic vision of the southern border’s two-year-long mass migration crisis: groups of large as 2,500 calmly appeared on the Texas side near Eagle Pass to turn themselves in to the Border Patrol for quick release into the United States.

The flying cameras of Fox News shined a brilliant light on these arriving groups, stunned much of the public, spurred Republican lawmakers to voice outrage, and may well have contributed to President Joe Biden’s January decision to finally visit the border.

But the Mexican side of the story here in El Moral has remained dark, though it probably stands as by far the more disturbing half of the story.

The Center for Immigration Studies recently visited the villages and roadways of the region across from where the infamous drone footage was shot, ground zero of it here in the tiny rural village of El Moral and also in nearby El Centinela, off Mexico Highway 2 along the Rio Grande and some 20-30 miles north of Piedras Negras, the Mexican city opposite Eagle Pass. These are two of the main villages, which hug the Rio Grande, where most of the huge crossings were staged. 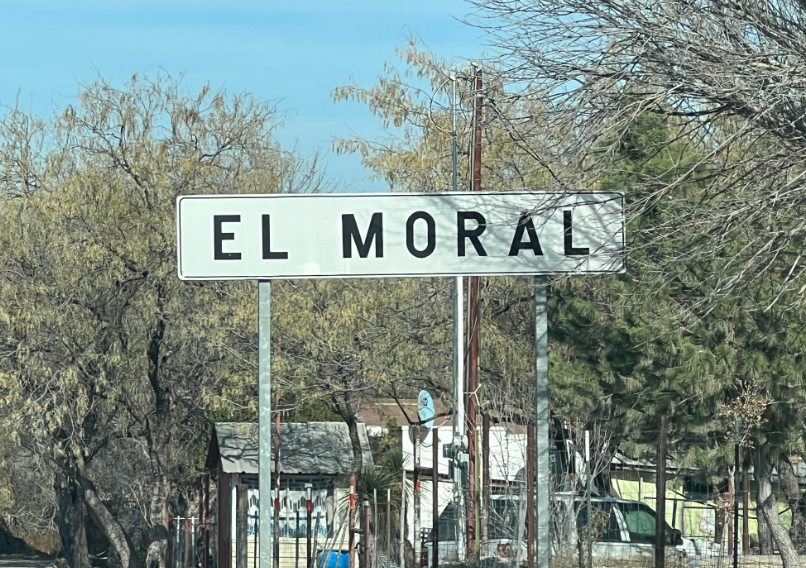 It turns out that Coahuila state police ran all of this smuggling. To cash in on irresistibly large profits to be made, in mid-2021 they created a sophisticated criminal conveyor belt system of minivan caravan transportation, stash housing in abandoned factories, and security personnel that could only have operated in the open at such a scale because it was the government doing it all.

This and the details of the operation come via corroborating CIS interviews with an active-duty Mexican immigration officer stationed in Piedras Negras, residents of El Moral, some Mexican media reporting, and a person with direct access to an involved smuggler.

“All those big masses of people were crossing last year [2022] because everybody, all the migrants, saw and watched that Biden was doing nothing about that and was letting them all inside America,” said this person, who did not want to be identified for obvious security reasons. “All levels of the government managed it,” this person said of the smuggling operation on the Mexican side. “It was a very organized. It was very sophisticated. They had a lot of money off this traffic.”

The individual said the state police felt compelled to organize this operation in mid-to-late 2021 to capture irresistible profits that American policies made possible by enticing more people than ever before to cross through the region. For perspective, Del Rio Sector Border Patrol agents “encountered” 40,342 illegal border-crossers in fiscal year 2020. In FY2022, the number reached 480,931. In just October and November, the first two months of FY 2023, Border Patrol processed 90,482.

The police operation has charged every migrant $400 for just the final crossing, the individual said, meaning that a group of 2,000 could fetch $800,000 in a night, which helps explain the large group sizes.

“There have been times when three or four vehicles arrived, and I have been taken out of my vehicle with guns pointed at me and asked what am I doing here. I prefer to keep my distance. We are recommended a lot of discretion because that’s organized crime.”

Federal police and soldiers, meanwhile, “will tell you, ‘I’m not immigration. I didn’t see any immigrants. It’s not my problem.’”

The immigration officer whom CIS interviewed put all of this on the state police and its highest commanders, consistent with Mexican media reporting in recent years (more on this below).

“What has caught my attention is that there are commanders from the police that have tremendous cars, brand new trucks, and their salary is not enough. If you drive by Allende [a city about 35 miles from the border], you’ll see them driving their brand new Ford trucks and you’re like, ‘What the fuck?’”

Here’s how it all worked:

In part, state police associates would sell travel packages to travelers arriving by bus in the sprawling industrial city of Monterrey, a major immigration hub in Coahuila’s neighboring state of Nuevo Leon, where Texas-bound immigrants often coalesce at the station. The deals include transportation in rented minivans the four hours to Piedras Negras.

The Mexican immigration officer said those fished from Monterrey might have to pay up to $10,000. But many other migrants find their own transportation to Piedras Negras and enter the organized pipeline after hearing of it by word of mouth. 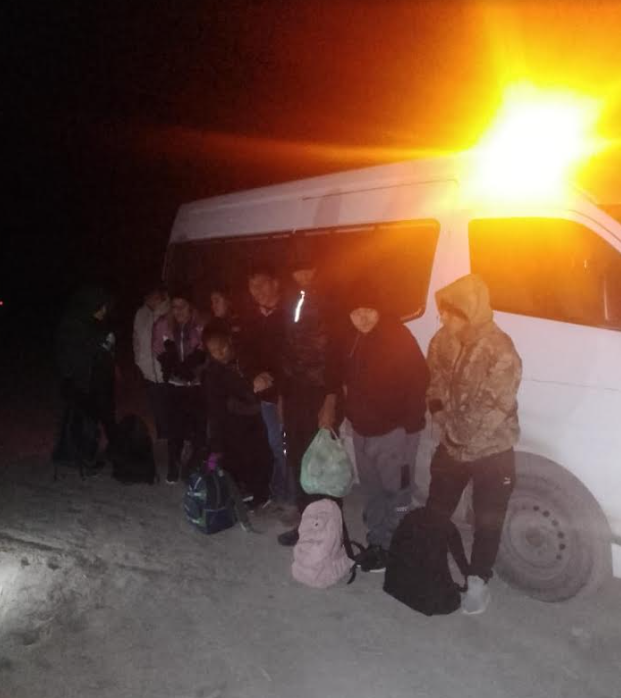 A Mexican government photo of one of the minivans provided to CIS.

In the vicinity of Piedras Negras, the police smugglers would fill abandoned factories and local houses with migrants during the day, then between the hours of 2 and 3 a.m., police would fill the rented minivans and form them into long snaking caravans that would drive through El Moral, a collection of several dozen homes on small acreages they can farm, where several dirt roads lead to the river a mile or so north past the edge of town.

One El Moral resident said the caravans roared through the village on the dirt road by that resident’s house in the early morning hours of almost every day, sometimes 50 minivans at once.

The officers, almost always dressed as civilians and also armed, would stage these many hundreds or thousands of migrants on the river bank and direct them to wade over to turn themselves in to the U.S. Border Patrol for processing into America. That’s where Fox News drones caught them on camera.

But back in Mexico, that many vans in long snaking caravans in the middle of the night could not possibly have reached El Moral from Piedras Negras without state police knowledge and acquiescence. The caravans have to pass through a state police checkpoint on Highway 2, right outside a sprawling state police headquarters building. The Mexican immigration officer said that checkpoint was manned 24 hours a day, seven days a week.

And why stop and interdict them? What would the Mexicans do with so many when each and every one of them, no matter how young, were willing to pay $400 for the ride and river crossing.

Some Mexican media outlets have reported for years that an elite unit of the state police in the northern zone of Coahuila formerly known as GATE Special Weapons and Tactics Group (now Fuerza Coahuila), sent there in 2012 to oust the Los Zetas cartel, have themselves operated as a cartel ever since.

“The maneuvers they are carrying out are not for the sake of protection but for the sake of controlling crime,” she said. “And this control has to do with the transfer and distribution of the drugs and the control of the passage of migrants to the United States.”

In early January, the Biden administration announced new policies that will force many border crossers back into Mexico where they can apply for “humanitarian parole” and then cross with U.S. permission through ports of entry.

The individual associated with the Piedras Negras smuggler told CIS that almost all traffic over the river immediately stopped. Gone are the caravans of minivans through El Moral.

All of which goes to show the central role of U.S. policy in starting and stopping mass illegal migration.

At least for now.

Florida has filed a federal lawsuit challenging the Biden administration’s use of humanitarian parole to “legally” let in people who were otherwise going to cross illegally. That trial is underway in Pensacola.

The outcome may decide whether business would boom again for Coahuila State Police – and Fox News.