Many rejected the narrative that a 'racist' president hated them 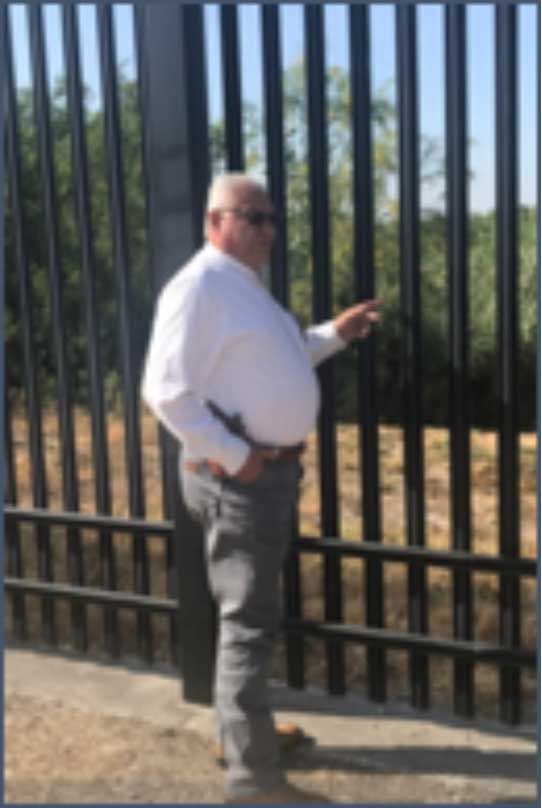 AUSTIN, Texas — One of the 2020 election's great surprises — the color change from Democrat blue to Trump red of deeply Latino districts along the Texas-Mexico border — has already given way to introspection and early conclusions that Republican messaging on economic policy pushed this reliably Democratic constituency rightward.

Center for Immigration Studies interviews with numerous residents on the Texas border and an analysis of hyper-local border media reports certainly confirm that voters in historically blue counties like Starr, Zapata, Cameron, Webb, Val Verde, La Salle, Frio, and many others that either went red for the first time in living memory or came close did feel repelled by Joe Biden's talk of transitioning away from oil and gas fracking and pandemic-related business lockdowns.

But that was the least of it. Left largely unreported in the national press is that hundreds of thousands of Latino voters in rural Texas — the sons and daughters of early legal migration — also felt repulsed by the 2019 mass-migration crisis during which nearly one million illegal Central Americans swamped the border as Democratic voices encouraged it, litigated efforts to staunch the tide, and promised open gates under a Biden administration.

"The immigration thing was another reason. A lot of our community from Mexico came here legally. Others were born here in Texas," said Sheriff Joe Frank Martinez, a lifelong Democrat who stuck to his own party and won a fourth term in Val Verde County, which turned red around him for the first time in decades.

"The general feeling is that if someone comes to the U.S. they need to do it legally. I think that was probably a good majority of the Republican vote, yes."

A Biden presidency was widely viewed as portending more of the same, according to Gilbert Rodriguez, a fourth-generation co-owner of a family-held industrial equipment business in Del Rio, Texas, in Val Verde County and a staunch Republican who has often felt politically lonely. 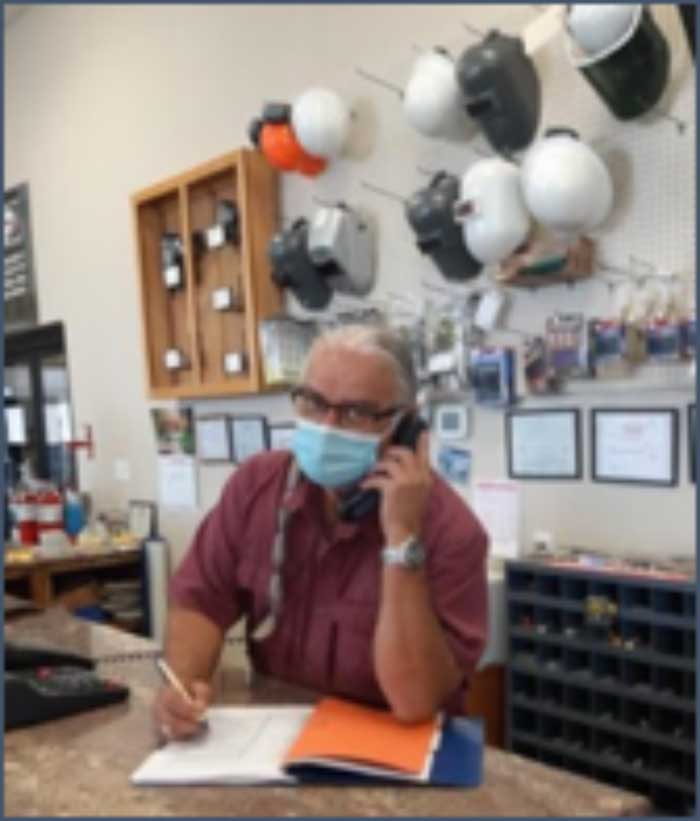 Rodriguez said his mother's family stretches back as a recipient of one of the region's original Spanish land grants. His father's family has lived on the Texas side for generations in the same area as proud Americans of Mexican heritage.

The experience of seeing "armies" of unvetted strangers from all over the world — Haitians, Congolese, Middle Easterners, and others — pour over from Mexico during 2018 and 2019, with the encouragement and political protection of national Democrats, not only turned off many Latinos in the region to the party but also "scared them shitless", explained Rodriguez, who lives 500 feet from the Rio Grande and recalled how Border Patrol would routinely "line them up and frisk them on our fence".

"It's not just Mexican people, and they're not coming one or two at a time. There are thousands and thousands," Rodriguez told CIS this week, adding that criminals and murderers are always among them. "A lot of the Hispanics don't like that. They don't like that. They're saying, 'our people filled out the papers and paid the fees and followed the rule of law.' They want everyone to follow the law. Just ... follow the law. And instead these people are just coming over and flipping the bird at us and just saying, 'feed me.'" 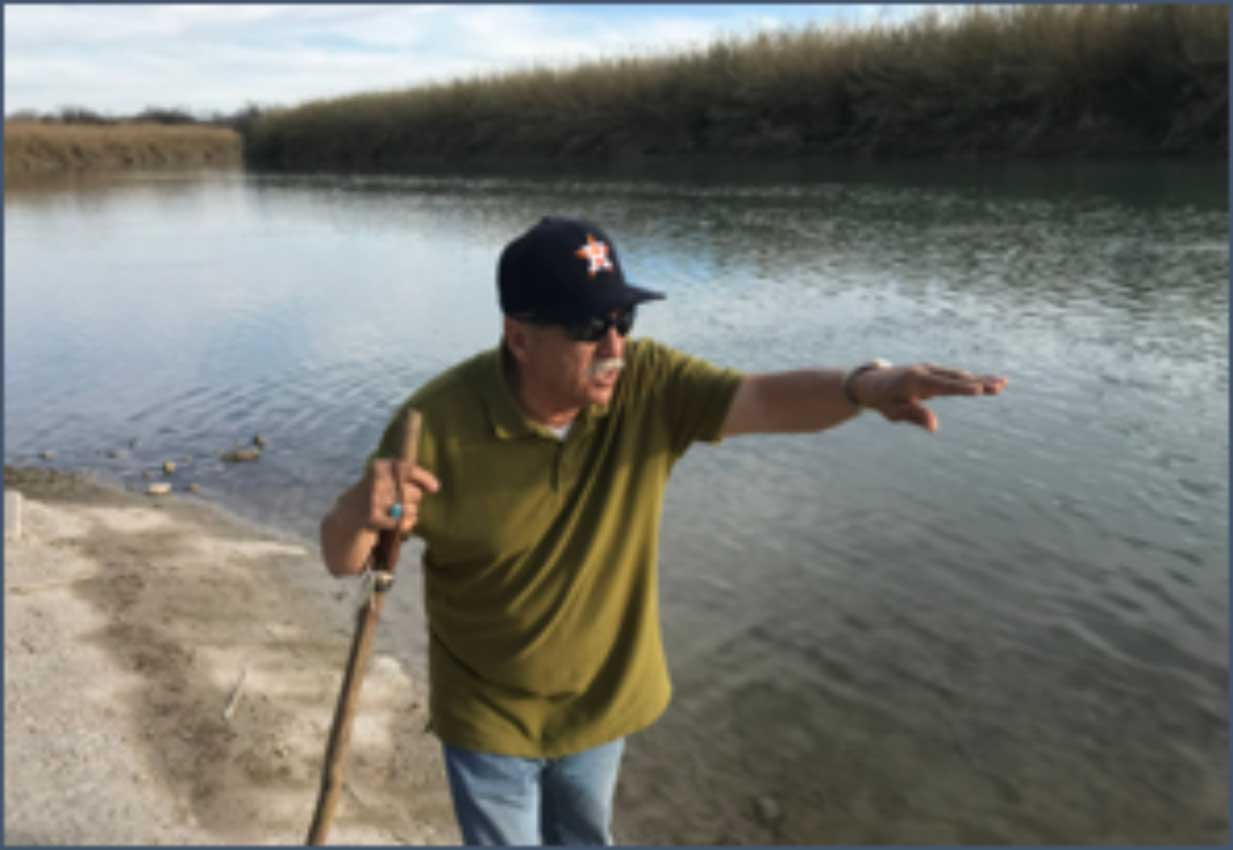 Along illegal immigration lines, federal agencies are a major source of employment and stability for border communities. Voters there recoiled at seeing and hearing Democrats nationwide demonize their bread-winners for months on end and obviously went hard the opposite way, said Tony Castaneda, former police chief of Eagle Pass and Republican precinct chairman in next-door Maverick County, where the vote for Trump was surprisingly strong.

Castaneda said he knew what was going to happen when he helped organize a Trump vehicle caravan that drew at least 2,000 participants in his historically blue county.

A large part of the Trump support was a strong repudiation of relentless condemnations among demonstrators in big Democratic cities and in Congress of Border Patrol, ICE, and detention facilities that provide jobs.

"The left attacks, and all the unrest and stuff like that, yes. The Border Patrol guys ... they were really upset about people not accepting them," Castaneda said.

The Latino border vote in Texas also seemed to stand at sharp variance with a widely and broadly repeated narrative that Donald Trump is a racist whose anti-Hispanic animus was manifested in his immigration-enforcement policies.

But Castaneda, Rodriguez, and others said they thought large numbers of people along the river never believed the Trump-is-racist story and saw it more as a Democratic narrative designed to divide people and win votes. The opposite happened among Latinos outside Texas's largest urban areas, Castaneda said.

"The media — CNN, ABC, CBS — they kept pounding and pounding and pounding about Trump not liking Hispanics, and again I go back to the same line: A lot of people believed he was not a racist, that it was just political jargon to lambast the president," said Castaneda, whose home is just yards from the Rio Grande and is often a rest stop for illegal immigrants.

He would often tell the Central American migrants as Border Patrol arrived to pick them up on his property: "It's not that Trump doesn't want you to come; he just wants you to do it legally. People like you guys ... you cannot just come and invade another country like you're doing now."