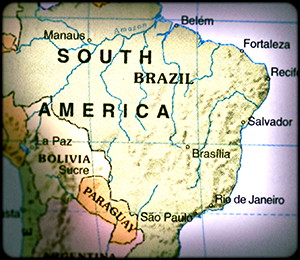 Perhaps fewer Iranians will be reaching the borders now, at least for a while, due to the recent bust in Brazil of Reza Sahami, a dual citizen of Canada and Iran who was caught guiding a group of seven Iranian nationals in the city of Assis Brasil on the border of Peru. All seven Iranians possessed fraudulent or altered passports from Israel, Denmark, and Canada.

The Brazilian bust comes at a time of heightened vigilance in American homeland security as Iran continues to threaten violent retaliation for the January 2020 U.S. drone-strike assassination of Iran's Islamic Revolutionary Guard Corps-Quds Force General Qasem Soleimani. Recent reporting had Iran plotting to assassinate the U.S. ambassador to South Africa in retaliation for the Soleimani killing.

Over the September 19 weekend, the guard's website quoted Gen. Hossein Salami as saying, "Mr. Trump! Our revenge for martyrdom of our great general is obvious, serious and real."

No information points to border infiltration as a means for Iran to exact its revenge. Neither the ICE press release nor Brazilian media reporting quoted any official concerned that Iranian migrants might be traveling with retaliation orders.

But the timing of a joint U.S.-Brazil counterterrorism operation that netted a smuggler of illegal migrants from Iran — and the fact that the Americans and Brazilians are working so closely on cases like this — is at least very fortuitous.

Brazil is prosecuting but the U.S. Immigration and Customs Enforcement's Homeland Security Investigations, which works in foreign posts throughout the Americas hunting special interest alien smugglers, played enough of a significant role to issue its own press announcement, which was largely ignored despite the heightened Iranian threat.

"Sahami has been smuggling criminals across international borders for over ten years," said ICE Attaché for Brazil and Bolivia Robert Fuentes in the scarcely reported September 10 ICE press statement.

Brazilian media reported that six Iranians were held for a time, then ordered to return to Iran within 15 days or face prosecution for possessing bogus Canadian and Israeli passports. It's unclear what happened to the seventh reported by ICE, though one of those captured was a child.

The Significance of Iranian Border Migrants

Even before the Soleimani retaliation threat, American intelligence and law enforcement officers wanted to interview and investigate each and every Iranian who crossed the U.S. land border. As I have frequently written, Iranians are among a long list of "extra-continental migrants" or "special interest aliens (SIAs)" from around the world who present unique national security threats that American homeland security workers are obliged, if they ever can, to rule out once those travelers reach U.S. borders.

Historically, an apprehended Iranian migrant might turn out to be either blessing or curse for U.S. security.

The latent national security curse typically was not so much that Iranian migrants would blow something up inside the United States, but rather that they would be spies sent in that way to conduct espionage operations.

Conversely, a latent blessing is that some of these Iranian migrants might be genuine government abdicators willing to provide valuable intelligence on the Islamic Revolutionary Guard and Al Quds forces, which are U.S.-declared foreign terrorist organizations.

For some time in the foreseeable future, U.S. homeland security will have no choice but to also consider the migrants in light of Iran's promises of retaliation.

An intelligence community source familiar with the case tells me the Sahami organization flew Iranians into Canada on fake passports, but also had some smuggled over the southern border. It's unclear if Sahami's clients reached the United States by flying first into Canada and crossing south and, if so, how many.

Regardless of whether some are flown to Canada so they can cross the American border, their steady arrivals every year at both borders demonstrate the presence and capability of long-haul smuggling organizations like the one Sahami allegedly ran and that disrupting them must now become a priority.

The Sahami case reinforces another important development in the American-led hunt for SIA smugglers: Brazil's reinvigorated counterterrorism collaboration under the presidency of Jair Bolsanaro. As I've written, Brazil has long served the smugglers as one of the busiest landing and staging areas for special interest alien migration due to corruption in its embassies and airports. But with Bolsanaro in office and new counterterrorism and counter-smuggling laws on Brazil's books, ICE and CBP have ramped up their presences there.

The Sahami case was Brazil's second significant bust and prosecution of an international SIA smuggler alongside the Americans, though that government has assisted past American prosecutions. The first came in August 2019 when Brazilian federal police in Sao Paulo rolled up three notorious smugglers: a Somali, an Algerian, and an Iranian based in the country. As I wrote at the time of this bust, the smugglers were transporting immigrants from countries of national security concern to the U.S. southern border for years, including two Somalis arrested by the Americans for suspected terrorism.

Indeed, the Brazil-U.S. partnership appears to humming right along. In 2019, U.S. Customs and Border Protection and Brazil's federal police opened a joint pilot program inside the country's airports to identify high-risk "travelers with links to terrorism…and alien smuggling" coming and going, according to a recent State Department report. And Brazil has sent officers to work with CBP in Washington.