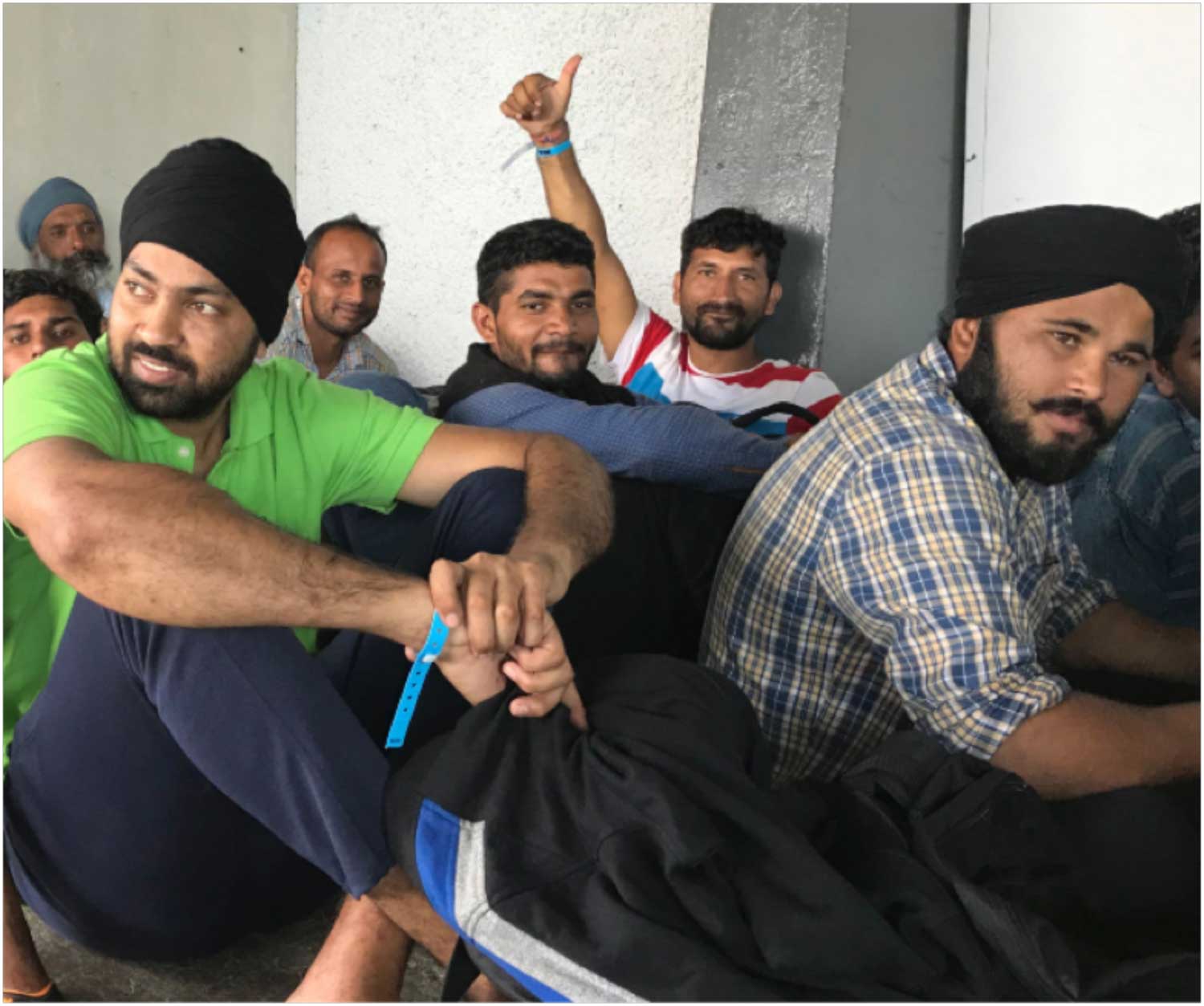 Indian Sikh extracontinentals moving through Costa Rica on their way to the US southern border. Photo by Todd Bensman, December 2018.

Both sides settled into a tense multi-day standoff during which the migrants negotiated safe passage aboard trucks.

But many of these border crossers were not the Mexicans and Central Americans familiar to Americans. They were from African nations such as the Ivory Coast, Sierra Leone, and Senegal, as well as Haiti and nations such as Pakistan, India, and Bangladesh, which are of terrorism concern in the United States.

U.S. homeland security professionals sometimes refer to these as "extra-continentals" or "special interest aliens" because they have traveled vast distances and are regarded as posing some national security risk. Right now, an unknown number of extra-continental migrants that may be in the thousands — perhaps following in the earlier path of 11 Iranians caught at the Arizona border on February 2 — are on the march throughout the Americas in caravans and in smaller groups. People like the 187 from Somalia, 182 from Syria, and 63 from Tunisia caught by Honduran authorities in December are feeling especially motivated by word that the U.S. border is open under newly seated President Joe Biden.

Chuck Holton, a Panama-based American journalist reporting for the Christian Broadcasting Network, spoke by phone on Thursday, March 4, with Homeland Security Today just moments before boarding a migrant boat in the northeast Colombia town of Necocli. He said he felt surprised to find himself among a "massive crowd of hundreds" waiting to board. With the ambient sounds of children and talking people in the background, Holton told CBN that many hailed from African nations like Burkina Faso, Ghana, and the Democratic Republic of the Congo, but many more were from Haiti and Cuba; one was from Turkey and four were from Nepal.

All were heading to a beach landing up the Colombian coast to a trailhead leading over the "Darien Gap", an arduous jungle foot route leading to the Panama border.

Holton said many of the Haitians and Cubans had already been living and working for years in countries like Brazil and Ecuador but decided to uproot their lives again because family and friends in the United States urged them to come right away, saying President Joe Biden would welcome them in and prevent their deportations.

"They're telling me, 'Biden likes us. He likes immigrants. Biden likes immigrants,'" Holton said of his interviews with more than a dozen of the migrants. "The Africans literally just left a week ago. Some of them said, 'we know it'll be easier now.'"

Indeed, newly confirmed Department of Homeland Security Secretary Alejandro Mayorkas recently reinforced the message to migrants seeking U.S. asylum that they would not be turned away at the border.

"We are not saying, 'don't come,'" Mayorkas said at a March 1 White House press briefing. "We are saying 'don't come now,' because we will be able to deliver a safe and orderly process to them — as quickly as possible." 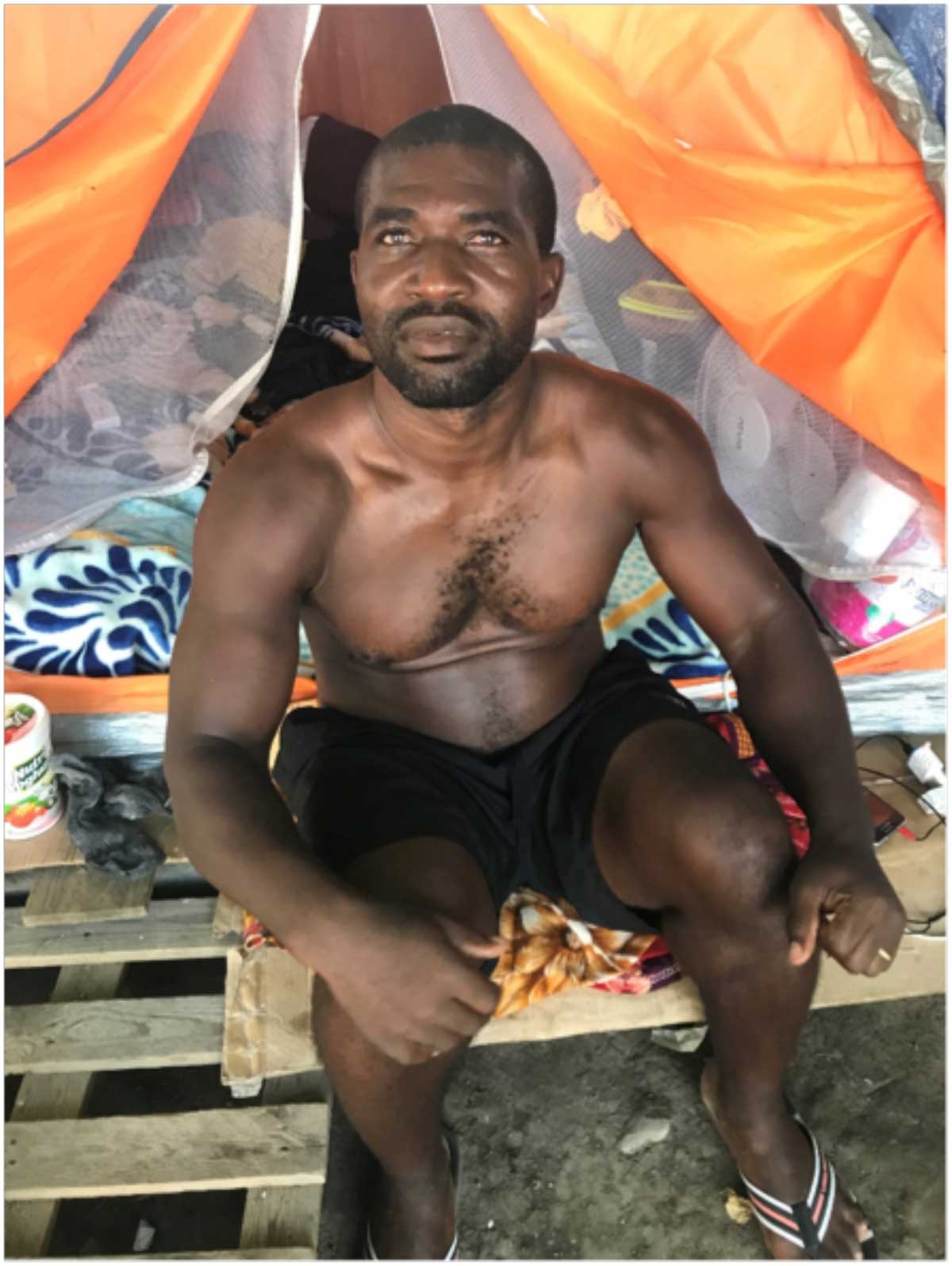 A Cameroonian migrant in northern Mexico across from Texas. Photo by Todd Bensman, 2019.

What differentiates some migrants from Mexicans and Central Americans — especially when they hail from a shifting U.S. list of 35-55 designated nations of national security interest like Iran, Syria, Afghanistan, Sudan, Somalia, and Pakistan — is that American officials see a heightened national security risk in that they hail from areas where terrorist organizations actively recruit and operate. I have argued that the same concern applies to African nations of origin, where atrocity-committing tribal militias and government forces are active and vetting is problematic.

As described at length in my book, America's Covert Border War: The Untold Story of the Nation's Battle to Prevent Jihadist Infiltration, homeland security professionals strive to determine whether the incoming migrants from designated countries of terrorism concern are the persecutors or the persecuted, terrorists or their victims, have blood on their hands or are the bloodied. Often, though, such migrants arrive without even identification from countries that hold no records or have had no viable governments for decades . . .