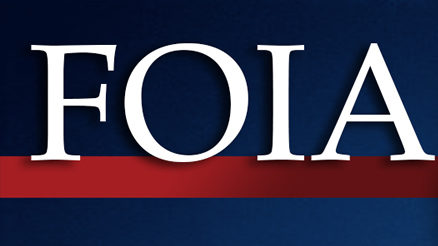 RealClearInvestigations (RCI, part of the RealClearPolitics suite of sites) just published a fascinating piece by Ben Weingarten on what seem to be brand new obstacles the bureaucracy under the Biden administration is now putting between American citizens and their right to know what the government is up to.

For instance, when RCI used the Freedom of Information Act (FOIA) to obtain emails between the Securities and Exchange Commission (SEC) and specific non-SEC third parties, the agency asked the requester to provide email addresses and/or domain names of these individuals, even though certainly the government has the capability to search for names without email addresses.

While we at CIS haven’t recently experienced this particular stonewalling tactic to our FOIA requests, we’ve certainly found that, under the Biden administration, it’s harder than ever to use FOIA for its intended purpose — piercing the veil of administrative secrecy and opening agency action to the light of public scrutiny.

Weingarten points to a possible legitimate reason for the slowness of agency response — that the numbers of FOIA requests have been greater than ever, with an increase of 32 percent from 2012 to 2020. The rise in FOIA requests raises the hope that the American public might be getting more information from the government because of all these requests, at least.

However, a closer look at where FOIA requests are actually coming from reveals the public is not really getting the government transparency these numbers suggest. Who is really writing all of these FOIA requests? Many of them are aliens seeking their own immigration files.

In Saving the Freedom of Information Act, Professor Margaret Kwoka explains that DHS alone receives nearly half of all FOIA requests filed across the federal government, and this number has rapidly risen in recent years: DHS received 39 percent of total FOIA requests in FY 2015, 41 percent in 2016, 45 percent in 2017, 46 percent in 2018, and 47 percent in 2019. (During 2020, FOIA numbers dropped during pandemic restrictions, but this decrease has been temporary as the Covid restrictions have been dropped). DHS has consistently described the vast majority of these requests as “first-party records” (that is, requesters seeking copies of information about themselves). And beyond DHS, such immigration requests also contribute to a significant volume of requests at the State Department, the Department of Justice, and even some from the Department of Health and Human Services and the Department of Labor.

These numbers are so substantial that the second in command at the DHS Privacy Office even stated that “you can’t see what’s going on in FOIA in government if you have immigration records included.” First-person immigration requests are what is driving FOIA numbers across the federal government — and in my experience, federal immigration agencies like to cite these high numbers in both litigation and the administrative process when coming up with reasons for the delay in processing our requests.

These FOIA requests help foreign nationals make their best case to obtain immigration benefits. For instance, illegal aliens seeking to get a green card despite previously having been apprehended and sent back over the border can find out if that previous removal is the type that will bar them or not before they take the risk of applying. Yet this purpose was never even contemplated when, in 1966, FOIA was enacted for the benefit of American citizens to promote oversight of government activities. Anyone contemplating reforming FOIA to work better for the public today should definitely consider these immigration numbers and what they say about how the system works.