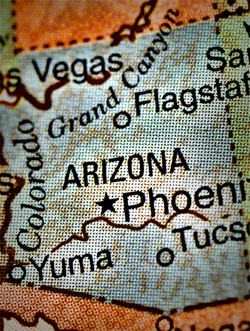 Yesterday, the state of Arizona took an important stand for the American environment. Arizona Attorney General Mark Brnovich filed a lawsuit against the Department of Homeland Security (DHS) for implementing policies that have the direct effect of causing growth in the population of Arizona without conducting any analysis under the National Environmental Policy Act (NEPA). The complaint argues that:

NEPA expressly states that one of its purposes is to “achieve a balance between population and resource use which will permit high standards of living and a wide sharing of life’s amenities[.]” 42 U.S.C. § 4331(b). As the drafters of NEPA recognized, population growth has significant environmental impacts. Migrants (like everyone else) need housing, infrastructure, hospitals, and schools. They drive cars, purchase goods, and use public parks and other facilities. Their actions also directly result in the release of pollutants, carbon dioxide, and other greenhouse gases into the atmosphere, which directly affects air quality. All of these activities have significant environmental impact which, as discussed above, courts have recognized as cognizable impacts under NEPA.

The State of Arizona is, of course, absolutely right that the Biden administration is violating NEPA with its immigration actions. As I have been telling the public, as well as the CEQ itself in a public hearing, ever since I first filed a lawsuit against DHS for ignoring immigration altogether in its NEPA procedures, federal agencies have no excuse to ignore their obligations under NEPA when it comes to immigration policy.

Arizona is the first state to sue, but we can hope that it will not be the last. The environmental consequences of immigration have never been more apparent. The Biden administration continues to disobey NEPA’s core principle of “look before you leap” with its multitudes of unexamined immigration expansion actions forced on the public with no transparency and no hearings. NEPA gave us a way to fight back.