Won't Take Back Your Citizens? No Visas for You 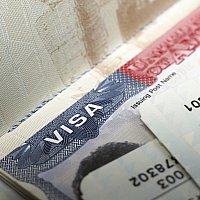 At a July 2016 hearing before the House Committee on Oversight and Government Reform (where I was serving as National Security Subcommittee staff director), it was revealed that (at that time) there were 953,507 aliens under final orders of removal who remained in the United States.

One factor in the large number of unexecuted orders of removal, the committee heard, was the fact that the State Department and Department of Homeland Security (DHS) were not utilizing a powerful tool: section 243(d) of the Immigration and Nationality Act (INA). That section states:

On being notified by the Attorney General that the government of a foreign country denies or unreasonably delays accepting an alien who is a citizen, subject, national, or resident of that country after the Attorney General asks whether the government will accept the alien under this section, the Secretary of State shall order consular officers in that foreign country to discontinue granting immigrant visas or nonimmigrant visas, or both, to citizens, subjects, nationals, and residents of that country until the Attorney General notifies the Secretary that the country has accepted the alien. (Emphasis added.)

On August 22, 2017, the Washington Times reported that the Trump Administration had decided to enforce this provision against four so-called "recalcitrant" countries; that is, countries that have refused to accept back their nationals who are under orders of removal. The countries have not been named, but the Times reported that they are believed to be Cambodia, Eritrea, Guinea, and Sierra Leone.

Remarkably, the Obama administration refused to use its authority under this provision until just before the last election, utilizing it once (against The Gambia) under congressional pressure in October 2016, despite the fact that the State Department had admitted it was a "very, very powerful tool". To understand the effectiveness of section 243(d) of the INA, it is only necessary to look at the first instance in which it was employed in the past, almost 16 years ago.

In 2001, the State Department invoked section 243(d) against only certain visa categories for nationals of Guyana. As the Government Accountability Office (GAO) described that situation:

In order to gain control of our borders, the United States must make it clear that if an alien is here illegally, is caught, and is ordered removed, removal will occur. With this action, the Trump administration is taking one more step toward making this a reality.