Mischief on Tap in Turtle Bay 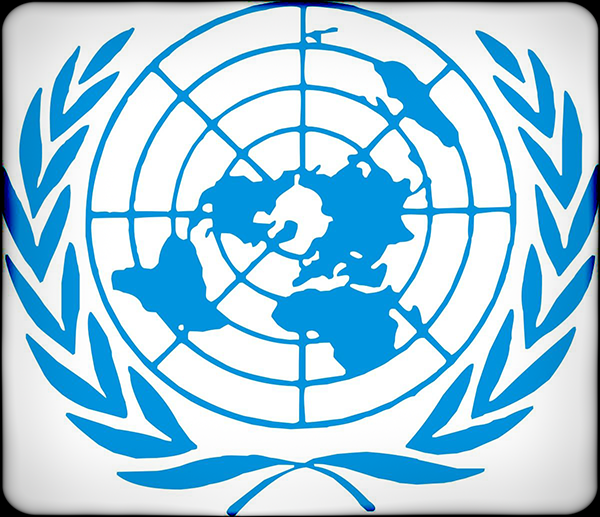 On September 19, 2016, the United Nations (UN) General Assembly adopted a resolution captioned "New York Declaration for Refugees and Migrants". According to the UN, in that document:

Much of the declaration consists of background information and purely aspirational directives. For example, paragraph 14 states:

We strongly condemn acts and manifestations of racism, racial discrimination, xenophobia and related intolerance against refugees and migrants, and the stereotypes often applied to them, including on the basis of religion or belief. Diversity enriches every society and contributes to social cohesion. Demonizing refugees or migrants offends profoundly against the values of dignity and equality for every human being, to which we have committed ourselves. Gathered today at the United Nations, the birthplace and custodian of these universal values, we deplore all manifestations of xenophobia, racial discrimination and intolerance. We will take a range of steps to counter such attitudes and behaviour, in particular with regard to hate crimes, hate speech and racial violence. We welcome the global campaign proposed by the Secretary-General to counter xenophobia and we will implement it in cooperation with the United Nations and all relevant stakeholders, in accordance with international law. The campaign will emphasize, inter alia, direct personal contact between host communities and refugees and migrants and will highlight the positive contributions made by the latter, as well as our common humanity.

Aspects of that declaration, however, raise concerns about the effects of the ultimate global compact on the national sovereignty of the United States, and on the federal government's ability to control our nation's borders. Even more seriously, other aspects of that declaration have the capacity to exacerbate the issues that the compact is ultimately intended to address.

For example, paragraph 33 of the declaration states:

Reaffirming that all individuals who have crossed or are seeking to cross international borders are entitled to due process in the assessment of their legal status, entry and stay, we will consider reviewing policies that criminalize crossborder movements. We will also pursue alternatives to detention while these assessments are under way.

It is unclear from the declaration what that "review" will consist of; however, international review of U.S. criminal statutes is problematic for number of reasons. First, those statutes represent the will of the people as expressed through their representatives, the very bedrock of our democratic system. Second, applying international standards to the unique situation in the United States, particularly as it relates to illegal entry along the border, would appear to be unwise at best, and foolhardy at worst. Most nations do not have large populations of individuals from around the world attempting to cross their borders, and in many cases, criminal penalties are the most significant disincentive preventing aliens from undertaking the dangerous illicit passage to the United States.

Moreover, detention is often key to ensuring that individuals who have paid thousands of dollars to smugglers to come to the United States will in fact appear at their hearings. If an alien has made such an investment in the hopes of working in the United States, release on an "alternative[] to detention" will not prevent that alien from achieving the goal of gaining employment. Further, many such "alternatives to detention" can be subverted, and once an alien is at large in the United States, Immigration and Customs Enforcement (ICE) must expend significant resources to locate that individual, if they are ever able to locate him or her at all.

These are issues that most UN member nations do not have to grapple with (or grapple with on such a scale), and applying an international standard to the immigration situation on the ground in the United States would likely be unsuccessful in addressing these problems.

In addition, paragraph 33 of the declaration continues:

Furthermore, recognizing that detention for the purposes of determining migration status is seldom, if ever, in the best interest of the child, we will use it only as a measure of last resort, in the least restrictive setting, for the shortest possible period of time, under conditions that respect their human rights and in a manner that takes into account, as a primary consideration, the best interest of the child, and we will work towards the ending of this practice.

This passage does not appear to differentiate between alien minors who enter the United States with family from those who enter as unaccompanied alien minors. Logically, a policy pursuant to which an alien minor who enters the United States with family would automatically be released would also require the release of the family or at least some members thereof as well. This would, again logically, encourage parents to bring their children along as they undertake the dangerous illegal journey to the United States. Given these facts, a provision that the UN declaration appears to have included in order to protect children would, in fact, have exactly the opposite effect.

Further, as it relates to unaccompanied alien minors, this provision would provide two different incentives for foreign national parents to send their children to the United States. First, parents would pay to have their children smuggled to provide those children with opportunities that are unavailable at home. Second, parents would entrust their children to smugglers to be brought to the United States to serve as "anchor children", through which the parents could seek later immigration opportunities for themselves. Either scenario would appear to be inconsistent with paragraph nine in the declaration, which states:

Refugees and migrants in large movements often face a desperate ordeal. Many take great risks, embarking on perilous journeys, which many may not survive. Some feel compelled to employ the services of criminal groups, including smugglers, and others may fall prey to such groups or become victims of trafficking. Even if they reach their destination, they face an uncertain reception and a precarious future.

This particular passage calls into question whether the individuals who drafted the declaration are familiar with the immigration process at all, or at least as that process occurs illegally along the Southwest border of the United States.

Similarly, paragraph 52 of the declaration states:

We will consider developing non-binding guiding principles and voluntary guidelines, consistent with international law, on the treatment of migrants in vulnerable situations, especially unaccompanied and separated children who do not qualify for international protection as refugees and who may need assistance.

Again, the cited passage is fraught with many of the same issues as those implicated by the latter cited passage in paragraph 33. In addition, while the declaration declares that such "principles and ... guidelines" would be "non-binding" and "voluntary", it could easily be imagined that activist judges in the United States would look to those principles and guidelines in applying U.S. immigration law. Giving the UN the benefit of the doubt that it has the best of intentions in paragraph 52, the real-world possibilities that unintended consequences would follow from such a proposal are significant.

Paragraph 57 of the declaration is similarly open to the possibility of unintended consequences. It states:

We will consider facilitating opportunities for safe, orderly and regular migration, including, as appropriate, employment creation, labour mobility at all skills levels, circular migration, family reunification and education-related opportunities. We will pay particular attention to the application of minimum labour standards for migrant workers regardless of their status, as well as to recruitment and other migration-related costs, remittance flows, transfers of skills and knowledge and the creation of employment opportunities for young people.

The purely aspirational language in the first sentence of this paragraph is unexceptional. The concluding clauses of the second sentence are similarly unremarkable. The introductory clause of the second sentence, "[w]e will pay particular attention to the application of minimum labor standards for migrant workers regardless of their status", raises questions, however, about the implications of this paragraph on the employer sanctions provisions in section 274A of the Immigration and Nationality Act (INA). That section of the INA makes the employment of unauthorized aliens unlawful in the United States. Plainly, the employability of an alien "regardless of [the alien's] status" would appear to be a key aspect of the "minimum labor standards" as they would apply to that alien.

Paragraph 58 of the declaration appears to be inconsistent with section 240 of the INA. That paragraph begins:

We strongly encourage cooperation among countries of origin or nationality, countries of transit, countries of destination and other relevant countries in ensuring that migrants who do not have permission to stay in the country of destination can return, in accordance with international obligations of all States, to their country of origin or nationality in a safe, orderly and dignified manner, preferably on a voluntary basis, taking into account national legislation in line with international law.

Again, much of this paragraph is unobjectionable. The phrase "preferably on a voluntary basis", however, if would appear to be at odds with section 240 of the INA. In particular, section 240(c)(1)(A) of the INA states:

There are significant policy reasons why removal should be the rule and voluntary departure the exception. The threat of removal from the United States, and the consequences that attach thereto are a strong deterrent to illegal entry. Were an alien to know that return to the alien's home country "on a voluntary basis" would be the likely result of illegal entry, the alien would have greater incentive to attempt such illegal entry. Furthermore, such a policy would undermine the effectiveness of section 212(a)(9)(A) of the INA, which bars the entry of aliens who have been removed from the United States for between five and 20 years.

Of the most significant concern, however, is paragraph 49 of the declaration. That paragraph begins "[w]e commit to strengthening global governance of migration." Immigration policies are the most basic of national issues, and are not appropriate for consideration as a matter of "global governance".

Determining which aliens would be admitted for permanent residence and eventual citizenship, and under what terms, is a basic tenet of national sovereignty and a fundamental right of the citizens of a democracy. Such decisions are key to shaping the future of the receiving country, both in terms of that country's culture and in terms of its economic wellbeing.

Further, it is not clear that the United States' representatives at the UN would be able, constitutionally, to commit the federal government to such a policy. More importantly, however, such a policy would appear to be imprudent, as it would surrender, in the worst case, the ability of the United States to control its borders and the future flow of immigrants into this country.

The declaration is the first step in a series of negotiations "leading to an international conference and the adoption of a global compact for safe, orderly and regular migration in 2018." As the UN website notes:

The agreement to move toward this comprehensive framework is a momentous one. It means that migration, like other areas of international relations, will be guided by a set of common principles and approaches.

There are certainly many instances in which the international community should be "guided by a set of common principles and approaches." It is doubtful, however, whether immigration policy is such an instance. The United States should proceed cautiously, at best, in agreeing to a "one size fits all" policy that would govern global migration. Most crucially, the administration should consider whether it is appropriate, and on what terms, this country should accede to a "global compact" that will contradict U.S. law and undermine national sovereignty.