Time for Local Communities, the Media, and Both Parties to Wake Up to the Dangers of MS-13

'This story may be updated' 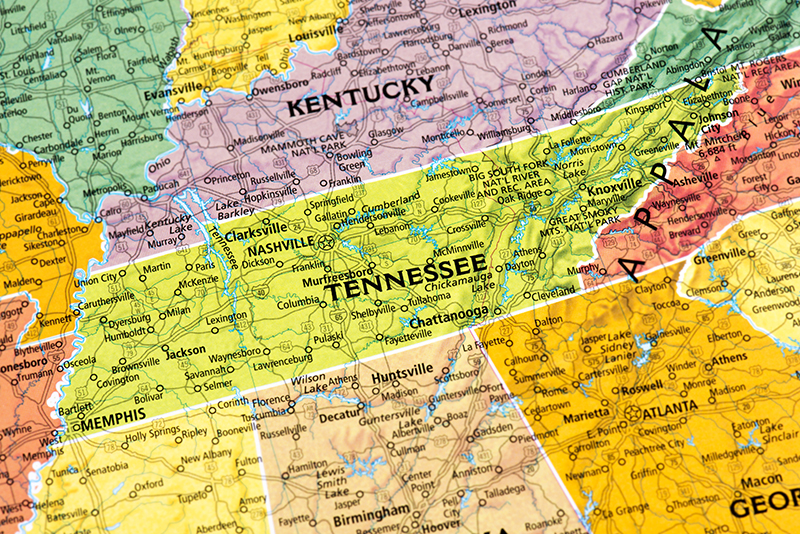 On Thursday, the U.S. Attorney's Office for the Middle District of Tennessee announced that a grand jury had handed down a 16-count indictment against seven MS-13 members, alleging drug-trafficking and firearms charges in a scheme to distribute cocaine and marijuana in the Volunteer State. It is a wake-up call to both parties (and all communities) about the dangers the gang poses.

Three of the seven are specifically identified as foreign nationals: Jose Pineda-Caceres, 22, who goes by "Demente", and Franklin Hernandez, 21, alias "Happy," both of Honduras; and Gerson Serrano-Ramirez, 33, known as "Frijole," of El Salvador.

The immigration statuses of four are not listed: Carlos Ochoa-Martinez, 31, who uses the moniker "El Serio"; Jason Sandoval, 35, who has apparently adopted the chilling nickname "Bin Laden"; and Jorge Flores, 28, alias "Peluche," all of whom are described as being "from Nashville"; and Juan Melendez, aka "Shaggy", reportedly a resident of Lebanon, Tenn. Of course, that does not mean that they are not U.S. citizens, but it does not mean they aren't, either.

In testimony before the House in June 2017, ICE Homeland Security Investigations (HSI) Special Agent-in-Charge (SAC) New York Angel Melendez explained that in New York: "MS-13 are primarily immigrants or descendants of immigrants from the Northern Triangle – El Salvador, Honduras and Guatemala." There is a distinction there – immigrants are aliens, and "descendants" are likely citizens.

Respectfully (and regrettably), it does not make much difference. A fact sheet issued in February 2018 by the White House focused on the gang, and stated (as HSI New York SAC Melendez largely averred): "MS-13, short for Mara Salvatrucha, is a violent transnational gang primarily composed of immigrants or descendants of immigrants from El Salvador."

This followed up on statements that President Trump made at his 2018 State of the Union address, in which he focused on MS-13 crimes to call on Congress to close "glaring loopholes in our laws" that enabled gang members "to enter the country as illegal, unaccompanied alien minors" (loopholes I have also identified in the law).

Interestingly, that prompted the president's critics to push back and soft pedal the dangers that the gang poses. For example, the Washington Post in April 2018 ran a "Perspective" piece that stated: "Just as the FBI has recently portrayed MS-13 in the United [States] as taking orders 'from MS-13 members in El Salvador,' law enforcement at the time imagined a vast network of Black Hand members slipping back and forth through immigration control."

The author was referencing a criminal organization that was the target of federal enforcement at the turn of and into the 20th century, believed to be composed of Italian immigrants. If the group sounds familiar, it may be because Don Fanucci – a character in Mario Puzo's novel "The Godfather" – was identified as being a member of the Black Hand.

The author of the Post piece cites a then-contemporary source ("Joseph Petrosino, an Italian immigrant and the New York City Police Department's resident expert on Italian crime"), who contended that the Black Hand was a "myth" (in the author's terms, not Petrosino's). Be that as it may, MS-13 is plainly not a "myth".

As for the author's excoriation of the FBI's then-recent portrayal of MS-13 in this country "as taking orders 'from MS-13 members in El Salvador,'" at least the Feds were being consistent. Here is what President Obama's Treasury Department had to say when designating MS-13 as a "significant transnational criminal organization[]" in October 2012:

Inasmuch as three of those indicted are listed as being residents of, respectively, Honduras and El Salvador, it suggests that the Tennessee case involves international cooperation, supporting the assertions of the Trump and Obama administrations.

Nor, assuming that the grand jury was correct, is MS-13 the "bogeyman" that the Post author accuses Trump of making the group. Here is how DOJ summarized the charges:

The indictment alleges that beginning in 2014 and continuing until yesterday, the defendants conspired with each other to obtain bulk quantities of marijuana and cocaine for redistribution in and around middle Tennessee. Once the drugs were received, the defendants would reduce them into smaller quantities and sell them in and around nightclubs in Nashville and from the parking lots and restrooms of these establishments. In order to maximize drug distribution in these nightclubs, the defendants would threaten rival and competing drug dealers who sold and attempted to sell cocaine and marijuana in the nightclubs.

In order to protect their drugs, territory and proceeds, the defendants would acquire, carry and discharge firearms and to maintain and extend control over their drug distribution they would commit acts involving murder, intimidation and assault against individuals who jeopardized its operations, including rival drug dealers.

It is beyond cavil that drugs plus guns equals violence (as was true in this case). That was the theme of the HBO series "The Wire", and as an erstwhile resident of Baltimore (where the series was set), "The Wire" was an accurate representation of the deadly and vicious effects of the drug trade there (and perhaps even an understatement).

Curiously, surveying the various articles that contest President Trump's assertions with respect to the gang, most accuse the president of using the gang to target immigrants and their communities. I say "curiously" because those communities are the targets of the gang itself, as ICE admits:

In the United States, MS-13 preys upon Central American immigrant communities by extorting small businesses, peddling street level narcotics to those with substance abuse issues, aggressively recruiting the youngest and most vulnerable community members into the gang, and by inciting violence from rival gang members.

Nothing I have read has ever contested that assertion. You can read the many posts I have written about the gang, and you will come to the same conclusion.

The sadly ironic thing is that those immigrant communities are usually located in areas that are designated as "sanctuary jurisdictions", that is areas that refuse to cooperate with ICE in identifying, arresting, or removing alien criminals in one way or another. They usually – either directly or obtusely – contend that they are doing so to protect the immigrant community.

Having spent almost three decades in and around law enforcement, I have no idea how you protect immigrant communities by allowing aliens involved in armed criminal enterprises there to escape removal. None whatsoever.

I could add the fact that ICE rarely ever targets non-criminal aliens (91 percent of the aliens removed in FY 2019 had criminal convictions or were facing criminal charges), or the fact that proceeds from MS-13 crime flow back to the countries from which most of those immigrants hail to sow even more violence, but you get the point.

President-elect presumptive Joe Biden has vowed to only deport aliens who have committed felonies in the United States (after his first 100 days, when he promises not to deport anyone). Whether that was simply a campaign talking point or a serious contention is yet to be seen. Should he ascend to the Oval Office, however, he – like his predecessors – should target MS-13 (which he could likely do and still keep his somewhat legally questionable promise).

And communities across the country should wake up to the gang and its activities. I have my own bone to pick with the local officials and media in my birthplace, Baltimore County, Md., over their treatment of the gang in light of the murder of 16-year-old Gabriela Ardon.

In relation to that murder, a grand jury indicted five men officials believe "to be affiliated with the MS-13 gang", three of whom are aliens (now with ICE detainers). Those five are also charged in the attempted murder of a 17-year-old male eight days after that murder occurred (in a case with links to another killing and attempted murder). "MS-13" has not appeared in the hometown Baltimore Sun since its announcement of the indictments in Ardon's case on August 31.

That piece ends: "This story may be updated." It hasn't been.

With the likely sunset of the (perhaps first) Trump administration, and the diminution of Trump as an anti-immigrant "bogeyman" himself, perhaps more serious attention by both parties, local officials, and the media will be directed toward MS-13, and the dangers it poses. I certainly hope so, and so I too will end: "This story may be updated."