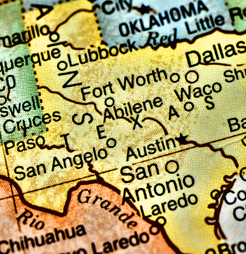 On April 7, Texas Governor Greg Abbott (R) called for the federal government to close a facility in his state housing unaccompanied alien children (UACs) who were apprehended at the border, following what he called “credible” complaints about sexual assault, understaffing, and food and medical issues. He called in the Texas Rangers, a component of the state’s Department of Public Safety, to investigate.

The facility in question is at the Freeman Coliseum, normally a sports and performance venue in San Antonio, which was opened just over a week ago to house males — mostly between the ages of 13 and 17 (there were 2,100 cots then, with a capacity for 2,400). They are to be held for five to nine days, unless they test positive for Covid (there is a separate 300-bed facility on the site to care for them).

The 71-year-old coliseum is owned by Bexar County (home to San Antonio), which has rented it out to the federal government. News reports indicate that detention there is being run by the Department of Health and Human Services (HHS), which by law is supposed to take custody of UACs apprehended by DHS, and that security within the facility is provided by a private firm.

As of April 5, that facility housed 1,370 UACs. On April 7, the Texas Health and Human Services Commission and Texas Department of Family and Protective Services (DFPS) received complaints about the facility (DFPS reported that it had received three separate ones alleging abuse and neglect). Among the complaints are that Covid-positive children are not being isolated.

As the facility is not licensed by the state, DFPS passed its complaints along to the Texas Department of Public Safety. Abbott held a press conference there on Wednesday, where he stated the Rangers would immediately launch an investigation.

As noted, the governor also called on the administration to close the facility, and for the children detained there to be moved to other federal facilities that have sufficient “space, personnel and resources to ensure safety.”

At least one county official has disputed the charges. Bexar County Commissioner Rebecca Clay-Flores (D), who is reported to have “visited the facility often”, suggested that the allegations are politically motivated, and termed them “fake news”.

She stated that the children “are fed three meals a day plus two snacks,” that conditions there “are sanitary and good”, and that “children are very happy and very excited to be” at the facility.

Nonetheless, Sen. John Cornyn (R-Texas) has called on the HHS Inspector General (IG) to investigate the charges. The White House has stated that it “see[s] no basis for Governor Abbott’s call to shut down the San Antonio Freeman Coliseum as an intake site”, but that HHS will investigate.

I have defended President Biden’s detention of unaccompanied children apprehended at the border in the past, and I continue to do so. That said, these allegations are disturbing, and are certainly plausible enough to merit action, not only by the HHS IG, but by the state and Congress itself (Cornyn and the rest of the state’s congressional delegation should get there — ASAP).

As the Texas Tribune notes: “Vulnerable children are often victims of sexual assault”, and alien minors — particularly in their early teens — would generally fall within the category of “vulnerable children”.

I have long questioned Congress’s decision (with little debate) in 2002 to give jurisdiction over unaccompanied alien children to HHS. The housing of anyone, let alone children, is simply not otherwise in the department’s portfolio.

For example, its mission statement reads as follows:

The mission of the U.S. Department of Health and Human Services (HHS) is to enhance the health and well-being of all Americans, by providing for effective health and human services and by fostering sound, sustained advances in the sciences underlying medicine, public health, and social services.

Notably absent from that description is any reference to the “sheltering” of foreign national minors, although that responsibility has been in HHS’s “bucket” (as we say in D.C.) for almost two decades.

Perhaps the recent surge in UACs and the allegations in San Antonio will cause Congress to reconsider its decision to give HHS the responsibility for detaining children. Probably not, though, given that this duty would otherwise fall logically upon ICE, to which many representatives are openly hostile.