Taxpayers to Spend $392.69 per Person per Night on Hotels for Illegal Border-Crossers

You are now a smuggling co-conspirator 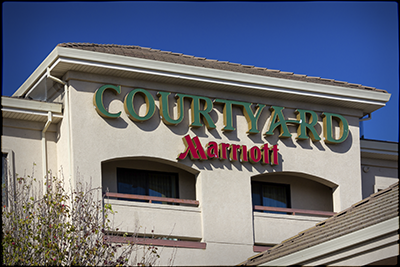 On March 20, Axios reported that the Biden administration has entered into a six-month contract worth $86 million to house 1,200 migrant family members near the Southwest border in Texas and Arizona. That works out to $71,666.67 per migrant, paid by your tax dollars, meaning that you are now a co-conspirator to one of the largest smuggling schemes in history.

Keep in mind, as the outlet notes, that $86 million is just the beginning, as the contract (“through Endeavors, a Texas-based nonprofit” — I would hate to see the tab if they were in it for the money) “could be extended and expanded”.

Why does the Biden administration need $86 million in hotel space? ICE, which detains adults and adults traveling with children (family units or FMUs), is already using its family residential centers (FRCs) as “rapid-processing centers with the goal of releasing families within 72 hours”. But apparently even with that short turn-around time, the agency is running out of space.

Here is an important point to keep in mind: Such speedy releases of FMUs — with little more than some fingerprinting and a future court date — into the interior of the United States is far and away "the major ‘pull factor'" that will encourage even more adult migrants to risk their lives and their accompanying children’s on the trek to the United States in the future.

That is not me saying that. It is one of several conclusions of a bipartisan federal panel during a similar migrant surge in FY 2019. They offered plenty of solutions to address the problem and avoid those dangers in that report (as I explained on March 16), but thus far the Biden administration has not adopted a single one.

As Axios notes, not all FMUs are allowed to stay in the United States. The Biden administration has left in place (for now) a CDC order under Title 42 of the U.S. Code that allows Border Patrol to expel migrants who have entered illegally back across the border, in response to the pandemic.

Mexico, however, has started to refuse the return of third-country national FMUs who have entered this country illegally, and the Biden administration has stopped returning unaccompanied alien children apprehended by Border Patrol.

Only 42 percent of FMUs who were caught in February were sent back to Mexico, down from 91 percent in October, according to Axios. Hence, the need for $86 million in hotel rooms.

Most, if not all, of those FMUs paid smugglers to deliver them to the U.S. border. Smugglers usually drop those migrants off on the Mexican side of the line, leaving them to make their way into the United States (and requiring Border Patrol to save them). In case you are wondering why Border Patrol rescues are set to hit new highs, now you know.

Of course, the border is not the destination for those migrants — the interior of the United States is. So the Biden administration is picking up the smuggling conspiracy where the smugglers left off, and paying $86 million in hotel fees to do so until those migrants can be on their way.

That does not make it right, though.

By the way, $71,666.67 divided by six months equals $392.69 per person per night. One night at the AAA-rated three diamond Best Western Plus Laredo Inn & Suites for two adults and two children is $127.49 per night ($111 for AAA members), and includes a free breakfast, refrigerator, and microwave.

Were the president to want to house those 1,200 FMUs closer to his own personal residence near Wilmington, Del., the top-rated hotel there (according to Frommer’s, the site I generally use), the Courtyard Wilmington Downtown, is a bargain at $119 per night, again for two adults and two children.