TSA Employs Tactics that CBP Should Be Using

My morning at Charlotte-Douglas International Airport 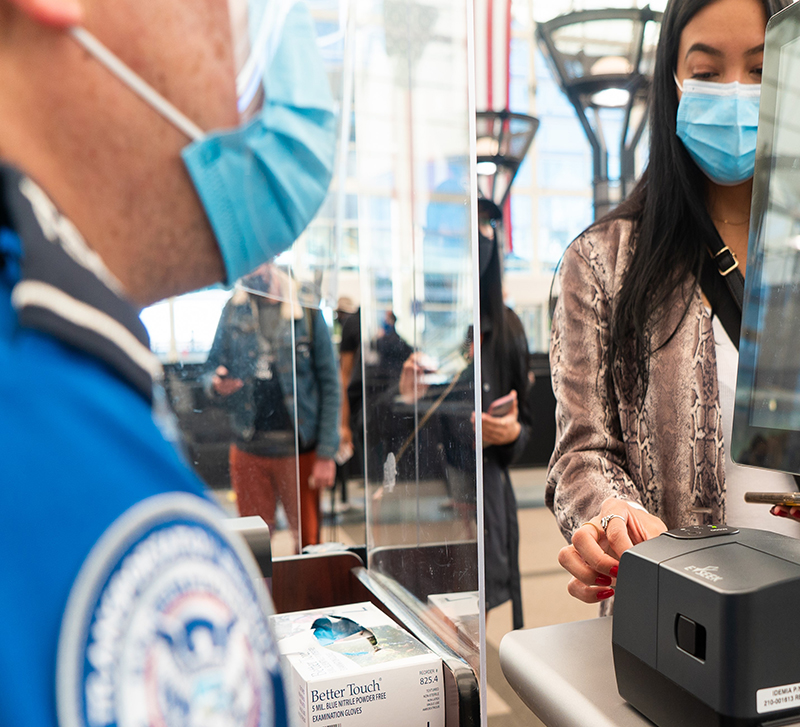 On Saturday, I returned from North Carolina to the National Capital Region through Charlotte-Douglas International Airport (CLT). It would be an understatement to say that the process was out of the ordinary, but the Transportation Security Agency (TSA) — a branch of DHS — put me and my fellow travelers through a protocol that should be followed by its sister agency, CBP (the home of Border Patrol and the Office of Field Operations) in dealing with foreign nationals who have entered illegally or without proper documents, but isn't.

Some background: I have been enrolled in the Global Entry program for years, a hangover from my congressional days. That program "allows expedited clearance for pre-approved, low-risk travelers upon arrival in the United States", and also places those travelers in TSA Pre✔ (pronounced "pre-check", but CBP — which administers the program — prefers to use the Wingdings checkmark instead).

Those enrolled in Global Entry are assigned a nine-digit "PASS ID" number, which domestic travelers can enter into the "Known Traveler Number" section of an airline reservation. This makes them a "Trusted Traveler", and assuming that all goes smoothly, enables those Trusted Travelers to use the TSA Pre✔ lane at the security checkpoint in most domestic airports.

There are many benefits to the Global Entry/Trusted Traveler program, not least of which is that the TSA Pre✔ members go through a less-intrusive checkpoint inspection (you can leave your shoes on, for example) than those not in the program. Global Entry in particular allows you to skip the face-to-face inspections process when you reenter the United States by simply going to a kiosk and entering your fingerprints.

On Saturday morning, I had a TSA Pre✔ ticket, so I sped through the security checkpoint process — again, at the expense of giving the government a lot of information about myself to ensure that I had no bad intent when traveling, a more than reasonable trade-off in my mind. Having delved into the events of September 11th on the Hill, I more than anyone want air travel to be as safe as possible, and know what it takes to make it so.

Anyone who has traveled in the past two decades knows that only people who have been screened at the airport security checkpoint are allowed near the gates (with extremely limited exceptions for minors and travelers needing special assistance, who may be accompanied by a pre-screened non-flier). And airlines share their manifest data with the TSA, which mans the checkpoints, so TSA already knows every person who will pass through the checkpoint.

This was where it got weird. I was traveling back to Baltimore-Washington International Airport (BWI, one of the three airports that services the National Capital Region), which is located in the Baltimore suburbs, on a direct flight into BWI. Fifteen minutes before my flight, the gate agent was joined by four TSA agents, who had equipment with them. Their nervous closed-body positioning made me feel vaguely uneasy.

If there is a suspicious traveler on my flight, I don't want them to accompany me in a closed tube at 29,000 feet. But TSA should have kept any such passenger out of the gate area to begin with.

In any event, the TSA agents stationed themselves in the jetway, and asked for identification from each passenger. My driver's license was reviewed, I was asked where I was travelling, and then my hands were swabbed.

I will note that on January 27, DHS issued a National Terrorism Advisory System (NTAS) Bulletin, in response to what it described as "a heightened threat environment across the United States". I don't second-guess such conclusions, but former immigration judges (IJs) and clearance holders are not normally thought of as "threats" to the national security, per se. Nevertheless, TSA's heightened scrutiny was likely prompted by the NTAS bulletin, and that is fine with me.

Those somewhat more querulous might ask, however, given the fact that I had already been screened by the federal government three times (once by CBP through Global Entry/Trusted Traveler, once when I bought my ticket, and once at the security checkpoint), what good checking my driver's license and swabbing my hands in the jetway would do to. Which brings me back to CBP at the border.

Think of that process like the security checkpoint at the airport. You have bought a ticket (and therefore been screened), and you must present your ticket and ID at the airport checkpoint to get to the gate to complete the process.

Those migrants who have entered illegally or without proper documents have skipped that visa application process entirely, i.e. the first layer of screening. Border Patrol agents and CBP officers must assess who they are — and more importantly, what their intentions are — based on whatever documents they present (assuming they present any at all), and the migrants' own statements.

Thus, Border Patrol and CBP officers provide a first level of screening, but it is no substitute for DOS visa-processing or ESTA abroad.

The Biden administration has strictly limited the detention of aliens in the United States (although how that policy applies to migrants who have entered illegally or without proper documents is unclear), so those migrants apprehended by CBP will — in all likelihood — mostly be released to appear before an IJ in removal proceedings.

The removal proceeding could be deemed the second layer of screening, but that assumes that those respondents appear at all. In FY 2019, 90,762 alien respondents failed to appear for their removal hearings, and were removed by IJs in absentia. Of that number, 17,841 had made a credible fear claim, meaning that they had entered illegally or without proper documents.

Even if they do appear, there is effectively no third-tier of screening, like the TSA agents on the jetway in Charlotte. They are sent on their way into the United States if they are granted protection or benefits.

But there could be. Respondents who have entered illegally or without proper documents could be subject to a post-hoc consular or ESTA screening before their proceedings are completed, and before they are given status in the United States. DHS lacks the resources to do in-country investigations in all but a handful of cases in the removal-proceeding process now, but it and DOS could be given those resources, paid for by a reasonable fee from the would-be beneficiary.

Aliens granted relief or protection by IJs could be required to appear at a DHS office to get their final approval based on such investigations — the functional equivalent of the TSA agents on the jetway. If there are any discrepancies, those aliens could be detained, their cases reopened, and they could be removed.

I am a U.S. citizen, and at CLT I had paid for a ticket on an airplane so I could get home. I assume that TSA could have kept me off the plane for any reason or no reason at all (there was no transparency in the process whatsoever). If there are real risks to our country or its security, however, I want them to be addressed. Taking out my license and having my hands swabbed was a small price to pay.

But the same is true of a foreign national who bypasses the consular screening/ESTA process. Maybe CBP — and Congress — should think about taking a page from the TSA playbook.