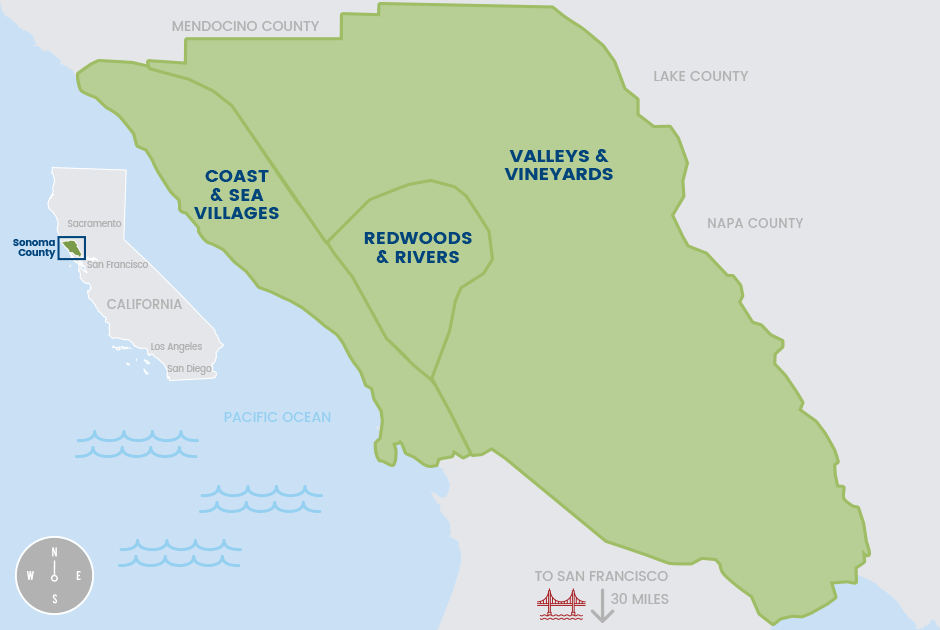 Between 1994 and 1998, I lived in the Marina District of San Francisco, while working for the former Immigration and Naturalization Service (INS). The rent was not cheap, but it was more affordable than it is today because a large number of residents who had previously lived in the Marina had left following a major disaster: the Loma Prieta earthquake of 1989.

One of the things that you learn when you live in Northern California is that in the summer and fall (and especially following a rainy winter like the last one) you should clear brush and weeds from around your residence, to reduce the fire risk. Maybe California should clear out its arsonists, too.

Northern California has just suffered another major disaster, wildfires that swept through Sonoma, Napa, Mendocino, Lake, Butte, and several other Northern California counties earlier this month. Those fires left 42 dead, and thousands of structures in ashes. Incredibly, however, in the midst of this inferno, Sonoma County (wherein 23 died) released an alien charged with "maliciously setting fire to a property", instead of handing him over to Immigration and Customs Enforcement (ICE).

Once again, a non-cooperative jurisdiction has left their community vulnerable to dangerous individuals and preventable crimes. ICE lodged a detainer against Jesus Gonzalez with Sonoma County jail officials on October 16, following his arrest on felony charges for maliciously setting fire to a property. This is especially troubling in light of the massive wildfires already devastating the region. Over the past year, ICE has lodged detainers against Mr. Gonzalez after four separate arrests by Sonoma County on various felony and misdemeanor charges. ICE was never notified of Mr. Gonzalez' various releases. Additionally, Mr. Gonzales has been returned to his home country of Mexico on two separate occasions. The residents of Sonoma County, and the state of California, deserve better than policies that expose them to avoidable dangers. Non-cooperation policies — now enshrined in California state law — ensure only one thing: criminals who would otherwise be deported will be released and left free to reoffend as they please.

Anyone who saw Acting Director Homan's speech before the Heritage Foundation on October 17, 2017, understands his position on non-cooperation by "sanctuary jurisdictions". As he stated then: "Every criminal alien that gets released by a sanctuary city that reoffends has committed a crime that is preventable. ... That doesn't make sense to me. ... Even the immigrant communities don't want criminals in their community."

Even by this standard, however, Sonoma County's actions border on the masochistic.

Sonoma County's "current restrictions ... about cooperation with federal immigration agents" were described by the (Santa Rosa) Press Democrat earlier this month, when it reported:

Since mid-August, when Sheriff Rob Giordano implemented the new policy at the county jail, officials only respond to federal notification requests on inmate releases in cases where inmates have been convicted of serious and violent crimes outlined by the state Trust Act. The 2013 law prevented county jails from detaining inmates for additional time past their release date at the request of [ICE] agents. (Emphasis added).

Even if Gonzalez had been convicted of the offense for which he was charged, however, it is not certain that ICE would have been notified, a prospect that will be even more unlikely next year due to recent changes in California law.

Although it is not entirely clear from Acting Director Homan's statement above, it appears that Gonzalez was charged with violating California Penal Code Section 451, which criminalizes "Arson of structure, forest land or property". Pursuant to that provision, an "arson of a structure" (as opposed to an "inhabited structure" or "inhabited property") that does not cause "great bodily injury" is a violation of California Penal Code subdivision 451(d).

Among the "serious felony" offenses listed in subdivision 1192.7(c) of the California Penal Code (at paragraph 14) is "arson". Under paragraph 667.5(c)(10) of the Penal Code, however, "arson" is only a "violent felony" if it is in violation of subdivision 451(a) or (b), not Penal Code subdivision 451(d). It is not entirely clear how the restrictions under California law would apply to an alien convicted of an offense defined as a "serious felony" but not a "violent felony," but in any event cooperation with an ICE detainer is discretionary, and can only occur after a conviction.

Cooperation with ICE under this provision will be limited even further by SB 54, the so-called "California Values Act", when it goes into effect in January. As amended, section 7282.5(a) of the California Government Code will then read as follows:

A law enforcement official shall have discretion to cooperate with immigration authorities only if doing so would not violate any federal, state, or local law, or local policy, and where permitted by the California Values Act (Chapter 17.25 (commencing with Section 7284)). Additionally, the specific activities described in subparagraph (C) of paragraph (1) of subdivision (a) of, and in paragraph (4) of subdivision (a) of, Section 7284.6 shall only occur under the following circumstances:

The first referenced provision therein, subparagraph 7286(a)(1)(C) of the California Government Code, as amended by SB 54, prohibits the use of agency or department funding or personnel:

[T]o investigate, interrogate, detain, detect, or arrest persons for immigration enforcement purposes, including ... [p]roviding information regarding a person's release date or responding to requests for notification by providing release dates or other information unless that information is available to the public, or is in response to a notification request from immigration authorities in accordance with Section 7282.5. Responses are never required, but are permitted under this subdivision, provided that they do not violate any local law or policy. (Emphasis added).

The second referenced provision, paragraph 7286(a)(4) of the California Government Code, as amended by SB 54, prohibits the use of agency or department funding or personnel to "[t]ransfer an individual to immigration authorities unless authorized by a judicial warrant or judicial probable cause determination, or in accordance with Section 7282.5." (Emphasis added).

In any event, even if there is a legitimate public debate about the blanket application of the enforcement provisions of the INA to non-criminal aliens with U.S. citizen children, there is no genuine argument that defends Sonoma County's actions in releasing Gonzalez, a twice-deported alien with four recent arrests, the latest of which involves maliciously setting fire to a property, without notifying ICE. The county's cruel, shortsighted, and thoughtless action is a slap in the face to all of its residents who have lost loved ones or property in the recent wildfires.

The state of California has sought federal emergency funding to help it cope with the aftermath of those wildfires. The United States government has already proactively moved to provide aid to the victims in Sonoma County. Americans help Americans, as they always have, and as they always should. It is best, however, to expect those seeking help to first help themselves.

Sonoma County could learn this lesson.