The natural consequence of a lack of interior enforcement, as Governor Abbott vows to build a wall 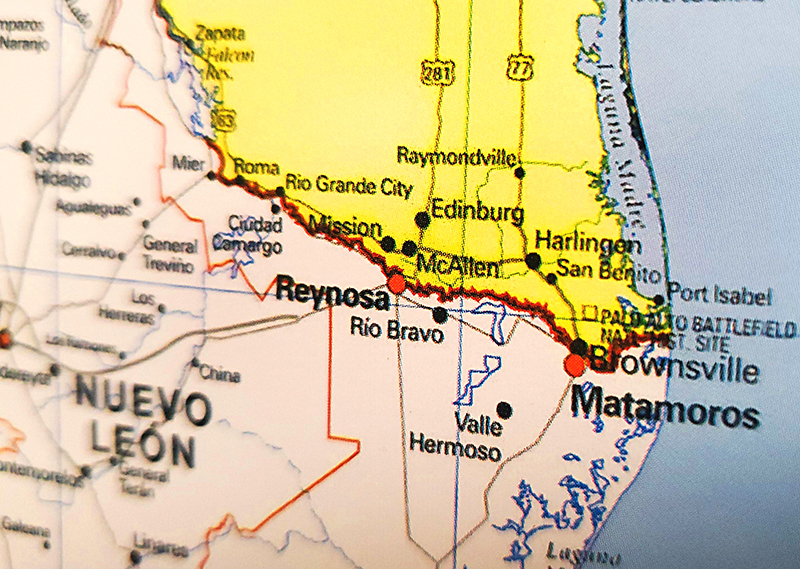 A smuggler carrying 12 illegal migrants crashed into the front gate of a home in McAllen, Texas, over the weekend, after leading Border Patrol agents and state troopers on a 40-minute car chase. It’s indicative of a growing problem along the border, as increasing numbers of migrants try to evade Border Patrol safe in the knowledge that if they succeed, and make it to the interior of the country, ICE under the Biden administration almost definitely won’t remove them.

Saturday’s incident started at the corner of Ware Rd. and I-2 in McAllen, less than three miles from the Rio Grande. It began after a “concerned citizen” notified Border Patrol that suspected aliens were being loaded into a red Lincoln Navigator near Madero, Texas. Agents responded and gave chase after the driver sped away.

That chase ended several blocks away near 22nd and Maple when the driver crashed into a “residential fence”, sending that driver and several occupants fleeing. The area was searched, and Border Patrol agents apprehended the smuggler and 12 erstwhile alien passengers shortly thereafter.

The driver was turned over to state officers and charged with alien smuggling and resisting arrest, while Border Patrol agents processed the aliens (who were unlawfully present but not otherwise identified).

Bill Melugin from Fox News, who witnessed the crash, tweeted:

The smuggler bailed out of the vehicle and was caught by State Troopers & Border Patrol. He will be charged with felony evading & human smuggling. @TxDPS tells me there has been a sharp increase in the amount of these smuggler pursuits, with 370+ happening since March. @FoxNews

Given the much more permissive attitudes of the Biden administration concerning illegal entry as compared to its predecessor, the question becomes: Why have such pursuits increased this year?

One likely reason is that the Biden administration continues to use Trump-era orders issued by the CDC under Title 42 of the U.S. Code in response to the pandemic to expel single adults apprehended by Border Patrol agents (there were more than 103,000 such expulsions in May at the Southwest border).

If you bring a child with you when you enter illegally, your odds of getting to stay go way up (fewer than 9,000 of the 40,000-plus aliens in such “family units” apprehended after entering illegally were expelled under Title 42 last month), but that is not a safe option for the kid or a practical one for the childless.

The threat of such expulsions coupled with the Biden administration’s “kinder, gentler” treatment of aliens illegally present in the interior is almost definitely driving that “got-away” phenomenon, with more than 40,000 migrants entering illegally and successfully evading Border Patrol detection in April (for example).

That may sound counter-intuitive and internally inconsistent, but it’s not.

The Biden administration’s evisceration of ICE interior immigration enforcement means that if those single adult migrants successfully evade Border Patrol and get in, they are safely here — likely indefinitely if not forever — with little or no threat of removal.

Fortunately, there were no kids playing in the front yard of that house in McAllen (the fence and Navigator were largely demolished, and the car was sitting in the front yard) — this time. It’s no wonder that Texas Governor Greg Abbott (R) is fed up with the president, and vowing to build a border wall and to use his officers to arrest aliens entering the Lone Star State illegally.

That effort has been derided by some, but if the Biden administration won’t secure the border, Texas will have to — for the good of its citizens and public safety.