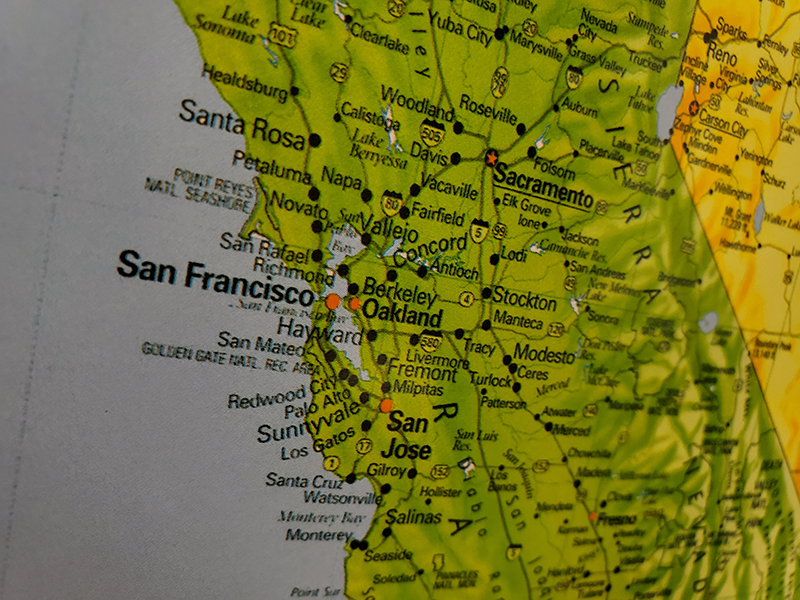 On June 28, the Washington Times reported that one Carlos Claros, who was arrested by San Francisco police on April 19 following a brazen daylight robbery that has been termed a “hate crime”, was on the streets thanks to that city’s lavish sanctuary policies. If politicos cared as much about their communities as they hate immigration enforcement, it never would have happened.

Reports indicate that the victims of that alleged offense were a Filipino family of 18 (some as young as six) who were visiting Fisherman’s Wharf on the San Francisco Bay from Wisconsin.

I used to live up the street from the scene, and they had planned to do what most tourists in the City by the Bay do: Go look at the sea lions on Pier 39.

Local reporting indicates that shortly after Patrick Elliott and his family parked their car, they were accosted by Claros (armed with a gun) and two associates. The trio were allegedly attempting to steal the group’s cellphones, and Elliott stepped up to place himself between the gunman and his family.

Claros looked at a female member of the family and responded, “Ugh, you Asians”, and spit toward her. To their credit, SFPD responded quickly and arrested Claros and his confederates in nearby Aquatic Park.

He is facing charges for four felonies and two misdemeanors in connection with the incident, including attempted robbery with a gun. It’s not his first interaction with the law, according to published reports.

As a reporter for local ABC affiliate KGO tweeted:

He was on probation during the Fisherman’s Wharf incident

The Times reported that ICE first placed a detainer on Claros in October 2018 following his conviction for battery and receiving stolen property, but San Francisco refused to honor it. Convictions in December 2018, February 2019, and April 2020 were followed by other ICE detainers, which city officials promptly blew off.

Not that such inaction is a surprise. San Francisco passed its "City and County of Refuge" Ordinance (also known as the “Sanctuary Ordinance”) more than 30 years ago. It generally prohibits employees of the city from using funds or resources to assist ICE in enforcing immigration laws “unless such assistance is required by federal or state law” (whatever that means).

Not satisfied with one stupid law, the city passed another, the “Due Process for All” Ordinance, in 2013. That one, among other things, prohibits cooperation with ICE detainer requests, which explains why Claros was strolling along the Embarcadero on a sunny afternoon in April instead of out of the country.

Now, having been a San Franciscan myself, I am all about keeping the communities there “safe and healthy”. I do have to ask, however, how exactly are the safety and health of the 881,000-plus residents of the City and County of San Francisco maintained by a policy that keeps serial criminals on the street?

Immigration enforcement is often difficult to explain to the casual observer, because the direct benefits are diffuse but the direct costs are clear. Let me explain.

Concepts like “national sovereignty” and “the rule of law” are the definition of “intangible”, while the opportunity for any given alien to enter the United States “for a better life” are patent. And the costs of illegal immigration are rarely proximate.

When an individual alien enters the United States illegally to work, it lowers the wages and diminishes the working conditions of other workers legally here with similar skills and education, but we have no idea which workers and where. If the alien is deported, the cost to him or her is clear, but we don’t know the name of the American worker (legal immigrant or citizen) who will benefit.

All of that gets turned on its head when we are discussing sanctuary policies, however.

San Francisco contends that its sanctuary policies protect the safety of the community by ensuring that illegal immigrants won’t be afraid to call the cops when they have been the victims of crime.

That’s an erroneous proposition, as my colleagues have explained, because there is no “chilling effect” on the willingness of immigrants to contact the police, even when those police cooperate with ICE.

In any event, though, cooperation from illegal aliens in sanctuary jurisdictions, even if there were such an effect, is also difficult to quantify. Would immigrant X not have called the SFPD if San Francisco didn’t have a sanctuary policy? You will never really know, though she almost definitely would have.

But the effects of those policies have identifiable victims, not just Patrick Elliott and his family, but also Kate Steinle, who was shot to death six years ago today not far from where this year's April 19 incident allegedly occurred, and those who have survived her.

The shooter in Steinle’s case, Jose Ines Garcia Zarate, an illegal alien from Mexico who had been deported five times, was also on the street because San Francisco failed to notify ICE when he was released from its custody, thanks to its sanctuary laws.

There is a reason that you are only hearing about an alleged April 19 robbery in late June. Local officials know that sanctuary laws endanger innocent people and provide "sanctuary" only to criminals, so they weren’t telling because it would reveal the flaws in their policy and the costs of their patronizing radicalism.

And Joe Biden’s ICE is not out there telling you when detainers are not honored (assuming that ICE is even allowed to issue detainers anymore), or the illegal status of aliens who engage in hate crimes, because they don’t believe that the immigration laws should be enforced at all, and don’t want you to have any reason to believe that they should be, either.

To the current administration, a crime that is committed by an alien criminal is no better or worse than one committed by a home-grown low-life, because at the heart of their policies is the belief that the American people lack the moral authority to have immigration laws at all.

To them, the United States is such an inherently flawed nation that it has no right to decide which foreign nationals can come and which have to leave. In fact, they believe that the very existence of our current immigration laws is proof positive of the fundamental turpitude of this republic and its people.

That is why they refuse to enforce the immigration laws (except in cases that are so heinous that they cannot be hidden from public sight) and refuse to let the agents and officers who are paid to enforce them do so, either.

Want proof? ICE leadership is “prioritizing” which aliens its officers may question, arrest, detain, and remove, narrowing their targets to terrorists and criminals, recent illegal entrants, certain aliens convicted of aggravated felonies, and a small number of gang members.

Woe unto the officer who missed a memo and arrested the wrong — but still deportable — alien.

Their excuse? The agency has “limited resources”. They are mocking you as they write those words, because they know they aren’t true, but they also know there is nothing you can do about it.

How do I know that? Because their fellow partisans in the House have just released a budget that actually cuts ICE’s budget by $1.55 million.

The crisis at the border? They don’t care, because they want to cut CBP’s budget, too, by a whopping $927 million.

Maybe someday you will prove yourself worthy of deserving immigration enforcement. Until that happens, watch your back the next time you go to see the sea lions on Pier 39.