Together, they would be one of the largest school districts in the United States, but expect to possibly pay — a lot 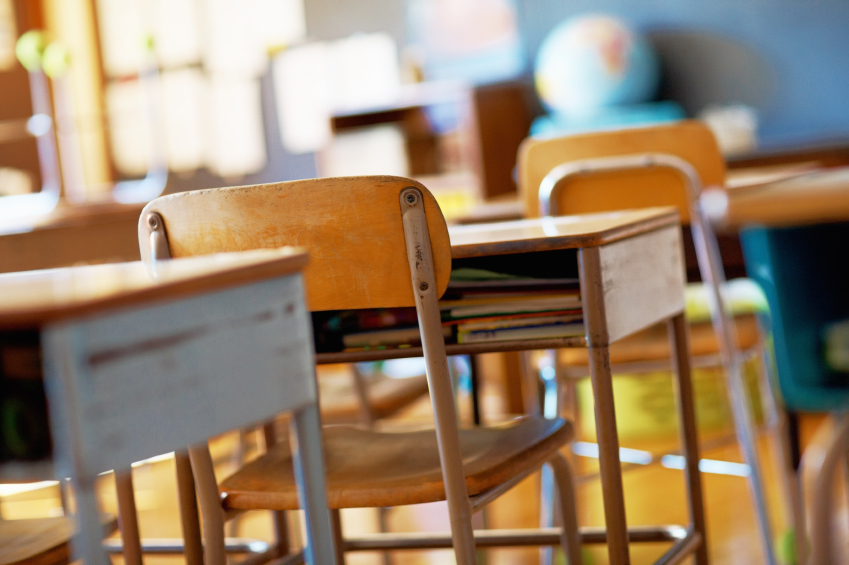 On Friday, August 28, the ICE Student and Exchange Visitor Program (SEVP) released its annual report on F-1, J-1, and M-1 students in the United States, "SEVIS by the Numbers". That report contains a lot of interesting information, not least the fact that there were 78,366 aliens studying at the kindergarten through grade 12 (K-12) level in the United States in calendar year 2019. Some of those schools aren't cheap, however.

I touched on this issue in a May post captioned "Chinese Investors Bought K-12 Private Schools in the United States: The littlest F-1s". As I noted in that post, although F-1 student visas are generally thought of in the context of colleges and universities, those visas are also available for foreign nationals to study in the United States at a private K-12 school, or a public high school (with limitations and costs), as well.

The number of K-12 foreign students is impressive when you consider that, if they were their own school district, they would be the 38th largest in the nation, edging out the Austin (Texas) Independent School District (77,816 students), and nipping at the heels of the 37th largest (Fresno, Calif., United School district, 79,007).

As I explained in my earlier post, reporting indicates that there is a belief among parents in the People's Republic that attending an American secondary school will increase the likelihood that their children will be accepted later at a U.S. university. That is apparently borne out by the fact that close to 37,000 Chinese students were studying at the K-12 level in this country last year.

Number two in that department (Korea), was not even close, sending 6,748 nationals to study at primary and secondary schools.

Somewhat surprising (to anyone who has ever been at a Southwestern border port early in the morning), Mexico was number four, sending "just" 2,658 K-12 students, or 3.4 percent of the total.

As an alumnus of institutions run (respectively) by the Sisters of St. Francis and the Society of Jesus (Jesuits), I note that the list of schools with the largest number of those K-12 foreign students is heavy on the Catholic-school side, including number one, the Archdiocese of Los Angeles (1,129 students), as well as number three (the Roman Catholic Diocese of Rockville Centre, with 731) and number nine (the Archdiocese of Chicago, with 441).

That said, there are a number of elite prep schools — with high price tags — represented, as well.

For example, IMG Academy came in at number seven, not a surprise to anyone with kids who play competitive sports. Its website notes: "Established in 1978 ... IMG Academy now spans over 600 acres and continues to evolve and expand as the industry leader for athletic and performance development." It is never too early to groom a future Olympian, and a school sponsored by Gatorade and Under Armour is a good place to start.

Boarding School Review shows that tuition at IMG can cost you up to $88,000 per year, so make sure your child has some natural talent before you apply.

I did have to look up number two on the list, EF International Academy (918 students). With four campuses (two in the United States in Thornwood, N.Y., and Pasadena, Calif., and two in the UK), it appears to cater to parents seeking an international boarding school experience, so its presence on the list is no surprise.

Tuition at the Pasadena campus for a high-school diploma (sharing a room, per year) is (by my calculations), $58,500 per year, the same as in Thornwood in a triple room (a single en suite will cost you about $10,500 more).

The CATS Academy in Boston (number four, with 659 students) offers a semester/year abroad program for international students ("Improve your English language skills"; "Study with friends from over 30 countries"), so again, it appears to be a prime target for secondary school F-1s. The international fees page is a bit complicated, but it appears that a boarding student in a single room will pay about $59,540 (a shared room is a little cheaper: $57,780).

American Learning Systems, Inc. (number 11, with 370 students) appears to run the American Heritage School in Plantation and Boca/Delray, Fla. I say "appears to" because a search of the company name first pulls up its Dun & Bradstreet company listing (showing only the school at its Plantation address).

In any event, American Heritage promotes the fact that 33 percent of its students are foreign-born, likely thanks to its International Program ("The schools' population is culturally diverse with students representing 43 countries from around the world. International students who choose to board are immediately immersed into American culture and language.").

The International Program is a relative bargain at $52,000 per year, and includes tuition, room, board, lunches, books, uniforms, and transportation to and from school, as well as English as a second language classes.

The list does not end there (it includes other exclusive institutions such as Kent School, Phillips Academy, Choate Rosemary Hall, and additional schools you can read about in The Official Preppy Handbook), but you get the idea.

It is well known that foreign students flock to the United States for education, as "SEVIS by the Numbers" shows. That report reveals that for some, that education starts mighty early.

And, for some of those schools at least, the opportunities provided by an American education come at a cost. Colin Powell once stated: "Capital is a coward. It flees from corruption and bad policies, conflict and unpredictability." When it comes to private education, human and financial capital converge. So, whatever you might think of the United States, for many parents around the world, American classrooms offer their children opportunity, order, and safety.

Assuming money is not an issue.