It makes sense at the moment, but requirements should have been in place years ago 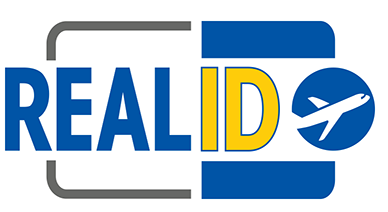 On March 26, 2020, Acting Secretary of Homeland Security Chad Wolf issued a press release in which he announced that the deadline for compliance with the identification requirements in the REAL ID Act would be extended from October 1, 2020, until October 1, 2021. It makes sense, given the fact that, as that press release notes: "States across the country are temporarily closing or restricting access to DMVs." The real question is why those requirements were not implemented years ago.

The Department of Homeland Security (DHS) explains that these "official purposes" are "accessing Federal facilities, entering nuclear power plants, and boarding federally regulated commercial aircraft." I would note that at the present time, 48 states, the District of Columbia, and three territories (Puerto Rico, Guam, and the Virgin Islands) are compliant with those requirements. American Samoa and the Northern Mariana Islands are under review by DHS, while Oklahoma had already received an extension until September 18, 2020, and Oregon had received one until August 7, 2020.

Of course, not all of the residents of even the compliant states have received REAL ID Act driver's licenses yet, and the standards are admittedly somewhat stringent. That said, I went through the process for obtaining a REAL ID driver's license in Maryland (where the DMV is well organized), and then went through it when I moved to Virginia (where it is not). Frankly, dealing with the DMV lines in Arlington was much more of a hassle than gathering the documents required for compliance.

With those and the DMVs in other states closed because of Wuhan virus restrictions, the extension makes sense. But we should never have been in this position to begin with.

The REAL ID Act was enacted almost 15 years ago. Section 202(a)(1) therein gave states three years, until May 11, 2008, to come into compliance, although section 205(b) granted the secretary of Homeland Security authority to grant states extensions to meet those requirements if they provided "adequate justification for noncompliance."

This was not some Kafkaesque power grab by Congress — as the Center has noted, this was a recommendation of the 9/11 Commission, intended to protect the national security.

In its report, the Commission noted: "All but one of the 9/11 hijackers acquired some form of U.S. identification document, some by fraud. Acquisition of these forms of identification would have assisted them in boarding commercial flights, renting cars, and other necessary activities." Accordingly, it recommended:

Nonetheless, there was pushback by many states and interest groups to implementation of the standards in the REAL ID Act and, consequently, the compliance deadlines in the REAL ID Act were extended. As the Center reported in 2013: "The original deadline for state compliance was 2008, later postponed to 2011, then 2013, and now 2017. It seems likely the deadline will be extended yet again, permitting several states to continue issuing licenses to illegal aliens."

That was prescient. As noted, the deadline was eventually pushed back to October 1, 2020, and has now been pushed back again.

Although the American people and our government are currently (and appropriately) primarily focused on keeping our communities (and economy) healthy, the threat of terrorism remains. For example, on March 19, Muhammad Masood, a 28-year-old Pakistani national and physician who was in the United States on an H-1B visa, was arrested by the FBI on terrorism charges in Minnesota.

Between January 2020 and March 2020, Masood made several statements to others, including pledging his allegiance to the Islamic State of Iraq and Al-Sham (ISIS) and its leader, and expressing his desire to travel to Syria to fight for ISIS. Masood also expressed his desire to conduct "lone wolf" terrorist attacks in the United States.

That was just days ago, but the story largely flew under the wire as the public deals with school closures and "shelter in place" orders.

DHS was left with little choice but to extend the REAL ID deadline yet again. But it was a decision that it should never have had to make, given the fact that the requirements therein should have been implemented years ago.