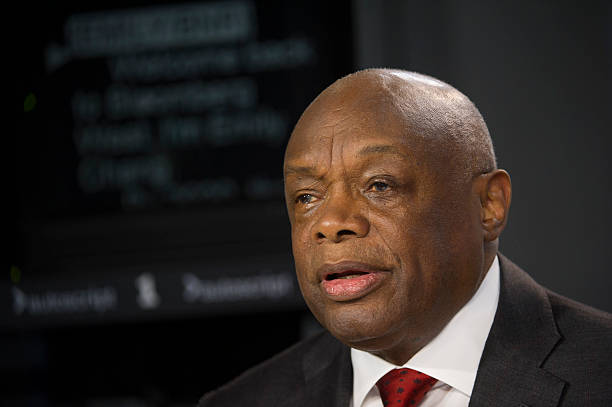 A significant issue in the immigration debate (ongoing during the quarter century I have been involved in immigration law) has to do with the popularity of various proposals for enforcement or, in the alternative, "reform".

For example, my colleague Mark Krikorian recently noted that, in a new poll, the Hispanic constituents of Rep. Jeff Denham (R-Calif.) (who, as Krikorian notes, is playing a "leading role in trying to get a 'Dreamer' amnesty passed through the House") "oppose his approach and support instead" the approach embodied by the "Securing America's Future Act". That bill, sponsored by Rep. Bob Goodlatte (R-Va.), would end chain migration and the diversity visa lottery.

Which is what makes a little-noted opinion piece In the San Francisco Chronicle by former San Francisco Mayor Willie Brown all the more interesting and important. That piece, captioned "Trump is more popular than Dems want to admit", states:

Like it or not, a significant number of Americans are actually happy these days. They are making money. They feel safe, and they agree with the president's protectionist trade policies, his call for more American jobs, even his immigration stance. [Emphasis added.]

To understand how astounding this assessment is, it is important to know who the author is. As the Chronicle's biography of Willie Brown states:

Two-term mayor of San Francisco, renowned speaker of the California Assembly, and widely regarded as the most influential African American politician of the late twentieth century, Willie L. Brown, Jr. has been at the center of California politics, government and civic life for four decades.

To say that he is liberal would be an almost criminal understatement. That said, he is also a shrewd observer of popular opinion and a populist in every sense of the term. I lived in San Francisco for the first two years of his term, and he was rarely "Mayor Brown". He was always "Willie Brown", as if the title of "mayor" was not befitting of the man. He was a "larger-than-life figure", as then-San Francisco City Attorney Dennis Herrera described him at the end of his term, and as his Wikipedia page suggests:

He delivered his [mayoral] inaugural address without notes and led the orchestra in "Stars and Stripes Forever". He arrived at the event in a horse-drawn carriage.

Brown has had an ostentatious sense of personal style from the beginning that he later parlayed into a political advantage. ... In office he became famous for British and Italian suits, sports cars, nightclubbing, and a collection of dressy hats. He was once called "The Best Dressed Man in San Francisco" by Esquire magazine.

In his 2008 autobiography, Basic Brown, he described his taste for US$6,000 Brioni suits and his search for the perfect chocolate Corvette to add to his car collection. In one chapter titled: "The Power of Clothes: Don't Pull a Dukakis", Brown explains that men should acquire a navy blazer for each season: one with "a hint of green" for springtime, another with more autumnal threading for the fall. ... He further remarks, "You really shouldn't try to get through a public day wearing just one thing. ... Sometimes, I change clothes four times a day."

Lest he be viewed as a late-term Marion Barry, such an impression could not be further from the truth. He was omnipresent as mayor, constantly talking to people of all stripes so as to have his fingers on the pulse of his constituents.

In 2016 ... immigration may have been the issue most responsible for Trump's winning the Republican nomination. In every state with a caucus or primary exit poll, he did best among voters who said immigration was their top issue.

In recent years, the Immigration and Nationality Act (INA) has taken a beating. Politicians like California Sen. Kamala Harris and Illinois Sen. Richard Durbin have criticized the enforcement of the INA by U.S. Immigration and Customs Enforcement (ICE). On her website, former Speaker (and now House Minority Leader) Nancy Pelosi (D-Calif.) states:

Our nation's immigrants are the constant reinvigoration of America. Each wave of newcomers brings their patriotism, bravery and determination to succeed to our shores — and in doing so, makes America more American. As students and servicemembers, entrepreneurs and public servants, parents and neighbors, these new Americans affirm our country's fundamental, founding truth: that in diversity, lies strength.

Yet President Trump and Congressional Republicans continue to push a hateful, harmful anti-immigrant agenda that instills fear in our communities and weakens our country. Instead of respecting the hard-working men and women who want to contribute to our nation, Republicans are trying to make American taxpayers pay for an immoral, ineffective and expensive border wall. At the same time, the Trump Administration is unleashing a cruel deportation force that is tearing apart families across America.

We must reject these senseless and destructive policies. Democrats remain committed to passing comprehensive immigration reform that recognizes and embraces the talents and contributions of our immigrants. We will continue to work toward a comprehensive solution for our country's broken immigration system, and we will never stop fighting to ensure that America remains a land of opportunity for those who work hard, abide by our laws and dare to dream. [Emphasis added.]

There is nothing in Pelosi's statement, however, that would suggest that what the president and his administration are doing is any more than simply enforcing the INA, and requesting infrastructure to strengthen that enforcement.

In this regard, it is important to note that the INA is formally "8 U.S.C. § 1101, et seq.", the law of the United States as much as the National Environmental Policy Act or the Civil Rights Act of 1964. If either of those latter two laws were routinely ignored, or their enforcement decried, as regularly occurs with the INA, there would be (justifiable) howls of indignation from all quarters.

Instead, elite opinion treats the immigration laws of the United States as a shameful relic of our nation's past, rather than the legally enforceable expression of the people's will, as expressed through their representatives over the past six decades.

It is notable that when the Democrats controlled the presidency and both houses of Congress by wide margins, they themselves did not institute the "comprehensive immigration reform" that they now clamor for. It is doubtful that they failed to do so because it was not in their party's best interest, or because they have only recently had a change of heart as relates to the subject. Instead, it is likely because they did not have the votes, in turn because that policy is not as popular as they would have the American people believe.