Eliminate the filibuster and add millions of new voters — what would Jimmy Stewart say? 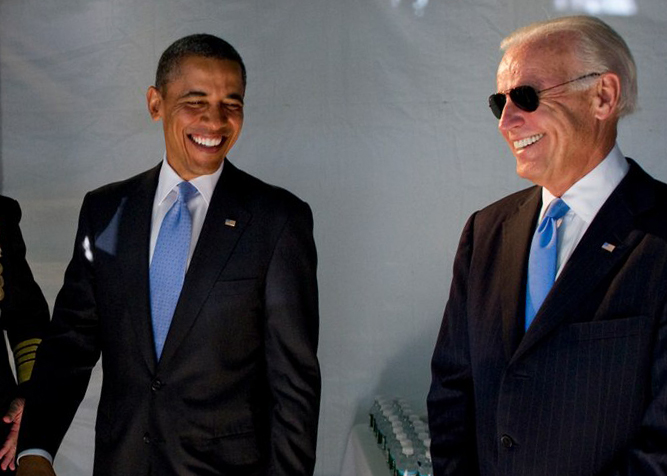 On his website, former Vice President (and presumptive Democratic candidate for president) Joe Biden vows, if elected, to pass legislation "providing a roadmap to citizenship for nearly 11 million undocumented immigrants". Last week, his old boss, former President Barack Obama, explained how Biden (or whoever controls him) will do it: by eliminating the filibuster.

By way of background, and simply put, the filibuster (from the Dutch for "pirate") is a way to block or delay the passage of legislation in the Senate. Under Senate rules, it requires a supermajority of 60 votes to end a filibuster and move to consideration of a bill.

To get more complicated, the practice comes from an 1806 rules change in the Upper Body (at the behest of then-Vice President and President of the Senate Aaron Burr, best remembered as the man who killed Alexander Hamilton) that removed a provision (the "previous question motion"), which had allowed senators to pass a bill with a simple majority (still the rule in the House).

Senators may speak as long as they want on any issue, and if they refuse to yield, a vote on a bill cannot be taken until debate on the question is ended by means of a "cloture" vote (under Senate Rule 22). Cloture is a more modern idea, promoted by then-President Woodrow Wilson in 1917, to bypass filibusters. It used to take two-thirds of the Senators "present and voting" to vote for cloture, but in 1975, that was reduced to "three-fifths of the Senators duly chosen and sworn" (60 of the current 100 senators).

The classic version of the filibuster is a major plot point in "Mr. Smith Goes to Washington", the classic 1939 Frank Capra film starring Jimmy Stewart as the title character, Sen. Jefferson Smith. As IMDB describes the film: "A naive man is appointed to fill a vacancy in the United States Senate. His plans promptly collide with political corruption, but he doesn't back down." Plainly fiction.

The naïve Sen. Smith is made the patsy in a corrupt scheme, and false evidence is used to frame him. He takes to the Senate floor and speaks for hours in an attempt to block a vote to expel him, refusing to yield until he is overcome with exhaustion and faints. Sen. Joseph Paine (Claude Rains), overcome with guilt at his part in the plot, runs off to kill himself and then confesses on the floor. Justice prevails.

In its more modern (and mundane) iteration, as noted, a bill cannot be passed in the Senate until debate is ended, which again requires 60 senators to invoke cloture.

Speaking at the funeral service of former Rep. John Lewis (D-Ga.) on Thursday, Obama suggested that Lewis could be honored by passing a number of legislative proposals (which the former president not surprisingly supports). He continued: "And if all this takes eliminating the filibuster — another Jim Crow relic — in order to secure the God-given rights of every American, then that's what we should do."

With respect to the middle proposition in that sentence (the one separated by dashes), the Senate website notes: "Filibusters were particularly useful to southern senators who sought to block civil rights legislation, including anti-lynching legislation, until cloture was invoked after a 60-day filibuster against the Civil Rights Act of 1964."

That bill passed with an overwhelming majority of Republican votes (just fewer than 82 percent of the 33 Republican senators voted in favor, as compared to just fewer than 69 percent of Democrats). The Senate website notes: "Republican Leader Everett Dirksen [R-Ill.] delivered the most significant speech in his career in support of civil rights legislation. Dirksen gained key votes for cloture from Republicans with a powerful speech calling racial integration 'an idea whose time has come.'"

The filibuster, however, has not been limited in its use to civil rights legislation. Bernie Sanders (I-Vt.) launched an eight-and-a-half-hour filibuster in 2010 to block bipartisan tax legislation (described by NPR as "The Speech" that elevated Sanders' "Progressive Profile"). Populist Sen. Huey Long's (D-La.) filibuster of New Deal legislation in 1935 (to prevent his political opponents from obtaining positions in Franklin Roosevelt's National Recovery Administration) included recipes for oysters and "potlikker".

Despite modern floor-speech filibusters of the Bernie Sanders sort, such theatrics have largely been obviated by a change that then-Senate Majority Leader Mike Mansfield (D-Mont.) introduced in 1970: the two-track system, by which a filibustered bill can be set aside and the Senate can move on to other business, either with unanimous consent or with the agreement of the Minority Leader.

This, coupled with the aforementioned 1975 cloture change to “three-fifths of Senators duly chosen and sworn”, has led to what one observer has called the “faux-filibuster”, in which “a Senator at home in bed is a vote to continue the filibuster.” In other words, it takes 60 votes to get a bill moving in the Senate.

Among supporters of the filibuster in the past were Amy Klobuchar (D-Minn.) and (by my count) a bipartisan group of 59 other senators, who sent a letter to Senate Majority Leader Mitch McConnell (R-Ky.) in 2017, following the appointment of Neil Gorsuch to the Supreme Court.

And, as David Harsanyi noted in National Review, then-Sen. Barack Obama (D-Ill.), in 2005 argued in favor of it:

What they don't expect is for one party — be it Republican or Democrat — to change the rules in the middle of the game so that they can make all the decisions while the other party is told to sit down and keep quiet. The American people want less partisanship in this town, but everyone in this chamber knows that if the majority chooses to end the filibuster — if they choose to change the rules and put an end to democratic debate - then the fighting and the bitterness and the gridlock will only get worse.

Of course, consistency in politics is a rare virtue (Obama himself filibustered the nomination of then-Judge Samuel Alito to the Supreme Court in 2006, an action he stated a decade later he regretted). But why would the former president change his mind now?

Simple: Obama believes that Biden will be elected, and that the Democrats will win a majority in the Senate in November, as the Wall Street Journal postulated on July 30. That will enable both to push for legislation that they want — like statehood for Puerto Rico and the District of Columbia. And amnesty for illegal aliens.

Each of these actions will solidify a Democratic majority into the foreseeable future, and give the party of Jackson the White House for as long.

Keep in mind that amnesty has come close to passage on more than one occasion in the recent past. The Comprehensive Immigration Reform Act of 2006 passed the Senate in May 2006 by a 62-36 margin, only to die in the then-Republican controlled House (which countered with the enforcement-heavy Border Protection, Antiterrorism, and Illegal Immigration Control Act of 2005, which passed the House 239-182).

The Border Security, Economic Opportunity, and Immigration Modernization Act (the "Gang of Eight" bill) passed the Democratic-controlled Senate in June 2013, only again to die in a Republican-controlled House.

Most significantly, the so-called DREAM Act was included in the Removal Clarification Act of 2010, which passed the Democratic-controlled House in a lame-duck session on December 8, 2010, 216-198. A cloture motion on the House amendment failed in the Senate on December 18, 2010, by a 55-41 vote (four senators did not vote), nine days after the DREAM Act of 2010 itself failed by one vote to gain the 60 votes needed in the Senate to proceed to debate.

If the Democrats maintain control of the House, win the White House, and gain control of the Senate and end the filibuster, amnesty would be among the first bills that would be rammed through to signature in the 117th Congress, for that most basic (and base) of reasons: power.

Assuming that there are 10.5 million illegal aliens in the United States (a conservative estimate the Pew Research Center in June 2019 made of the population in 2017), and depending on the parameters of the amnesty, that would mean that there could be that many new voters (or more) in 2026.

The number of immigrant Hispanic Republicans seems high, given the fact that (again) Pew found that Hillary Clinton won 66 percent of the Hispanic vote in the 2016 election, as opposed to 28 percent for Donald Trump. That was actually lower than Obama's share of the Hispanic vote in 2012 (71 percent to 27 percent for Romney) or 2008 (67 percent to 31 percent for McCain). The high-water mark for Republicans among this demographic was 40 percent (once more, Pew) in 2004, but that was an outlier.

Given the fact that DHS estimated in December 2018 that 70 percent of the illegal-alien population in the United States in 2015 (which it estimated at 11.96 million) was Hispanic (59 percent from Mexico, 6 percent from El Salvador, 5 percent from Guatemala, and 4 percent from Honduras), even Pew's 14-point voting differential between Hispanic-immigrant Democrats and Republicans is huge.

Nothing in Washington happens in a vacuum. Were the polls in favor of the president and Republicans in Congress, former President Obama likely would have stuck to his 2005 principles. Given that is not the case, the 2020 elections provide Dems an opportunity to change the rules, and thereby to change the electorate. All politics might be local, but it is usually self-serving, too.

Poor Jefferson Smith. As he said: "I wouldn't give you two cents for all your fancy rules if, behind them, they didn't have a little bit of plain, ordinary, everyday kindness and a little looking out for the other fella, too." He can probably keep his money.