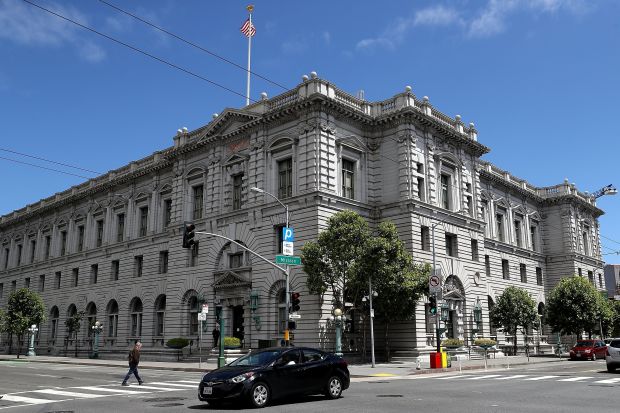 On February 10, the Ninth Circuit issued a decision in U.S. v. Hansen, involving an individual who ran a racket that purported to help aliens legalize their status through “adult adoption”. Hansen appealed his criminal conviction on two of 12 counts, which had to do with “encouraging or inducing” aliens to reside in the United States. The circuit court reversed on those counts, finding that the statute was overbroad and unconstitutional. Congress needs to clean up this and other provisions in the Immigration and Nationality Act (INA) to avoid interference by the courts.

The Smuggling and Harboring Statute. Section 274 of the Immigration and Nationality Act criminalizes certain activities associated with alien smuggling and harboring.

At issue in Hansen was section 274(a)(1)(A)(iv) of the INA, which states: “Any person who—encourages or induces an alien to come to, enter, or reside in the United States, knowing or in reckless disregard of the fact that such coming to, entry, or residence is or will be in violation of law ... shall be punished” by fine or imprisonment.

A violation of that provision for “commercial advantage or private financial gain” is a felony that carries a jail sentence of up to 10 years; otherwise, it is still a felony, but the maximum punishment is five years.

Hansen’s Constitutional Challenge. Hansen argued that the provision in question violated the First Amendment to the United States Constitution, which (as you likely know) provides, in pertinent part: “Congress shall make no law ... abridging the freedom of speech”.

Specifically, he asserted that section 274(a)(1)(A)(iv) of the INA was overbroad, in that it could chill protected speech.

There are two sorts of overbreadth challenges: the first, in which there are no circumstances wherein the statute would be valid, and the second, in which a “substantial number of” situations where the statute would apply would be unconstitutional compared to the “statute’s plainly legitimate sweep”.

The circuit concluded that there would be situations (including in Hansen’s case) in which this provision in the INA would not trammel legally protected speech, and therefore examined the statute under the second prong of the overbreadth analysis.

Hansen argued that section 274(a)(1)(A)(iv) of the INA “encompasses a vast amount of protected speech related to immigration, including general immigration advocacy”. In response, the government painted that section of the INA “as a narrow prohibition on speech integral to criminal conduct, specifically solicitation and aiding and abetting”.

The Court’s Holding. The problem with the government’s argument is that there is already an “aiding and abetting bar” in section 274(a)(1)(A)(v)(II) of the INA. And, as the court held, in the Ninth Circuit, “aiding and abetting requires someone to have committed an underlying criminal offense and for the accused to have assisted or participated in the commission of that offense” — conduct not explicitly required for a section 274(a)(1)(A)(iv) violation.

Admittedly, there is a lot of protected speech — including the sorts of advice that legitimate immigration lawyers could dispense — that would putatively be covered by this provision.

A Circuit Split — and Potential Supreme Court Review. That said, the Ninth Circuit’s determination that section 274(a)(1)(A)(iv) of the INA is overbroad and unconstitutional conflicts with an unpublished decision of a sister circuit. In U.S. v. Tracy, the Fourth Circuit held that although there could be some situations where this provision “chills protected speech”, it was “unconvinced that the statute prohibits a substantial amount of such speech.”

Because there is a circuit split, it is possible that the government will seek Supreme Court review. I am not so sure whether the current Supreme Court, which is rather punctilious when it comes to the specific language of statutes generally and the INA in particular, will reverse the Ninth Circuit. That said, it is a judgment call, and if the Court can save the statute by limiting its application, it will likely do so.

Congress Needs to Clean Up the INA. Note, however, that the “encourage or induce” language in section 274(a)(1)(A)(iv) of the INA dates back to the Immigration and Nationality Act of 1952 (when it only applied to aliens’ illegal entry into the United States, and not residence here), and it may be time for Congress to more specifically delineate what those terms mean.

This is just one of many provisions in the INA that need to be updated. Another is section 101(a)(43)(F) of the INA, which defines certain offenses as “crimes of violence”, and thus aggravated felonies.

Congress intended for such crimes to be grounds for removal and bars to relief and protection under the INA, but in 2018 the Supreme Court held that section 101(a)(43)(F) is unconstitutionally vague, in part. Consequently, aliens convicted of many serious crimes like burglary, battery, assault, and domestic violence will get a pass until Congress fixes the provision.

Yet another is the phrase “membership in a particular social group” in section 101(a)(42)(A) of the INA, a key element at issue in many recent asylum claims.

As a flustered then-Judge (now Justice) Samuel Alito explained it: "Read in its broadest literal sense, the phrase is almost completely open ended. Virtually any set including more than one person could be described as a 'particular social group.’” He did not say that in a good way.

The Biden administration threatens to expand that phrase beyond all prior (and reasonable) limits in order to render nearly every illegal migrant eligible for asylum, which would place them on a five-year path to citizenship. Congress can (and should) limit the scope of asylum relief, which would start with more clearly defining what, exactly, a “particular social group” is and is not for purposes of the INA.

Congress makes the rules as it relates to immigration, but it is up to the courts to determine what those rules mean. The more work that Congress puts to that effort at the beginning of the process, the less mischief there is for courts to engage in on the back end.