New York Cathedral Shooter Had Been Given Immigration Relief

The 'zombie' section 212(c) of the INA, and unanswered questions 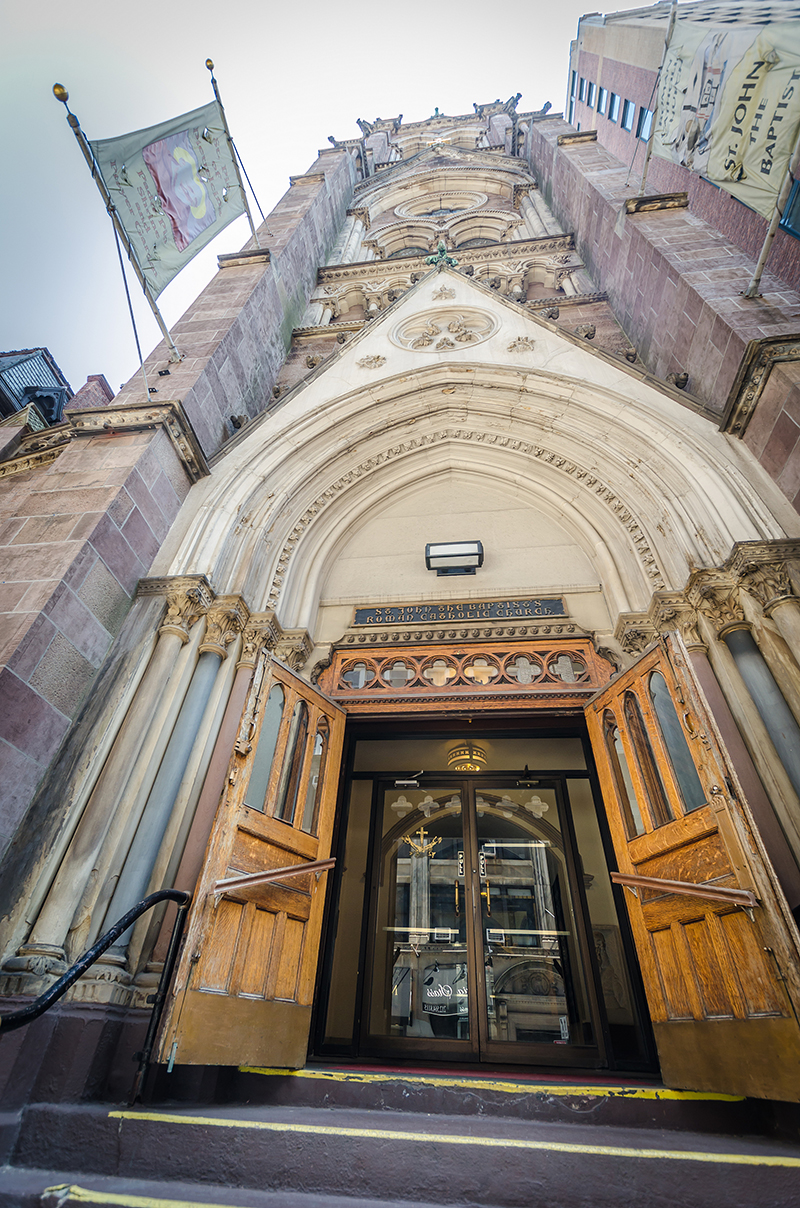 On Sunday, December 13, Luis Manuel Vasquez-Gomez, a 52-year-old Dominican national with a green card, was killed by police after he discharged a weapon outside the Cathedral Church of St. John the Divine in Manhattan following a Christmas carol concert there. It was not his first encounter with the law, raising the question as to why he was in the United States — let alone New York — to begin with.

The New York Times reports that the shooter came to this country in 1976 as an immigrant, and by the age of 22 had at least three arrests — one for shooting at a woman and police officers, one for cutting a man's hand, and one for selling drugs to an undercover cop. By 1991, he had been convicted of possession of a weapon, harassment, and sale of a controlled substance, and ended up serving a prison sentence.

He came to the attention of the former Immigration and Naturalization Service (INS) in 1994, and was ordered deported by an immigration judge (IJ) in 1995. But for some reason that is unclear from reporting, he was not in fact deported. ICE locked Vasquez-Gomez up after an unspecified parole violation in 2007.

That is where the case gets legal — and weird. Logically, he could have applied for a waiver under former section 212(c) of the Immigration and Nationality Act (INA), during his deportation proceedings in the 1990s.

Section 212(c) was — on its face — relief that was available to lawful permanent residents (LPRs) returning from abroad who had accrued at least seven years of residence in the United States, to waive various grounds of removal (including most criminal ones). In 1976, the Board of Immigration Appeals (BIA) (following the lead of the Second Circuit) expanded the coverage of section 212(c) of the INA to allow LPRs in the United States to seek that waiver even if they had not left the country.

That year, it severely limited the availability of section 212(c) in section 440(d) of the Antiterrorism and Effective Death Penalty Act of 1996 (AEDPA), before eliminating those waivers in section 304(b) of the Illegal Immigration Reform and Immigrant Responsibility Act of 1996 (IIRIRA). That waiver was replaced with the much more stringent "cancellation of removal for certain" LPRs in section 240A(a) of the INA (42A cancellation).

Well, sort of. In 2001, in INS v. St. Cyr, the Supreme Court held that section 212(c) relief was still available to aliens who had been pleaded guilty to a crime before the effective date of IIRIRA (April 1, 1997), on the theory that those aliens had done so in reliance on the availability of that relief (just proving how liberally the waiver had been granted).

Then, in 2014, the BIA expanded that decision to aliens who had been convicted following a trial before the effective dates of AEDPA and IIRIRA, if they would have been eligible to apply for 212(c) under the law then in effect prior to amendment. To be fair to the BIA, it did so in light of intervening circuit court decisions that had made a mess of the limitations and repeal of section 212(c) in AEDPA and IIRIRA, respectively.

Which brings me back to Vasquez-Gomez. As noted, he had been arrested by ICE following a probation violation in 2007, but (according to the Daily News) an IJ granted him a stay of removal to challenge his 1995 deportation order in November of that year, and he was ordered released in February 2008 (it is unclear whether ICE or the IJ let him go). He was granted — I conclude from the reporting — a waiver under section 212(c) in November 2017.

Last Sunday, wearing a Dominican flag mask, Vasquez-Gomez waited until the performance at St. John the Divine had concluded before firing shots in the air. The backpack he carried contained gasoline, as well as rope, knives, duct tape, and a Bible. In an understatement, New York Police Commissioner Dermot Shea stated: "I think we can all surmise the ill intentions of the proceeds of this bag."

Underscoring this point, a note was found in his pocket stating that he planned to take hostages at the church, and hold them until banks and companies ponied up money to help needy people in Latin America. The NBC outlet in New York explains: "Vasquez voiced his anger at the 'U.S. regime which has committed robbery and more against the people of Latin America.' He also wrote that he did not envision returning to his Bronx apartment."

It sounds like classic "suicide by cop" by a plainly disturbed man wanting to bring attention to his vague grievances. Those complaints seem particularly ironic, in light of the lenient treatment the U.S. immigration system had given him.

Apparently, his troubles with the police did not end in 1995, or even 2017. He was wanted by the police for menacing with a gun this past summer (all told, he had six arrests over 30 years). Bishop Andrew M.L. Dietsche of the Episcopal Diocese of New York, opined that Vasquez-Gomez's act was "self-destructive and not an attack on the church". Bishops can be magnanimous in a manner that IJs cannot.

Vasquez-Gomez's case demonstrates why Congress eliminated section 212(c) relief to begin with, but also how it remains a "zombie" provision in the INA. In FY 2018 (the last year for which statistics are available), immigration courts and the BIA granted that relief to 368 aliens — more than two decades after Congress "eliminated" it in IIRIRA.

Of course, the case also raises other questions. Why, exactly, had this LPR's case been reopened in 2007 to apply for relief that was ostensibly available to him when he was ordered removed in 1995? Why did it take 10 years for that 2007 case to be resolved? Who ordered his release from immigration custody in 2008? And did the state of New York report his latest infractions to ICE? The answer to the latter question was almost definitely "no," for reasons that I explained last Friday.

Those questions will likely remained unresolved, but I have some ideas. Given the passage of time between the 1995 order of deportation and his 2007 motion to reopen, Vasquez-Gomez likely did not have any "serious" marks on his record, and probably did not have any a decade later. "Time heals all wounds," but it also gives aliens under final orders time to build up new equities in the United States.

That just shows why it is important for ICE to remove aliens under final orders expeditiously. But given the agency's limited resources, and the fact that at the end of FY 2019, there were 595,430 immigration fugitives — that is, aliens who have failed to leave the United States based on a final order of removal, deportation, or exclusion, or who have failed to report to ICE after receiving notice to do so — there are likely to be more aliens whose removal orders go unexecuted for decades into the future. I hope none are as dangerous as Vasquez-Gomez — but in a population of almost 600,000 people, there are bound to be a number of bad apples.

I doubt that the situation is likely to get any better in the 117th Congress or under the administration of president-elect Joe Biden — who has already expressed his disdain for ICE enforcement and the current immigration laws.