This is not satire: Hipster would-be socialists are exploiting workers, thanks to Biden’s border disaster 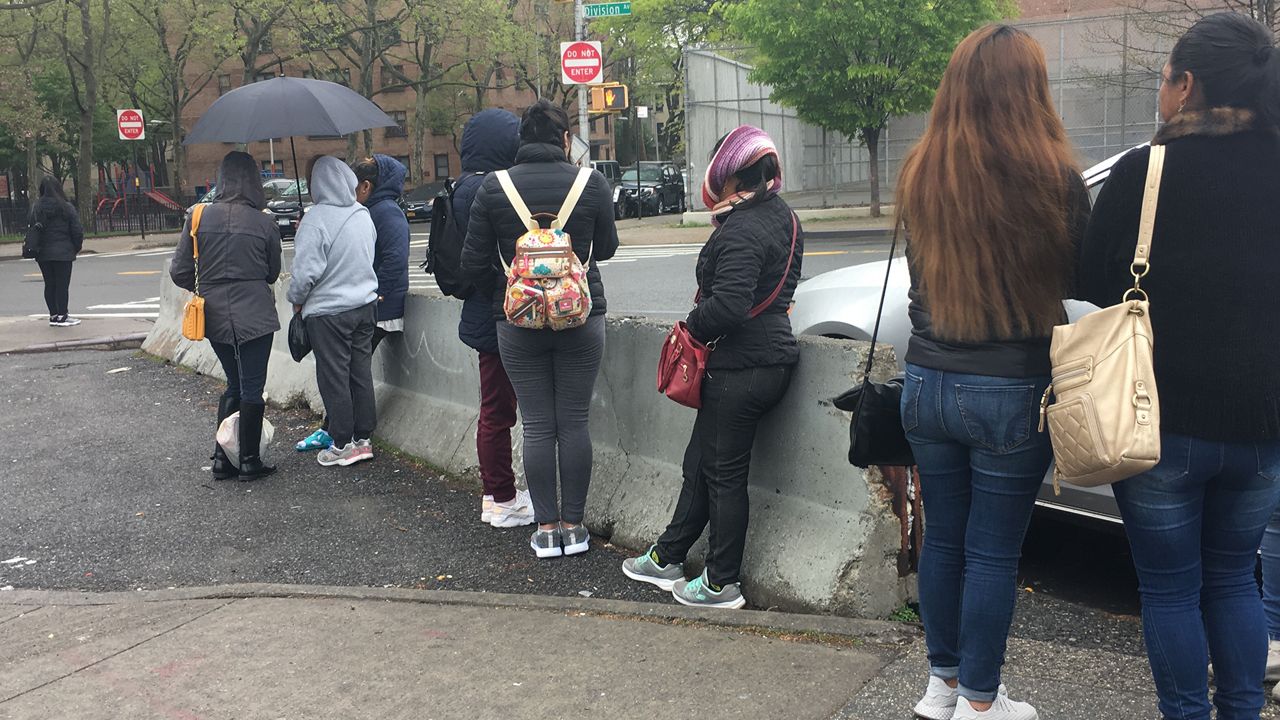 On February 28, NBC News ran a piece captioned “Undocumented day laborers face harsh work prospects due to immigration spike”. As hard as it is to believe, neither the headline nor the video itself is satire.

The primary focus is on workers at the corner of Division and Marcy Avenues in the Williamsburg section of Brooklyn, known as La Parada, or “the stop”. The voiceover explains, “This is a place where immigrant women find a job for the day, primarily doing domestic work. Every day, up to 150 women wait here, bargaining for hourly pay that is often below minimum wage”.

Why, exactly, would workers bargain for pay that falls below the state and/or federal minimum? The video continues: “Often, these day laborers are undocumented”.

Here’s the problem, according to NBC News: “With more women looking for work, there is more competition. Desperate to find a job and with little to no English, many new arrivals don’t negotiate their rate.”

The piece then flips to interviews with two Ecuadoran women recently released from ICE detention who have been here for a month and three weeks, respectively. Neither of them expressed any fear of harm back home because of their race, religion, nationality, membership in a particular social group — that is, any of the grounds for asylum. Rather, they came to the United States purely for economic reasons.

According to the reporter: “These women represent the face of a new wave of immigration from Ecuador.” CBP encounters with Ecuadoran nationals were up sevenfold in FY 2021 over the prior fiscal year (to just over 97,000 migrants), she explains.

The piece then turns to a local Ecuadoran who runs a community center for his fellow nationals and other Latin Americans in New York City. Even though he has been in the United States for 34 years, he contends that corruption, security issues, and economic instability back home are what is driving the Ecuadoran exodus to the United States.

Then the discussion moves abruptly to what it terms “wage theft”, in which workers are being not paid, or not receiving the full agreed-upon rate. Some 26 percent of the women day laborers at La Parada were victims of this offense in 2021, according to the “Workers’ Justice Project”.

The Ecuadoran community organizer explains that he has seen this happen across other occupations (decrying wage theft as “a new modern slavery”) and asserts that while he teaches workers how to file complaints, it is a lengthy process that many abandon.

New York may be one large sanctuary jurisdiction as it relates to immigration enforcement, but NBC News quotes the state’s Department of Labor, which contends that it is serious about the labor laws: “We begin processing wage theft claims immediately upon receiving the complaint. The processing ... usually takes about four weeks to complete.” (Ellipsis in original.)

The state labor department continues: “We encourage any New Yorker, regardless of immigration status, to report wage theft. ... We do not disclose information to other agencies, including” ICE.

There is so much to unpack here, it is hard to know where to begin.

If you are not familiar with New York City or Williamsburg in particular, the neighborhood is rated as number one among “The 10 Most Hipster Neighborhoods on Earth” on Thrillist.

According to that outlet: “If hipsters have a mecca, it's most certainly Williamsburg. A world of bow ties, trilby hats, and suede chukka boots, where everyone's an amateur photographer with an unnecessarily expensive DSLR camera.”

Williamsburg is also extremely “progessive”, a blue enclave in a sea of blue in an area polling outfit FiveThirtyEight refers to as “The Elite Circles” (along with lower Manhattan), “the most progressive slice of the city”.

I trust that commuters are not traveling into La Parada from the more conservative environs (like Staten and Long Islands) looking for domestic help, so most of the would-be employers there are likely Williamsburg locals. It appears, then, that hipster would-be socialists are busy dickering for the cheapest, below-minimum wage workers whom they may or may not end up paying — a fact that speaks volumes.

That aside, however, this NBC News piece implicitly (and likely inadvertently) underscores why limits on immigration exist to begin with.

Section 212(a)(5)(A)(i) of the INA bars the admission of aliens to the United States to perform skilled or unskilled labor unless the Labor secretary certifies that: (1) there are not enough able, willing, and qualified workers available “at the place where the alien is to perform such skilled or unskilled labor”; and (2) “the employment of such alien will not adversely affect the wages and working conditions of workers in the United States similarly employed.”

The labor market at La Parada is plainly saturated, and apparently has been for a while, so these new workers fail on the first count. As for the second, not only is the continued flow of migrant workers there “adversely affecting” the wages and working conditions of U.S. workers (citizens and lawfully admitted aliens), but it is also now affecting earlier-arrived illegal aliens, too.

One labor (and immigration) law firm headquartered in White Plains, N.Y., asserts that “New York State has some of the strictest labor laws in the country”, but such laws are impossible to enforce when there is an ever-growing illegal labor force willing to work off the books and below minimum.

That does not just affect the illegal alien day laborers in hipster Williamsburg; it also directly impacts those U.S. workers, too.

Low skilled and poorly educated lawful workers need entry-level jobs if they are ever going to advance up the employment ladder, as I explained (with the help of Karl Marx) in August 2019. And if employers can cut corners on wage and safety laws and still get willing workers, even the employment authorized will have to go along.

There are many signs that the president needs to rethink his immigration and border policies. Record-high levels of illegal entries at the Southwest border and a 70-plus percent decline in removals on his watch are two prominent ones.

A third is the fact that so many aliens are entering the United States illegally — and being released more than a thousand miles away from the border — that they are driving down wages and job opportunities for other illegal day laborers in Williamsburg, Brooklyn.

To paraphrase Marx, all great facts appear twice, “the first time as tragedy, the second time as farce”. What is happening at the Southwest border is a policy-driven tragedy of the highest order. NBC News’ reporting of the effects of that border tragedy on job opportunities for illegal migrants in Brooklyn is the farce highlighting the deleterious effects of the president’s immigration policies. A farce, but not satire.