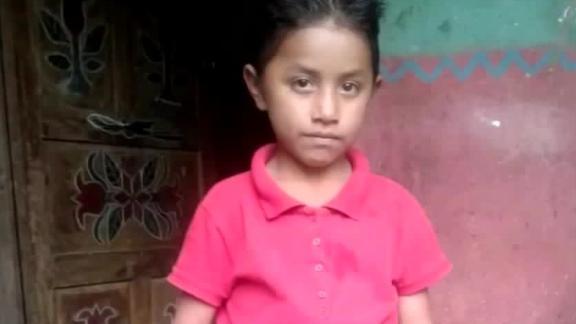 It is been more than seven months since I wrote a Backgrounder captioned "Catch and Release Escape Hatches: Loopholes that encourage illegal entry". In that piece, I noted that, largely because of deficiencies in the credible fear system, the current iteration of the William Wilberforce Trafficking Victims Protection Reauthorization Act of 2008 (TVPRA), and the Flores settlement agreement, "today 40 percent of arriving aliens are families and children, a significant increase compared to the situation that existed prior to 2011 (when over 90 percent of arriving aliens were single adult males)." That month, according to U.S. Customs and Border Protection (CBP), 9,485 aliens in family units were apprehended along the Southwest border. Last month, by comparison, 25,172 family units were apprehended, a 265 percent increase over just six months. The reasons for the increase were the ones I identified, and the situation has become significantly more tragic, as two children traveling with parents have died in CBP custody in a 16-day period.

As CBS News reported on December 27, 2018: "Felipe Alonzo Gomez, an 8-year-old boy from Guatemala, died in a New Mexico hospital late on Christmas Eve." His cause of death is, as of yet, unidentified, but much like Jakelin Caal (whose story I wrote about in a December 18, 2018, post), Gomez spiked a fever and was taken to a hospital, where he died. Unlike Caal, however, Gomez's father "declined further medical attention because his son was feeling better," according to CBS. According to CBP, however, Caal's father failed to tell agents about his daughter's fever, the Washington Post has reported.

There are many reasons that a parent would not want to tell a foreign government's officers about a child's illness, or to decline medical treatment for a sick child. One possible reason is that the parent would want to keep the child in his or her custody because, if the child were to be taken for medical care, the parent would remain in detention longer. Family units are released more quickly, partly because of the Flores settlement agreement and also because U.S. Immigration and Customs Enforcement (ICE) lacks sufficient family detention space, as the Arizona Republic reported on November 30, 2018. Again, however, that is pure speculation, and there may have been other reasons for the actions of Caal's and Gomez's fathers in their individual cases.

Those releases have been occurring more quickly since Gomez's death, according to KFOX, the Fox affiliate in El Paso, citing Ruben Garcia, the head of a local shelter. Respectfully, that is exactly the opposite of what ICE should do.

Although others may disagree, it seems fairly obvious to me (based on 26 years of immigration experience) that the reason we're seeing a spike in the number of family units at the border is that adult aliens know that if they are traveling with children, they will be released more quickly. Again, if your purpose in entering the United States illegally is to live and work in the United States, the more quickly you can do so, the better. And although people may have different opinions about the precipitating factors that prompt foreign nationals to leave their homes (violence, persecution, poverty, a higher standard of living, reuniting with family and friends), almost all agree that once those foreign nationals are in the United States, they want to live and work in the United States.

One major challenge facing CBP is the fact that it lacks the resources to handle the recent onslaught of families. CNN on December 27, 2018, quoted CBP Commissioner Kevin McAleenan, who had stated:

I've explained to Congress ... that what we're seeing with these flows, of huge numbers of families with lots of children, young children, as well as unaccompanied minors coming into Border Patrol custody after crossing the border unlawfully, that our stations are not built for that group that's crossing today.

They were built 30 to 40 years ago for single adult males, and we need a different approach. We need help from Congress. We need to budget for medical care and mental health care for children in our facilities.

The commissioner is certainly correct about the short term, but Congress also needs to make legal changes now to stem future flows of family units. An amendment by the House Freedom Caucus to the appropriations bill (which is now stalled over funding for border security, prompting the partial government shutdown), which I broke down in detail in a December 14, 2018, post, includes those changes. Congress as a whole, however, does not seem interested in the root causes of these problems, and this is truer of the incoming Congress than the current one.

For example, my December 18 post contains the following excerpt:

On Thursday, [incoming Hispanic Caucus Chairman Rep. Joaquin] Castro issued a statement saying that he would be asking for a "full investigation by the Inspector General and Congress into the conditions and circumstances that led to [Caal's] death."

"We can do better as a nation," he said. "This is a humanitarian crisis and we have a moral obligation to ensure these vulnerable families can safely seek asylum, which is legal under immigration and international law at our borders."

The tragic death of an innocent child on Christmas Day breaks the hearts of all. Democrats call on Homeland Security’s Inspector General to immediately open an investigation into Felipe Alzono-Gomez’s death. https://t.co/on2E63hPhX pic.twitter.com/pvNCtMJt9g

There is a possibility that CBP and its agents bear some responsibility for the deaths of these two children — but as a lawyer and former immigration judge, I would withhold judgment until I knew all the facts. As an unnamed CBP official "who works on the southern border and has direct knowledge of the facilities like the ones where Felipe Alonzo-Gomez was being held" told CNN, however:

"We're not designed to hold all these people, a complete overhaul needs to happen."

"We're overcrowded, understaffed. We don't have the manpower to deal with this crisis. It's a nosebleed that doesn't stop. You have agents trying to do the right thing. Give people their due process." ... When asked about DHS Secretary Nielsen's handling of the Guatemalan child's death this official replied, "What else can she do?"

"No one ever thinks you'll lose a life. You give them food and water. If they complain, you flag it. It's sad. It's heartbreaking. That hits home."

Again, respectfully, between the representative from Pacific Heights and the official on the border, I believe the latter is the more authoritative source, and curiously has less of an axe to grind.

I agree with Speaker-designate Pelosi as it relates to investigations by the DHS inspector general and Congress, and share her desire for justice. She should be mindful, however, of the legal dictum fiat justitia ruat caelum: Let justice be done though the heavens fall. An assessment of the deaths of these two children necessarily involves the role that Congress has played, or rather has failed to play, in the circumstances that led to two fathers taking two children into remote parts of the desert to enter the United States illegally.

Congress has two options to decide between if it were to prevent fathers bringing their children to the barren wilderness west of El Paso: Either open the borders to all who seek admission or change the laws that lure those parents (encouraged by smugglers) to the United States illegally. Opening the borders would not spare those parents the grueling journey from Central America through Mexico to the United States, however, and would cost the American taxpayers an incalculable amount (in addition to depriving the least fortunate already here even more opportunities to work).

The first part of that sentence bears analysis. Any parent (or anyone who is or has been a child) knows that traveling is arduous, at best. I think that we can all agree that a three-hour car ride in an SUV to a grandparent's house, or a vacation, can be a stressful event for a healthy adult, let alone a minor of tender years. Now imagine a journey of more than 1,800 miles from the border town of Tecun Uman, Guatemala, to El Paso in which both parent and child are guided by criminals motivated solely by money, using a variety of conveyances, as well as travel by foot, with stops in rodent-infested "safe houses". It is a miracle that any child survives that trip at all.

The parenthetical in the aforementioned sentence bears analysis as well. As my colleague, Jerry Kammer, recently wrote:

Consider these mileposts of past Democratic concerns.

"My basic complaint is that we have a massive poverty population coming into the country virtually every day from Mexico," Walter Mondale, a Democratic senator from Minnesota, said in 1970. "If you could prevent that illegal rush of labor coming across the border, the bargaining power of U.S. citizens and permanent resident aliens would rise dramatically."

A year later, Rep. Peter Rodino, (D-N.J.) weighed in with this ominous assessment: "The illegal alien displaces American workers, depresses wages, burdens the welfare rolls, and taxes local, state and federal government by use of medical facilities at public charge." Rodino sponsored legislation to punish employers of illegal immigrants. It was passed twice in the House but failed to advance in the Senate.

Pelosi served with Rodino in the House of Representatives, and was a Democratic National Committee member when Mondale ran for Vice President in 1976. She knows who they are and what they stood for. And the basic laws of economics have not changed in the last 50 years.

Two children are now dead. Congress must change the laws that led their parents to bring them to the United States.