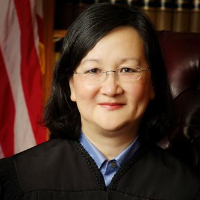 On Friday, September 4, Judge Dolly M. Gee of the U.S. District Court for the Central District of California issued her latest order (behind a paywall) in the Flores litigation. Although that order largely halts a practice by which ICE held unaccompanied alien children (UAC) (and other minors) in hotels pending their expulsion from the United States under Title 42, it is as interesting for what it does not do, as for what it does. And it leaves grounds for appeal.

By way of background, Flores was a settlement agreement between the Janet Reno DOJ and immigrant groups in 1997. Under the agreement, the government agreed to set immigration detention standards for UAC, particularly regarding facility conditions and the timing and terms of the UAC's release. Over time (and especially under Judge Gee, just the latest judge to have jurisdiction over that settlement agreement), it has become much more than that, as my former colleague Matt Sussis explained back in February 2019.

With respect to Title 42, on May 19, the director of the CDC issued an order pursuant to 42 U.S.C. §§ 265 and 268 suspending the introduction of aliens into the United States who have entered this country illegally along the land and coastal borders of the United States, or have sought entry at the land and coastal ports of entry without documentation authorizing their admission, to prevent the introduction of the Wuhan coronavirus into this country. That expanded, slightly, earlier orders originally issued in March.

As a consequence of the implementation of Title 42, most aliens apprehended by Border Patrol entering illegally have been turned around back across the border, or in the case of some aliens from countries other than Mexico (OTMs), expelled to their home countries.

OTM UACs represent a special case of aliens for purposes of Title 42. Although they (or their parents or guardians) paid the smugglers that brought them to the United States, their removal is more complicated than it is for other OTMs. Mexico likely does not want to deal with caring for them, and special arrangements must be made to return them to a responsible adult in their home countries — a process that can take days to weeks.

Nor can they simply be detained in CBP detention centers until those arrangements can be made. The whole idea behind Title 42 is to get aliens out of the United States as quickly as possible, again to prevent the introduction and spread of the coronavirus.

Generally, when placed into removal proceedings under the Immigration and Nationality Act (INA), UAC are placed into shelters run by the Office of Refugee Resettlement (ORR) in the Department of Health and Human Services (HHS). With the pandemic, however, "generally" is not generally in effect. Once more, given the fact that the purpose behind the Title 42 order is to, in essence, quarantine those aliens, sending them to an ORR shelters defeats the purpose.

Not only UAC are at issue, either. I have previously explained how, as a consequence of Judge Gee's earlier orders in Flores (adopted by the Ninth Circuit in 2017), it is now advantageous to adult aliens to bring children with them when entering the United States as family units (FMU), in order to secure release their into this country.

Normally, those FMU are sent to a Family Residential Center (FRC) run by ICE, generally through a contractor. Again, however, if the idea is to quarantine those FMU, sending them to an FRC defeats that purpose.

So, a determination was made to place UAC and children in FMU into hotels until they could be repatriated. According to CNN, 570 UAC and 80 children in FMU have been housed in more than 25 hotels, located in Arizona, Texas, and Louisiana since the first Title 42 order was handed down by CDC in March. Judge Gee's order implied that at least some of the parents in those FMU are so housed, as well.

That hoteling process is contracted out to a company called MVM, Inc. Judge Gee took great pains to note that MVM is not a licensed child care organization, but it appears that its employees (in this instance, "Transportation Specialists") do little more than babysit the alien minors and their families, keeping an eye on the minors and "playing board or video games or watching television and movies (chosen by the minor) in order to keep them comfortable, engaged, and at ease." Most, but not all, are native Spanish speakers.

There was some dispute in the matter as to whether the minors were in the custody of CDC or DHS. Although, logically, CDC does not generally detain anyone, and has therefore tasked this responsibility to ICE, Judge Gee found that they were in DHS custody, and Flores applies.

Finding that Flores applied, Judge Gee concluded that the hoteling regime did not comply with that settlement agreement. Accordingly, she directed DHS to stop the practice by September 15, and ordered minors to be placed in licensed ORR shelters. But she allowed it to continue "for one to two-night stays while in transit or prior to flights, if minors are traveling longer distances, or due to unexpected flight delays", as well as in other exigent circumstances where necessary, and with notice to the independent monitor of the settlement agreement.

Judge Gee also did not rule on the validity of the Title 42 expulsions themselves, finding (correctly) that they were outside of the purview of Flores. Respectfully, this is significant: Had she found that UACs could not be subject to Title 42, it would have likely invited a renewed wave of UAC and FMU entries. As is, they can be expelled under the CDC order, just after being sent to ORR shelters or FRCs.

I would question whether those minors (or others) will be safer from coronavirus in shelters and FRCs under this order. The court found that shelters were only at 3 percent capacity, but any minor with a false negative could still risk infecting others if exposed. And those minors would (logically) run a greater risk of exposure in a group setting.

In this regard, she noted that "detainees and MVM staff are not regularly tested for COVID-19, except before detainees depart the country." That said, not only did MVM have a vested interest in limiting exposure (so as to maintain its contract), but (as Judge Gee admitted) it took the temperatures of its Transportation Specialists and questioned them about coronavirus before their shifts, and medical professionals were onsite and performed daily screenings.

And, although Judge Gee focused on the fact that the hotels themselves were open to the public and staff, that hotel staff may enter the rooms in which those minors were housed, and that the hotels accommodated travelers in coronavirus hot spots, most hotels I have stayed at recently follow more strict hygiene standards than the hospitals I worked at in college (at least in their common areas).

All of that said, this order represents a loss for the government in its attempt to implement Title 42, but it could have been a whole lot worse.

And the question of whether those minors are in CDC custody (which, given the fact that the order was issued by CDC is a valid one), is one that the government is likely to appeal. Had those minors been detained in the CDC border quarantine station in San Diego, El Paso, or Houston instead of a hotel, it would plainly change the calculus. Whether an appeal will be taken, however, is yet to be seen.