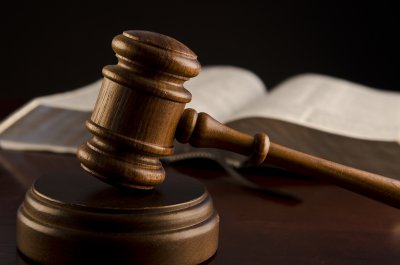 It is clear that this is an urgent issue for the agency. In a July 2017 Backgrounder, I described that backlog in detail, and identified the factors that caused it to balloon. That backlog has only grown worse in recent months. According to the Transactional Records Access Clearinghouse (TRAC), as of November 2017, there were 658,728 cases pending before the immigration courts. In a post earlier this month, I explained that there are also approximately 350,000 other cases that are "administratively closed", that is cases that are pending but have been removed from the immigration courts' active dockets. This means that there are actually more than a million potential cases for the immigration courts to handle at this time.

Because of this overwhelming backlog, certain cases need to be prioritized. As Justice Department spokesman Devin O'Malley explained to Fox News: "In 2010, immigration court benchmarks for non-detained cases were abruptly abandoned, and since that time — perhaps non-coincidentally — the caseload has tripled."

Under these new priorities, all detained cases are designated as priorities, as are cases with a federal-court-ordered deadline and "cases otherwise subject to an established benchmark for completion". This latter category includes cases subject to the "Immigration Court Performance Measures" identified therein, such as expedited asylum cases, and credible fear and reasonable fear reviews.

An alien apprehended after having entered illegally or at a port of entry has the right to ask an immigration judge to review an asylum officer's determination that here she does not have a "credible fear" of persecution or torture if returned home. By statute, all credible fear reviews by the immigration court must be completed within seven days of the asylum officer's negative credible fear determination. The performance measures require that 100 percent of those cases be completed within that timeframe. Similarly, if an asylum officer finds that a previously deported alien does not have a "reasonable fear" of persecution or torture if returned, and the alien seeks review of that determination by the immigration court that review must be completed within 10 days by regulation absent "exceptional circumstances". The performance measures also require that 100 percent of reasonable fear reviews be completed within that 10-day time frame.

As an aside, these time frames are occasionally difficult to meet, especially when an unrepresented alien asks the immigration judge for an opportunity to find counsel. Such requests always require rescheduling of the case, usually outside of the statutory and/or regulatory deadlines.

In addition, by statute, asylum applications are to be adjudicated within 180 days of filing, again, absent "exceptional circumstances". As EOIR Operating Policy and Procedures Memorandum (OPPM) 13-02 explains, the agency "operates an 'asylum clock,' which measures the length of time an asylum application has been pending for each asylum applicant in removal proceedings." This clock "is an administrative function that tracks the number of days elapsed since the application was filed, not including any delays requested or caused by the applicant."

When that clock starts depends on whether the alien files the asylum application initially with U.S. Citizenship and Immigration Services (USCIS) or directly with the immigration court. If the application is filed with USCIS, and referred to the immigration court, the clock is already running when it gets to the court. In those situations where fewer than 75 days have elapsed before the matter is referred to the court, EOIR treats the case as an "expedited asylum case", with a deadline of 180 days to complete the adjudication by the court, not to include any "delays caused by the applicant".

As with the "credible fear" and "reasonable fear" reviews, the performance measures require that 100 percent of all expedited asylum cases be completed within that 180-day deadline, in accordance with law.

The remaining performance measures, while more discretionary, are all fairly reasonable. For example, they direct that 85 percent of most non-detained removal cases be completed within one year of filing of the notice to appear (NTA), or reopening or recalendaring of the matter, remand from the Board of Immigration Appeals (BIA), or notification to the court that an alien has been released from custody. The measures also direct that 85 percent of motions be adjudicated within 40 days of the date they are filed; that 90 percent of all custody redeterminations be completed within 14 days of when such redetermination is requested; and that 85 percent of all Institutional Hearing Program (IHP) removal cases be completed prior to the alien's release from criminal custody.

As then-Chairman Lamar Smith of the House Judiciary Committee's then-Subcommittee on Immigration and Claims described that latter program more than 20 years ago:

Since 1986, Congress has passed a number of laws directing that incarcerated criminal aliens go through removal proceedings while they are still imprisoned, so that they can be promptly removed at the conclusion of their sentences. In response to those laws, the INS and the Executive Office for Immigration Review (EOIR) created the Institutional Hearing Program (IHP), which allows them to conduct investigations and hearings, and issue removal orders, on incarcerated criminal aliens. The IHP is a nation-wide program, with most of its resources concentrated on the prison systems containing the largest numbers of criminal aliens, like the Federal Bureau of Prisons (BOP) and the prisons of high-immigrant states like California, Texas, New York and Florida.

The process is theoretically fairly simple. Foreign-born criminals entering prison are identified to the INS, which conducts interviews to determine whether they are removable. ... Those found to be U.S. citizens are not removable; those who are illegal aliens generally are removable; and those who are legal permanent residents are removable if they have committed certain crimes specified by the INA and related case law.

Timely completion of IHP cases both preserves U.S. Immigration and Customs Enforcement (ICE) detention resources and protects the public from dangerous aliens. Completion of cases under the IHP in a timely manner, however, to some degree depends upon notification by ICE that the alien is detained, which ICE generally does by filing an NTA. That said, almost all of those cases should be completed before the alien leaves criminal custody.

The performance measure that is likely the most controversial is the requirement that 95 percent of all removal hearings "be completed on the initial scheduled individual merits hearing date." In a June 2017 report, the Government Accountability Office (GAO) determined that between FY 2006 and FY 2015, continuances in immigration court increased by 23 percent, and that the number of cases with four or more continuances increased from 9 percent in FY 2006 to 20 percent in FY 2015. Based on my experience, a significant minority of those continuances most likely involved merits hearings. In fact, in that report, GAO cited an "expert" and "stakeholder" who stated that "due to the backlog, merits hearings are frequently rescheduled."

In a November 2017 post, I discussed court performance measures that had been proposed by the National Center for State Courts (NCSC) ("an independent, nonprofit court improvement organization founded at the urging of Chief Justice of the Supreme Court Warren E. Burger") called CourTools. As I stated:

A court's ability to hold trials on the first date they are scheduled to be heard (trial date certainty) is closely associated with timely case disposition. This measure provides a tool to evaluate the effectiveness of calendaring and continuance practices. For this measure, "trials" includes jury trials, bench trials (also known as non-jury trials or court trials), and adjudicatory hearings in juvenile cases.

Measuring trial date certainty requires identifying all cases disposed by trial during a given time period (e.g., a year, quarter, or month). After the cases are identified, additional information must be collected to determine whether those cases were tried on the first date they were set for trial or were continued one or more times before the trial actually began.

In the immigration court context, for example, EOIR could set a percentage of cases that judges would be expected to complete at the initial individual merits calendar date. ... Under this system, lawyers would know that the immigration courts would be measuring the number of initial individual merits calendar cases completed, and would be able to anticipate that they should be prepared to go forward on the assigned date, or alternatively that they should request a date at the master calendar that would provide sufficient time for case preparation.

The judges would also have an impetus to be prepared to go forward on that initial individual merits calendar date, and to only grant continuances when truly necessary. EOIR would have to measure and examine on an ongoing basis the percentage of cases that were completed in a timely manner under this standard to ensure that the standard was reasonable. Judges who failed to complete cases in a timely manner could receive additional training on meeting this standard.

The completion percentage set by EOIR (95 percent) was higher than the one I proposed (70 percent), but even the higher percentage is not unreasonable. The director explained in the January 17, 2018, memorandum that the performance measures would be tracked by the agency and the performance of the courts in meeting them would be "regularly audited". He continued:

These goals are intended to help determine which courts are operating in a healthy and efficient manner, and which courts may be in need of more specialized attention in the form of additional resources, training, court management, creative thinking and planning, and/or other action as appropriate.

[Certain] goals may appear merely aspirational at first, and the agency is cognizant that it may take time for them to be fully realized.

Given the (admittedly) aspirational nature of the performance measures, objections should be limited. No immigration judge will be sanctioned if he or she fails to meet the standards set by the director, but the agency should also be prepared to recognize (especially initially) the difficulties that certain courts may have in achieving these goals.

Further, as I noted in my November post, the issuance of additional precedential decisions by the BIA and attorney general containing bright-line rules to limit unnecessary continuances will assist the courts in achieving any case-completion goals, and the performance measures are no different.

Finally, regular review of the courts' ability to meet the performance measures will allow the agency to refine those measures, and also (as the director noted) allow it to identify those courts that need additional assistance, both in terms of resources and training.

Changing the expectations of the immigration judges, and more importantly the private bar, with respect to the timely completion of removal cases is the first step in controlling the still-growing backlog. The performance measures should do just that.