Illegal Migrants Who Apply for Asylum Are Still Here Illegally 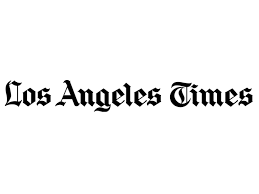 One of the tropes making its way through the media is that aliens who have entered the United States illegally and who have been placed into removal proceedings are in some sort of “legal” status. Like many media factualizations associated with immigration, it’s a myth. Nonetheless, I will parse the latest nonsense associated with what the editorial board at Bloomberg Opinion has termed “Biden’s Border Fiasco”.

The Said, and the Unsaid. In a September 25 opinion piece in the Los Angeles Times, columnist Michael Hiltzik stated:

GOP governors Ron DeSantis of Florida, Greg Abbott of Texas, and Doug Ducey of Arizona have been sponsoring bus and plane transfers of migrants from their states to northern jurisdictions including New York, Washington, D.C., and the island of Martha's Vineyard, Mass.

The right-wing press has called the passengers "illegal immigrants," but in many if not most cases they're asylum-seekers who have completed the initial step in their processing by scheduling a hearing, getting fingerprinted, and undergoing background checks. While awaiting their hearings, they are in the U.S. legally.

Perhaps not trusting his own bona fides, three paragraphs later Hiltzik quoted an immigration attorney who asserted: “They're not illegal aliens. ... They've been processed, they're in the system, they have upcoming court dates.”

There is a lot in both passage that is said, but much more that is unsaid, reflecting both the somewhat complicated nature of immigration law and the level of modern discourse.

The biggest unsaid is that “illegal immigrants” and “illegal aliens” aren’t legally defined terms. They’re shorthand to describe aliens who are removable from the United States, generally but not exclusively because they entered the United States illegally. I could correctly describe a nonimmigrant who has overstayed an authorized period of admission as an “illegal alien”, but in legal parlance would describe that individual as a “nonimmigrant overstay”.

Every alien who has entered the United States illegally is removable from the United States, at least until the moment that the alien is granted some sort of status here. To understand that point requires some background on the removal process.

Removability Based on Illegal Entry. Unless an alien apprehended by Border Patrol is allowed to voluntarily return back across the border, the alien should be issued a Form I-862 Notice to Appear (NTA). An NTA is the charging document in removal proceedings, which is similar to an indictment in a criminal case.

Aliens in removal proceedings are known as “respondents”, and blank Forms I-862 contain three boxes, one of which an immigration officer must first check to denote the respondent’s current status in the United States:

You are an arriving alien.

You are an alien present in the United States who has not been admitted or paroled.

You have been admitted to the United States, but are deportable for the reasons stated below.

Aliens who have entered the United States illegally and who are apprehended at entry are both “arriving aliens” and “applicants for admission” under section 235 of the Immigration and Nationality Act (INA), and at the time they are apprehended at least they have not been admitted or paroled —“parole” in this context is a concept I will explain further below.

After the immigration officer checks one of those boxes, the officer will then set forth on the NTA the allegations supporting the charges of inadmissibility. In the case of an illegal entrant, they generally read as follows:

Unlike criminal proceedings, where the government bears the burden of proving the defendant’s guilt, section 240(c)(2) of the INA provides that applicants for admission — not DHS — bear the burden in removal proceedings to prove “clearly and beyond doubt” that they are “entitled to be admitted” and are not inadmissible under any of the grounds of inadmissibility in section 212(a) of the INA.

The only exception to this rule applies to returning lawful permanent residents (“LPRs”, more commonly known as “green card holders”), but even that exception is subject to caveats. In any event, LPRs have no reason to enter illegally unless they are inadmissible on other grounds because their green cards are legally acceptable admission documents.

Two separate grounds of inadmissibility bar the admission of aliens who have entered illegally, section 212(a)(6)(A)(i) of the INA (“Aliens Present Without Permission or Parole”) and/or section 212(a)(7)(A)(i) of the INA (immigrant not in possession of an immigrant document). In the case of an alien who entered illegally, the NTA will include one or both of those charges.

The NTA will also include the time, date, and place that the respondent must appear at the first removal hearing before the immigration court, a hearing known as the “Initial Master Calendar”.

At that “Initial Master Calendar” hearing, the immigration judge will read the allegations and charges on the NTA to the alien respondent, and if the respondent is represented or has waived counsel, will ask either counsel or the respondent to plead to those charges.

Nearly all non-criminal aliens concede removability, either because they simply want to return home or they’re seeking some form of “relief from removal” — in the case of illegal entrants, usually asylum.

For most if not all illegal entrants, asylum is usually the only form of relief from removal. Few if any are otherwise eligible for any other relief, such as cancellation of removal (available either to removable LPRs or to aliens who have resided in the United States without status for 10 years or more), or adjustment of status (which allows an alien to receive a green card based on an approved visa petition).

Consequently, every respondent who entered illegally and doesn’t want to leave the United States anytime soon will file a Form I-589 Application for Asylum and for Withholding of Removal, regardless of whether they came to the United States seeking that protection or even if they have a claim.

As importantly, the filing of the I-589 will put the respondent on track to apply for work authorization in the United States, which will be good up to the point that the respondent is ordered removed.

The average non-detained case in immigration court nationally has a wait time of 798 days, or about two years and two months, and an asylum case can be reset four times or more after that Initial Master Calendar hearing. That means that an alien respondent can remain in removal proceedings for eight years-plus, time that the alien can use to work and build up equities in the United States.

What’s more, if the immigration judge denies asylum, the alien can appeal that decision as a matter of right to the Board of Immigration Appeals, a review that can delay removal for additional years.

None of this is to say that any, most, or all illegal entrants who file asylum applications in immigration court aren’t eligible for that protection. But the system plainly has incentives for aliens to file non-existent, weak, and fraudulent claims.

And according to DOJ statistics, of all the aliens stopped at the border and ports who were placed into removal proceedings to apply for asylum between FY 2008 and the fourth quarter of FY 2019, fewer than 17 percent were ultimately granted asylum. By contrast, 32.5 percent were ordered removed in absentia after they failed to appear in court.

Simply filing an application for asylum in removal proceedings does not convert an alien’s status or make the alien “legally” present. That said, DHS cannot remove an alien with a pending asylum application.

Parole. Returning to the issue of “parole”, that term can refer to a couple of different authorities under the INA.

Parole under section 212(d)(5)(A) of the INA is a tool Congress gave the executive branch to allow an otherwise inadmissible alien to enter the United States temporarily for a specific purpose. Because it has been subject to abuse, Congress has tightly cabined DHS’s parole authority, allowing DHS to issue it “only on a case-by-case basis for urgent humanitarian reasons or significant public benefit”.

As noted, 212(d)(5)(A) parole is intended to allow an alien to enter temporarily for a specific purpose. Traditionally, “urgent humanitarian reasons” meant needed medical treatment or a similarly emergent reason, and “significant public benefit” was defined along the lines of a need to have the alien appear in a criminal hearing as a defendant or witness.

Once that purpose is satisfied, parole ends, and the alien returns to the status he or she had before parole was granted, so if they were here illegally before, they are here illegally after.

In Supreme Court arguments in Biden v. Texas (the “Remain in Mexico” case), the solicitor general argued that it is a “significant public benefit” to parole aliens for whom there is insufficient detention space, even though the administration wants Congress to cut detention beds in FY 2023. The justices punted on this argument and sent the issue back to the district court.

Despite these limitations, the Biden administration has been monkeying around with parole, using its limited power to release tens of thousands of illegal entrants into the United States monthly (29,900 illegal entrants apprehended by Border Patrol at the Southwest border in August alone).

DHS Secretary Alejandro Mayorkas’ office told Sen. Ron Johnson (R-Wisc.) in January: “In general, [an illegal migrant] who is paroled into the United States is not placed into removal proceedings until the parole is terminated.” Notably, press reports indicate the Biden administration has been giving aliens released on parole up to a year to settle in the United States before going to ICE to receive an NTA.

An argument could be made that those paroled aliens are not here “illegally”, provided they were released on 212(d)(5) parole. But that is a different situation from the one described by Hiltzik and his immigration attorney, who referenced respondents with “upcoming court dates”. That means they have been issued NTAs, and in turn means that their parole has been revoked.

Missing Court Dates. The main point of Hiltzik’s piece is that efforts by Republican governors to transport illegal entrants who were released by DHS at the Southwest border to places like Washington, D.C., New York City, Chicago, and Martha’s Vineyard is wrong and redolent of past abuses in American and world history.

That is a matter of opinion and perspective, but I do strongly question one point he makes: “The transports made it impossible for some to attend their scheduled hearings or other procedures; federal officials have suspended processing until their relocations are worked out.”

Perhaps those aliens have been served with NTAs showing that they are due in an immigration court far away from where they were sent (a questionable proposition given the number of illegal migrants who have been paroled, and the fact that DHS isn’t terminating parole until migrants are served NTAs), but they should still have plenty of time to appear.

Semantics. Respectfully, all this discussion of whether illegal entrants who have applied for asylum are “illegal immigrants” or “illegal aliens” is semantics. Most, if not all, are removable even if they cannot be removed for the time being. But then a lot of things are elided when the issue is immigration, and the media is trying to cover for a border fiasco.