Immigration is not their top issue, but some Republicans are still trying to woo them with amnesty 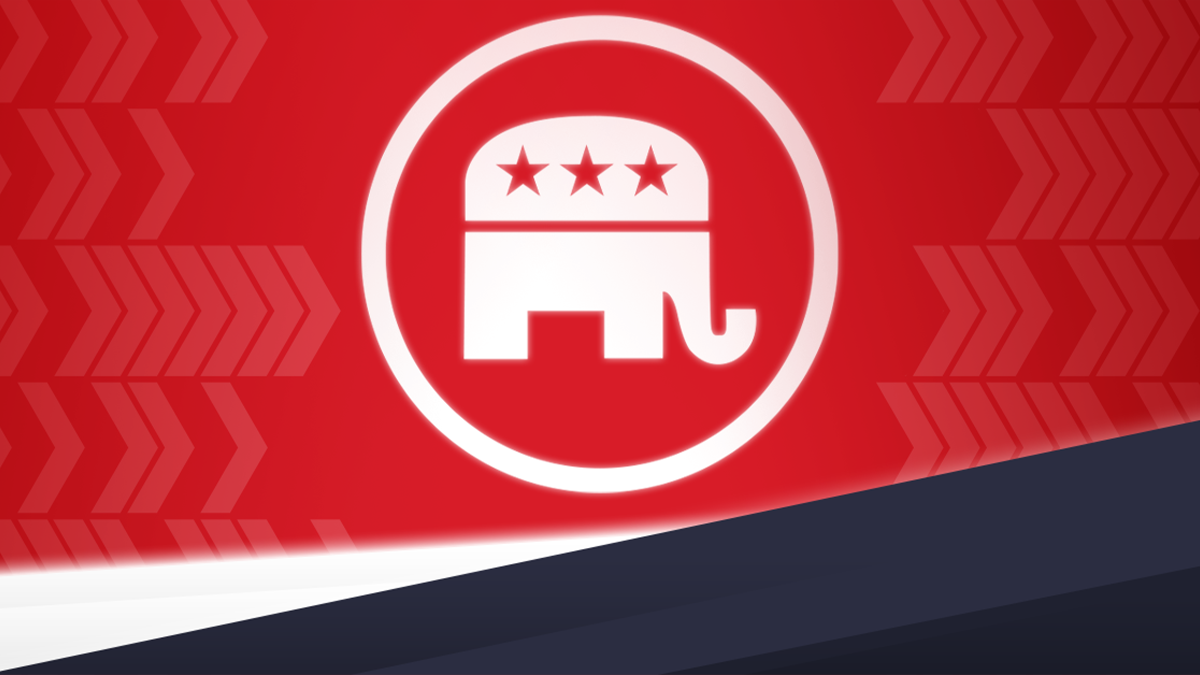 A recent opinion piece in the Atlantic looks at the GOP’s Hispanic outreach efforts in Wisconsin. There are interesting facts in that article, but the main takeaway is that Hispanic voters are not monolithic and that immigration is not their sole issue. It’s not even their main one, but some Republicans are still pushing amnesty to gain their support.

Growing Number of Wisconsin Hispanics. As in many other parts of the country, the population of Hispanics in the Badger State is on the rise: They were 7.1 percent of total residents in the 2020 census, up from 5.9 percent a decade before, making Hispanics the largest minority group in Wisconsin.

In fact, as the Atlantic notes, the Hispanic population in Wisconsin over the last 10 years grew at a rate 10 times as great as the overall population growth rate in the state.

Trump Surged Among Wisconsin Hispanics in 2020. Donald Trump eked out victory by less than 23,000 votes (0.7 percent of the total) over Hillary Clinton in Wisconsin in 2016, still a remarkable outcome in a state President Obama carried by 6.9 percentage points in 2012. Part of the reason why that election was so close was Trump’s weak showing among Hispanic voters that year, when he captured just over a third (34 percent) of their votes.

Whatever you might think about Trump and his immigration policies as president, they did not dissuade Hispanic voters in Wisconsin from giving Trump 37 percent of their votes in 2020, when Trump lost the state by just short of 21,000 votes (0.6 percent).

While a three percentage-point swing among Wisconsin Hispanics generally — and a 5.6 percentage-point reversal among Milwaukee Hispanics — may seem small, it’s important to note how small the margins were in 2020. Had Trump eked out just a few more of their votes, he likely would have carried the state.

Issues for Wisconsin Hispanics. Among the focuses in that article is one Veronica Díaz, a Hispanic Republican who ran for a Wisconsin statehouse seat from Milwaukee in 2020. She blamed Democratic control of city politics for the ills plaguing the city (poverty, rising crime, failing schools), and attempted to attract voters with their own views on religion, abortion, business, policing, and school choice.

Interestingly, “Charter schools and schools with voucher programs account for almost 60 percent of Milwaukee schools that are 70 percent Latino or higher.” Certain high-profile Democrats (including Biden) have been hostile to such institutes, however, likely in large part because many teachers’ unions (a strong Democratic constituency) oppose them.

The Atlantic notes that Democrats have primarily focused on immigration issues and “racial justice” in their attempts to woo Hispanic voters in the past. Consequently, “experts” referenced by the magazine were surprised by the strong Latino support Trump received, given his immigration positions.

Citing a December Axios/Ipsos poll of 1,064 U.S. Hispanic adults, however, the article notes that while there is strong support among U.S. Hispanics for amnesty and protection for those fleeing Central American crime and violence, immigration itself is at the bottom of their concerns.

In that poll, Covid-19 topped the list of respondents’ concerns, at 37 percent, followed by crime and gun violence with 30 percent, climate change at 25 percent, inflation or supply-chain breakdowns at 22 percent, healthcare at 21 percent, and immigration at 20 percent.

That does not perfectly align with the concerns of the electorate writ large. A Reuters/Ipsos poll conducted at about the same time as the Axios/Ipsos poll revealed that the economy, unemployment, and jobs were the top concern of respondents (23 percent), followed by public health (12 percent), crime (9 percent), environment and the climate (9 percent), the healthcare system (8 percent), and immigration (6 percent).

Still, comparing the Axios/Ipsos poll to the Reuters/Ipsos poll reveals that the Hispanic portion of the electorate shares the same concerns as the electorate as a whole, and that while immigration may be a larger concern among Hispanic voters, it is not that significant a difference.

And Yet, Amnesty. Despite these facts, there are many in the GOP who believe that pitching amnesty is a good way for Republicans to appeal to Hispanic voters.

It begins with GOP nominee Mitt Romney’s weak performance among this voting bloc in 2012. A Republican National Committee (RNC) post-mortem of that election faulted Romney for stating in a primary debate that “self-deportation is the answer” to the issue of illegal immigration, concluding that the response was partially responsible for Romney receiving only 27 percent of the Hispanic vote, down significantly from the 41 percent support George W. Bush had received eight years before.

None other than Donald Trump faulted Romney’s response in a 2012 Newsmax interview, opining: “He had a crazy policy of self deportation which was maniacal. ... It sounded as bad as it was, and he lost all of the Latino vote. ... He lost the Asian vote. He lost everybody who is inspired to come into this country.”

With due respect to the Journal, Trump, and the RNC, if you think that Romney’s off-hand comment about self-deportation was the reason his level of Hispanic support was off 14 percentage points from Bush (a Spanish-fluent Texan) you may have poor insight into human nature.

Most of the U.S. Hispanic electorate is either Roman Catholic or Evangelical, and in a 2012 Gallup poll, 17 percent of Catholics and 18 percent of Protestants stated that they would not vote for a “generally well-qualified” presidential candidate who, like Romney, was Mormon. When you start off nearly 1/5th in the hole, it’s tough to catch up.

Further, Romney had limited appeal to middle-class voters, let alone the working class. Remember when the candidate stated that 47 percent of voters would support Obama “no matter what” because they were "dependent upon government ... believe that they are victims ... believe the government has a responsibility to care for them ... these are people who pay no income tax”?

If you’re running for national office, you must broaden your appeal, and essentially calling half of the electorate sponges is no way to do that.

In any event, Trump’s rhetoric on the issue of immigration was much more “direct” than Romney ever could have managed (or would ever attempt), yet Trump bounced back to receive 29 percent of Hispanic votes nationally in 2016. And proving my point about Romney and working-class voters, Trump received 41 percent of the votes cast by Hispanics without a college degree in 2020.

Returning to Salazar, she focuses on the values shared by both the Hispanic community and the GOP, asserting: “We are mostly conservative, hardworking, God-fearing, law-abiding, [in favor of] paying low taxes and small government.”

On immigration, however, Salazar touts her “Dignidad (Dignity) Act”. It contains more money for border enforcement, mandates E-Verify, directs the detention of “asylum claimants” apprehended at the border pending adjudication of their claims, and creates an “American Worker Fund” for job retraining.

It also, however, includes an amnesty for aliens illegally present in the United States (the “Dignity Program”) and a separate fast-track one for “Dreamers”, aliens who came to this country at a young age.

The Dignity Program would provide de facto lawful status (including work authorization and protection from removal) for a 10-year period, which would lead to a “Redemption Program” with the promise of a green card and a path to citizenship.

Without a mandate requiring the Biden administration to enforce the immigration laws at the border and in the interior, however, throwing more money at border enforcement is a futile act, and the Dignity Act includes no such mandate. Worse, all amnesties simply encourage more illegal immigration, and Salazar’s proposal would be no different.

My former Democratic colleague on Capitol Hill Nolan Rappaport is a bit more sanguine when it comes to Salazar’s amnesty proposals, but even he argued that “It is unrealistic to expect significant Republican support for the Dignity Act if it isn’t revised to require meaningful certification of border security before its legalization programs are implemented.”

Proving Rappaport’s point, the act currently has just seven cosponsors (all Republicans), one of whom — Alaska Rep. Don Young (R), subsequently passed away in March.

A GOP that Fails to Secure the Border Will Lose. Hispanic support will be critical to Republican electoral prospects in the November midterm elections, and to all subsequent ones. The Hispanic voting bloc is no monolith, but many therein share political views in line with the conservative values that define the GOP.

Protecting workers, supporting small business, getting crime and drugs off the streets, and ensuring quality education for kids are winning issues for a Republican party looking to secure Hispanic votes. Amnesty, however, is not, because while immigration is more important to Hispanics than to other parts of the electorate, it’s not among their biggest issues, and a GOP that fails to secure the borders is one that is sure to lose.