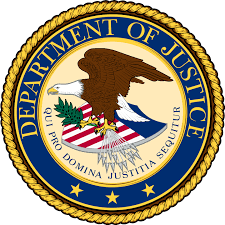 The Department of Justice (DOJ) revealed recently that one Julianna Clare Strout received a year of probation and 50 hours of community service for fraudulently sneaking into an ICE detention center in Florida in October 2021. Strout, a former Miss Rhode Island and local government official, was coming to see Venezuelan national Brayan Villarreal, a former pitcher for the Boston Red Sox and Detroit Tigers who is now her husband. At least the Biden DOJ is prosecuting someone for illegal entry, because they are not applying the same rules at the Southwest border.

Julianna Strout. Strout won the crown in the Ocean State in 2009, before losing to Miss Virginia, Caressa Cameron, in the 2010 Miss America Pageant.

In 2018, Strout — now 36 — was elected to the local commission in North Bay Village in Florida. The village describes itself as “a thriving waterfront community situated between the cities of Miami and Miami Beach in the middle of Biscayne Bay”. Her commission ends in November.

Strout’s Offense. According to DOJ:

Three times in October 2021, Strout entered Krome by lying to Immigration and Customs Enforcement (ICE) officials about her reason for visiting. Strout told officials that she worked as a paralegal for a particular law firm and that she needed to visit a detainee to have legal documents signed. In addition, Strout presented officials with a letter on the law firm’s letter-head.

The problem is that Strout didn’t work for the law firm, which had also never allowed her to use its letterhead. On one occasion when she was denied entry, Strout also pulled out her commissioner’s badge and asserted that she was trying to enter Krome as a public official.

DOJ contends that her visits had nothing to do with Villarreal’s case nor were they related to her position as a public servant. “Instead, she was romantically involved with the detainee.” That’s one way of putting it, because Stroud is married to Villarreal (whether she was at the time of the offense is unclear), and the couple is expecting a child in the next few weeks.

Regardless, she was charged with attempting to enter, and entering, a federal facility using fraud and false pretenses, and it looks like it was a pretty open-and-shut case.

Prosecuting Aliens for Illegal Entry. Speaking of open-and-shut cases, entering the United States illegally is a federal offense — punishable under section 275 of the Immigration and Nationality Act (INA) as a misdemeanor carrying a sentence of up to six months and a fine for the first offense and as a felony subject to a possible two-year sentence and a fine for subsequent offenses.

It is an easy case for any prosecutor: The defendant is an alien, a Border Patrol agent avers that he or she apprehended the alien entering illegally, and the alien has no proof of legal entry. Next case.

While others argue with the premise, prosecuting aliens for illegal entry and reentry is an extremely strong deterrent. Even foreign nationals don’t want a federal conviction, let alone one that carries two years in prison.

That’s especially true given the fact that aliens enter the United States illegally to live and work in this country — two ends that are frustrated if they are imprisoned.

Despite this, and even though Border Patrol agents at the Southwest border have apprehended illegal entrants at record levels in the past two fiscal years, the Biden administration has been loath to prosecute aliens for entering illegally under section 275 of the INA.

While prosecution statistics are hard to come by in an administration that has a significant immigration transparency problem, the Transactional Records Access Clearinghouse (TRAC) at Syracuse University published a report last November captioned “Federal Immigration Prosecutions at Record Lows”.

A key takeaway from that TRAC report is that section 275 prosecutions have plummeted under the Biden administration, falling from a high of more than 8,700 per month under the Trump administration in August 2018 to just 12 in June 2021.

Recidivism. That report notes that there has been a surge in recidivism among illegal entrants of late, a point that both the administration and those with a more relaxed view of immigration enforcement than me have harped on to explain away the scope of the humanitarian disaster at the Southwest border.

Briefly, the recidivism rate is calculated by dividing the number of “unique” aliens apprehended multiple times by the total number of apprehensions, usually over a 12-month period.

CBP reports that the recidivism rate at the Southwest border in FY 2022 was 27 percent, up from 26 percent in FY 2021, meaning that just over a quarter of all the aliens Border Patrol apprehended in the past two fiscal years were apprehended more than once. The latest CBP reporting starts in FY 2015, when the recidivism rate was 14 percent, dropping to a low of just 7 percent in FY 2019.

That said, recidivism at the U.S.-Mexico line is not a new phenomenon, and those recent percentages are lower than historical trends. According to a 2017 DHS analysis, the Southwest border recidivism rate was at or above 30 percent from FY 2005 until FY 2009, only falling below 25 percent in FY 2011.

During that period, most illegal entrants were single adult males from Mexico, who would be quickly processed and either subjected to expedited removal or allowed to return across the border voluntarily, where many came right back.

As the percentage of illegal entrants from countries “other than Mexico” increased, the recidivism rate dropped.

Title 42. So why has recidivism ticked back up in recent years? The commonly accepted explanation has to do with orders issued by CDC under Title 42 of the U.S. Code, which direct the expulsion of all aliens who have crossed the Southwest border illegally. Those orders, like the one closing Krome to social visits, were issued in response to the Covid-19 pandemic.

The rationale behind Title 42 is that detained aliens in “congregate settings” like CBP processing centers or ICE detention for long periods of time are more likely to contract and transmit Covid-19. CDC’s Title 42 orders, which direct DHS to quickly expel apprehended migrants, thus shorten the period that the novel coronavirus can be contracted and spread in DHS custody.

The problem, as the Migration Policy Institute has recently explained, is that “migrants subject to Title 42 are expelled without immigration charges, which incentivize some to attempt irregular re-entry multiple times”. Hence, the recent rise in recidivism.

That said, the number and percentage of illegal migrants who have been expelled under Title 42 has also plummeted under the Biden administration.

Removing the Incentives. Which brings me back to criminal prosecutions under section 275 of the INA for improper entry and reentry.

Nothing in CDC’s Title 42 orders prevents DHS from referring recidivist aliens to DOJ for prosecution. And note that an alien can be prosecuted for illegal reentry under that provision without being first prosecuted or ordered removed for any prior entry. Here’s how section 275(a) of the INA reads, in pertinent part:

It likely won’t take DHS referring more than a few hundred aliens to DOJ for felony prosecution under section 275 of the INA for the word to spread that Title 42 is not a free pass to come back in.

And, given the fact that more than 65 percent of all aliens apprehended by Border Patrol at the Southwest border have not been expelled under Title 42 of late, the Biden administration is plainly not unduly concerned about keeping illegal migrants in congregate settings.

If DOJ can prosecute a former Miss Rhode Island for entering a federal facility to see her boyfriend/husband using fraud and false pretenses, it can prosecute a few hundred aliens for entering and reentering the United States illegally. Strout’s not likely to do it again, but many of those aliens most assuredly will.