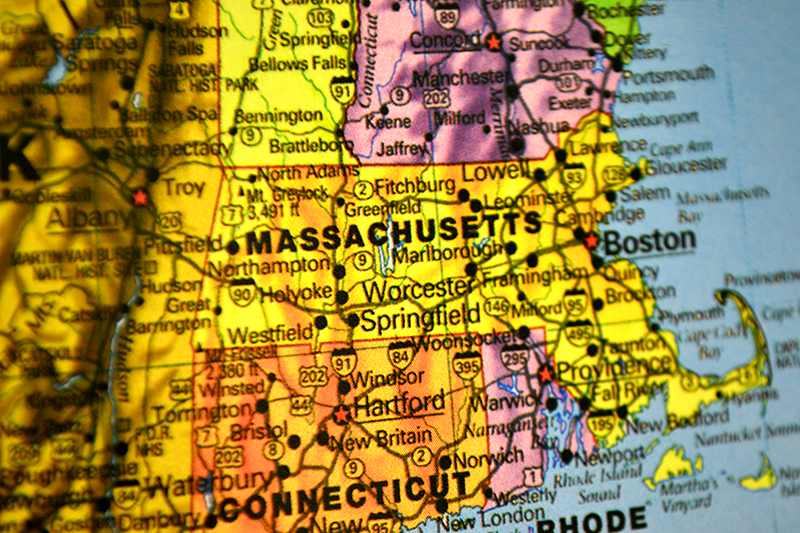 On Tuesday, the U.S. Court of Appeals for the First Circuit vacated a district court injunction of an ICE directive that formalized its policies regarding immigration enforcement actions in state courthouses. It is the second stage of the process, not the last.

This is one of those cases in which the issues, while seemingly mundane and straightforward, hang on 18th century common law principles, and their application to the 20th century Immigration and Nationality Act (INA) of 1952, as well as the current 21st century political climate in the age of President Donald Trump. I will endeavor to keep the First Circuit's well-written and reasoned decision — by turns both earthy and replete with legalese — as simple as possible.

In early 2018, ICE issued the directive, which guides its agents and officers in arresting aliens sought for immigration-related offenses in courthouses and the areas around them.

It describes the sorts of offenders that the agency will arrest in the courthouse setting (including specific targeted aliens with criminal convictions, gang members, aliens posing a threat to the national security or public safety, absconders, and illegal reentrants), when it will arrest them (when ICE believes they will be present), where it will arrest them (preferably in non-public areas in coordination with courthouse staff, but avoiding when possible non-criminal proceedings), and whom it should avoid arresting (family members, friends, and witnesses, unless they pose a threat to the public or attempt to interfere with the arrest).

Two Massachusetts district attorneys and a non-profit in the area filed a suit against DHS and ICE, challenging the agency's arrest of aliens attending court on official business. Their primary argument was that, under the INA, ICE lacks the authority to make such arrests because that law incorporates an ancient common-law privilege that prevents civil arrests of parties and witnesses who are attending court proceedings.

In June 2019, Judge Indira Talwani of the U.S. District Court for Massachusetts in response issued a preliminary injunction preventing ICE "from civilly arresting parties, witnesses, and others attending Massachusetts courthouses on official business while they are going to, attending, or leaving the courthouses." I wrote about that order and its ramifications for immigration enforcement in a post shortly after it was issued, and in an earlier post, I had argued that Judge Talwani should recuse herself because of prior, well-publicized statements she had made. (She didn't recuse herself.)

The circuit court did not discuss that latter issue, but examined Judge Talwani's decision at length. It concluded that she had abused her discretion in concluding that the plaintiffs had satisfied their burden of showing they were likely to succeed on their argument that Congress, in the INA, had implicitly incorporated a common-law privilege against civil arrests for those who are going to court on official business.

Notably, the plaintiffs did not challenge ICE's ability to perform criminal arrests in courthouses or their vicinities, a power that is expressly conveyed in sections 287(a)(4) and (5) of the INA. And they did not raise a challenge to the agency's power to arrest aliens who are brought to federal or state courthouses in custody for civil immigration offenses (removal proceedings are civil, not criminal, in nature, a critical point in this case). Rather, their focus was on ICE's lack of authority to arrest those travelling to courts to attend to official business.

Section 236(a) of the INA provides ICE officers with the authority to arrest removable aliens with a warrant, and section 287(a)(2) of the INA allows for the warrantless arrests of a removable alien on civil immigration grounds if the alien "is likely to escape before a warrant can be obtained for his arrest" (which is why, for example Border Patrol agents are able to arrest aliens entering illegally without a warrant).

The plaintiffs, notwithstanding these authorities, argued that courthouse arrests are not permissible under the so-called "nonderogation canon" of statutory interpretation. The circuit court explained:

The nonderogation canon instructs that "[s]tatutes which invade the common law ... are to be read with a presumption favoring the retention of long-established and familiar principles, except when a statutory purpose to the contrary is evident."

For those who are not familiar, common law is that law derived not from statute, but rather from custom and judicial precedent. Much of our common law was adopted from the English courts at the time of our nation's independence, and built upon since then.

A corollary of this canon is that Congress knows the limits and requirements of the common law, and writes statutes accordingly. The problem is that the common law in this scenario is not as clear as the district court had found it to be.

Traditionally, to pull a defendant in a civil suit into a case, a plaintiff obtained a writ from the court, which directed the sheriff to take the defendant into custody. A body of law, however, grew up to protect parties and witnesses to court proceedings from "some of these forms of civil arrest". This protection was intended to facilitate the functioning of courts by removing a disincentive for parties and witnesses to appear at the first proceeding, knowing or suspecting that they may be civilly arrested for the second.

Over time, such arrests were replaced in civil cases by summonses, but there was disagreement among the courts as to whether the same privilege applied to a summons as it did to a civil arrest. It was ultimately settled that it did.

The circuit court held, however, that even if the privilege did exist at the time that the INA was originally written in 1952, the plaintiffs in this matter failed to show "there was a long-established and familiar common law rule protecting against civil arrests against the sovereign" — here, the U.S. government, acting through ICE. Thus, the court could not presume that Congress had incorporated that privilege into the INA.

And, the circuit court concluded, "civil immigration arrests differ from arrests in private civil suits in a key respect", that is, they "are initiated by the sovereign in order to vindicate uniquely sovereign interests" — that is, the control and presence of aliens in the United States, an exclusively sovereign duty — as opposed to "private or proprietary interests". It is beyond cavil that private citizens cannot bring suit to remove an alien, and under Arizona v. U.S., the several states cannot do so, either.

This led the circuit court to conclude that, at common law, courts would likely have treated immigration arrests like criminal arrests for purpose of the privilege.

For both of these reasons, the circuit concluded that the plaintiffs were unlikely to prevail on this argument, and vacated the injunction.

As a fallback argument, the plaintiffs alleged that the arrest authority in the INA should not be read to allow ICE agents and officers to conduct courthouse arrests in violation of Massachusetts' state law, on a statutory-preemption theory (that is, that Congress would not have intended such an interpretation). That argument, similarly, largely rested on Massachusetts alleged common-law privilege against courthouse arrests.

The circuit interpreted this argument in terms of federalism, in other words, that the INA should not be read to upset the balance between state and federal powers absent a clear statement that was Congress's intent. The problem was that the district court had not rested its injunction on this ground, and the record provided no clear evidence of the scope of Massachusetts' policy on courthouse arrests.

While there was limited case law on the issue, it was clouded by other facts, including that in November 2017, a set of rules was promulgated by the chief justice of the Massachusetts Trial Court. Those rules recognized the fact "that ICE officers may otherwise conduct civil immigration arrests in courthouses as long as they follow certain procedures and do not disrupt court operations." The rules indicated to the circuit court that Massachusetts courts "do not object to all official immigration arrests of" aliens "attending court on official business".

And, of course, those November 2017 rules are "seemingly at odds with the plaintiffs' interpretation of the Massachusetts common law privilege", as DOJ argued and the circuit court recognized. If the privilege existed, the rules would not have been necessary, and in fact would have been contrary to the privilege.

To fill in some of the blanks, the circuit court remanded the case back to Judge Talwani.

In the interim, it is possible that the chief justice of the Massachusetts Trial Court may attempt to issue new rules more tightly circumscribing (if not eliminating) ICE's ability to perform courthouse arrests. Being unfamiliar with court politics in the Bay State, I am not in a position to opine on the likelihood of such an outcome. But, in any event, the remand will allow Judge Talwani to fill in some of those blanks through briefing and evidence.

In other words, this is the second step, but likely will not be the last.