Expand the Board of Immigration Appeals 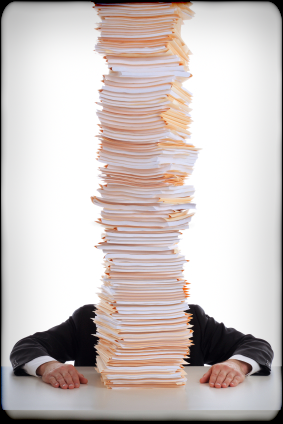 Although there has been much discussion lately (including by me) about the backlogs before the Immigration Courts, the courts are not the only bottleneck preventing the efficient adjudication of removal cases.

In its recent report on backlogs in the immigration courts, the Government Accountability Office (GAO) also described the backlogs facing the Board of Immigration Appeals (BIA). According to the Executive Office for Immigration Review (EOIR), the Justice Department agency with jurisdiction over the BIA:

The [BIA] is the highest administrative body for interpreting and applying United States immigration laws. The BIA is authorized 17 Board Members, including a Chairman and Vice Chairman. Primarily, the BIA reviews appeals from certain decisions that immigration judges and district directors of the Department of Homeland Security (DHS) render, ensuring that the immigration laws receive fair and uniform application. The BIA decides each appeal on a case-by-case basis, affording each case the necessary time and consideration to ensure fairness. BIA decisions are binding on all immigration judges and DHS officers.

Although, as the regulation above demonstrates, the BIA is authorized to have 17 Members, there are only 16 Members who are sitting currently.

Unlike the swelling backlogs in the immigration courts, the GAO found that "[t]he appeal backlog — the number of appeals pending at the start of each fiscal year — declined by 40 percent" between fiscal year (FY) 2006 and FY 2015. While this might seem to be a success story, the truth is somewhat different.

Even if the differences in these percentages were lower, however, 211 days for the BIA to issue a decision is still too much time, particularly considering the fact, as GAO found, that "[a]t the start of [FY] 2015, immigration courts had a backlog of about 437,000 cases pending and the median pending time for those cases was 404 days." This means that on average, it took EOIR 615 days to complete a single case at the administrative level.

The BIA's inability to improve its performance more, given its caseload, is all the more problematic given the fact that, as GAO notes: "From fiscal year 2006 to fiscal year 2015, single BIA members annually reviewed 90 percent or more of completed appeals." BIA decisions were issued by three-member panels up until 1999, when, as the American Bar Association has noted, a new "rule permitted a single Board member to issue decisions in a limited range of cases." That said, the Justice Department admitted that: "Over 58 [percent] of all new cases in 2001 were sent to be summarily decided by single Board member review through streamlining."

In 2002, the Justice Department issued new regulations that made single-member BIA decisions the norm. Under 8 C.F.R. § 1003.1(e), the chairman of the BIA:

[S]hall establish a case management system to screen all cases and to manage the Board's caseload. Unless a case meets the standards for assignment to a three-member panel under paragraph (e)(6) of this section, all cases shall be assigned to a single Board member for disposition.

Cases may only be assigned for review by a three-member panel if the case presents one of these circumstances:

(i) The need to settle inconsistencies among the rulings of different immigration judges;

(ii) The need to establish a precedent construing the meaning of laws, regulations, or procedures;

(iii) The need to review a decision by an immigration judge or the Service that is not in conformity with the law or with applicable precedents;

(iv) The need to resolve a case or controversy of major national import;

(v) The need to review a clearly erroneous factual determination by an immigration judge; or

(vi) The need to reverse the decision of an immigration judge or the Service, other than a reversal under § 1003.1(e)(5).

Logically, were the 16 current members of the BIA to issue more decisions in three-member panels, the BIA's backlog would likely increase, and it would take more time for the BIA to issue a decision.

That said, there are certainly instances beyond those listed in statute where a three-member panel would be preferable. Each BIA member, like each judge, evaluates evidence differently. Explanations that may appear reasonable to one member may not appear the same to two others.

Increasing the number of BIA members, and broadening the range of decisions that three-member panels hear, therefore, might both improve the quality of the BIA's decisions as a whole, and shorten the appeal period for the cases the BIA reviews.