Why no non-detained merits calendar? 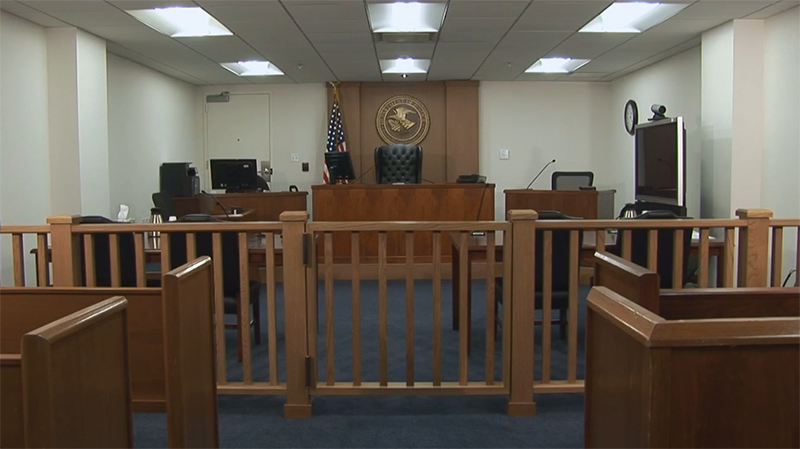 According to the website of the Executive Office for Immigration Review (EOIR), the Department of Justice (DOJ) component with jurisdiction over the immigration courts and the Board of Immigration Appeals, EOIR has closed 11 courts and cancelled all non-detained hearings in response to the Wuhan flu. This raises the question: Why hasn't EOIR scheduled non-detained merits cases at the courts that remain open, in lieu of shuttering them?

I previously wrote about this issue in a March 14 post captioned: "WaPo Misses Key Points on Wuhan Flu: To flatten the curve, don't clear the detention centers and don't close the courts". As I stated therein:

Limiting the spread of the flu in the United States is critical to "flattening the curve" of cases, and ensuring that our medical facilities have the resources that they need to treat those who are infected, and are not overwhelmed.

Reducing the number of migrants who enter illegally puts CBP in a better position to medically screen those it apprehends, and can send migrants who need to be quarantined because they have Wuhan flu or some other communicable disease to [National Center for Emerging and Zoonotic Infectious Diseases] border "[quarantine] stations".

To reduce the number of migrants, DHS needs to detain as many aliens who have entered illegally as possible, and the immigration courts need to adjudicate all removal cases as quickly as possible.

So much for that latter piece of advice. By Sunday, EOIR had postponed all master calendar hearings for those who were scheduled through April 10. On Tuesday, it cancelled even the non-detained merits cases, leaving only detained cases in the remaining open courts.

Even that is not sufficient for the immigration judges' union, however. Its president stated on Tuesday: "The scientific, evidence-based opinion of public health experts can only lead to one conclusion for us all who are connected with the immigration court system, and that is to immediately and temporarily close all of the immigration courts nationwide."

Keep in mind, this is the same organization that complained during the five-week government shutdown that closed non-detained courts in December 2018 and January 2019 that such closure could push back thousands of cases on pending dockets "indefinitely". In the context above, "temporarily" means "indefinitely", and an indefinite closure of all immigration courts would exponentially delay the completion of cases, and swell the backlogs that are clogging the courts.

There are three points to be made with respect to detained courts remaining open. The first is that the immigration judges and their staff members in those courts should all be at least more than the recommended six feet away from anyone else in the court already. No one, aside from my bailiff and my clerk, came anywhere near me, and even then, they were no closer than the woman who gave me my receipt in the Chick-fil-A drive-through line this week, or the chatty check-out clerk at my local Safeway on Tuesday night.

The second is that detained respondents have quicker access to medical care than anyone reading this who does not actually live with a physician, physician's assistant, or nurse. Detained facilities screen aliens when they are admitted, and aliens can request medical care if they feel ill, which is usually if not always available on site. Keep in mind: detained facilities have a vested interest in responding quickly to any communicable disease, and the prison to which my detained court was attached had what are known as "zero-airflow" rooms, where those with airborne illnesses (like the Wuhan flu) are quarantined.

For what it is worth, there is no reason for the government attorney to come into contact with anyone other than the bailiff or the clerk. If the attorneys want a "side bar", where counsel consult with the judge, the courtroom can be cleared.

That leaves only counsel for the respondent, who generally sits next to the alien. Accommodations can be made for any lawyer who is concerned about coming into contact with his or her client, but as noted, the respondent is likely at more risk from his or her lawyer than vice-versa. And this concern is not valid with respect to any attorney who has met personally already with the respondent.

The third point is that if detained courts are closed, it is the detainees who are awaiting their hearings who will suffer. Some of those detainees have valid claims that will not be heard until that "temporary" closure ends (whenever that is), and even those who don't can have their cases heard and be removed. If detained courts are closed, they will, likely, remain detained indefinitely.

The first two points would apply to non-detained merits cases, as well.

There is significant distance between the immigration judge and clerk on the one hand, and the parties on the other, in those cases, as well as between counsel for the respondent and government. Witnesses are generally sequestered until they are called, so they are usually not crowding the courtroom. And while respondents are allowed to have family and friends present to support them, they either (1) have constant contact with each other to begin with or (2) can sit far enough apart in the courtroom to provide sufficient space.

If anyone is truly as concerned about the backlogs in the immigration courts, as the immigration judges' union asserted it was in January 2019, this period of social distancing offers the perfect opportunity to hear, and resolve, many of the hundreds of thousands of pending cases on the docket, as EOIR had initially proposed.

The union president contended, however, that the union's concerns extended beyond the courtroom: "[E]veryone in the court system needs to commute to work, often on public transportation 'standing shoulder-to-shoulder in long security lines, riding in crowded elevators and being placed in cramped waiting rooms and courtrooms bursting at the seam with people.'" With due respect to her (for whom I do have a great deal of respect), there is not a lot of actual merit in these complaints.

Plenty of people, even today, have to ride in elevators with other people, and have to commute to work. Facilities and public transit are taking steps to make sure that they able to do so as safely as possible. If we were all simply sitting in our homes waiting for Amazon or Walmart to drop our daily necessities on the front stoop and then back away, I could see validity in this argument, but that is not how the country is actually operating, even in the time of social distancing.

The other complaints are purely logistical. Waiting rooms would be less crowded if only merits cases were being heard in non-detained courts, and detained courts can make accommodations to reduce crowding (at my court, the officers ran a tight ship in the waiting room). And, as it pertains to security lines, I always keep a respectful distance from the person in front of me, especially the person being screened — I don't want to be told twice by the officer running the screener to stand back.

NBC News adds that there is an immigration judge in Denver who is at home with symptoms, and an attorney in Atlanta who has tested positive for the disease, but there is no suggestion in that article that they caught it in court. As of Thursday morning, according to the CDC, there are 10,442 cases of the illness in the United States. I can guarantee you that all but a handful of those affected could not even find an immigration court, and even fewer have ever been in one.

I am not downplaying any actual risks of exposure to the Wuhan flu. It is hard not to conclude, however, that complaints about the immigration courts remaining open simply reflect an attitude that the backlogs have already grown out of control, and that shutting the courts down for weeks or months are not going to make much difference one way or the other.

By the way, how many doctors do you know who are concerned about crowded waiting rooms or the risks of commuting, let alone direct contact with patients? For that matter, even Home Depot is still open.

Finally, I would note, Border Patrol agents still have to work, all day, every day, even though they have much closer contact with aliens than immigration judges do, and none of those aliens have been screened by anybody. Completing immigration cases may not be as important as saving lives, but it does reduce the incentives for aliens to enter the United States to begin with, which as noted will stem the flow of new entrants, some of whom may have been exposed themselves.

That will make the job of those agents easier, and safer.